Russian rap as the basis of Russia's geopolitical security 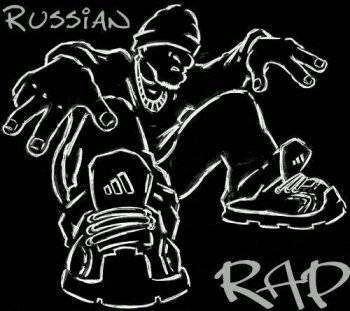 Do not laugh at the title of the article. And yes, the author of this material still likes a good Russian rap with a meaning.

Today the world is ruled by mass media. The simplest example of such a government is the color revolutions of recent years. The organization of such events was largely carried out thanks to social networks and appeals of popular bloggers to disobey the authorities.

With the help of rap, even the correct words of the rulers of the states, selectively presented to the feet of active, but not always politically savvy youth, turned around.

An example of this is the rap-remix of the speech of the Libyan leader Muammar Gaddafi, called "Zenga Zenga Song".

During the tragic Libyan events of 2011, this composition, created by 31-year-old Israeli journalist and musician Noah Aloosh, scored over a million views on YouTube.

For promotion of his remix, Alooshe also actively used the social networks “Twitter” and “Facebook” controlled by Western special services.

In the title of the track "Zenga Zenga Song" the word "zanga" was played up, which in Arabic means "lane". The track "Hey Baby" by American rappers Pitbull and T-Pain was used as a musical basis for the track.

The basis for the clip was the speech of Muammarr Gaddafi, which was broadcast on state television on the evening of February 22 of the year 2011.

In it, the Libyan leader called on the people of Libya to fight against the opponents of the country, and also said that he would not abandon his people and would purify the country from enemies “quarter after quarter”.

It was the last sentence that was torn out of Gaddafi’s speech. As a result, simple Libyan youth saw a “bloody tyrant” on the screens of their computers and mobile phones, to the simple melody of those who threatened to “purge the house behind the house, lane behind the alley”.

This is the session of mass hypnosis that Libyan fighters used to make this song their unofficial anthem. According to the author of the clip, the grateful Libyan "oppositionists" promised him to "dance under the Zenga Zenga Song" in the squares, when the Gaddafi regime will finally fall.
As you can see, in this case, rap was used as a means of forming the “right for customers” public opinion, which eventually led to the collapse of the country into several parts.

REP WITHIN THE FRAMEWORK OF RUSSIAN REAL ESTATE

For rap culture, common in Russia, characterized by such features as:
• Mass;
• The largest percentage of young people among students;
• The presence of cult performers, the texts of which are cited almost more often than the poems of the great Russian poets.

Through rap, which is based on the artist's own text, performed with rhythmic music, texts of any direction can be heard.

As mentioned earlier, the main consumer of rap music is the youth of transition age, which is characterized by:
• Undeveloped political and social views;
• Lack of clear guidelines and authoritative opinions.

Such authorities for young people are rap artists, who not only give recommendations to the young about what is right, they also do it with the simplest sound that a person perceives and remembers - a rhythmic beat.

Young people in rap artists of their informal leaders, from which still weak organisms, to put it in simple words, are waiting for a clear paternal distinction on the topic: “What is good and what is bad?”

Russian rap, whose birthplace is the United States - is, in fact, the same age as modern Russia. Having absorbed elements of Western culture, Russian rap, nevertheless, has its own flavor, which can be used in various work with the Russian youth.

Realizing the popularity of rap among Russian youth, many channels began to be broadcast news programs whose speakers are popular rap artists.

The purpose of this innovation is to introduce the Russian and world news, which is popular among young people, from the perspective of Russian politics.

An example of such a project is Rap-Info, organized with the support of the RIA-Novosti news agency.

In this program, the news is in the format of rap reads. The leading performers are popular performers Dino mc and ST. The program covers the most popular topics, whether riding with flashing lights, protests in Turkey or problems in the field of education.

Through the lips of the hip-hop movement stars, the Russian state-owned media bring the world's major news to young people, shaping the opinion of young people about global issues within the framework that is optimal for the Russian political leadership.

Russian rap is used as a means of conveying and popularizing among the younger generation the political views of a particular political party, and even individual politicians.

An example of this is rap melodies recorded by the leader of the Liberal Democratic Party of Russia, Vladimir Zhirinovsky. In them, a bright Russian politician with words accessible to young people gives answers to such questions as:
• The true enemies of Russia;
• The reasons for the wrong decisions of certain politicians;
• Consequences of the NATO bombing of cities in an independent Iraq.

An even more vivid example is the final of the TV project “Battle for respect”, the main meaning of which was the verbal battle of young rap artists.

Surprise for viewers was the final of this project, which was personally visited by the then head of the Russian Government, Vladimir Putin.

The prime minister said on the air: “Those young people who are engaged in these kinds of art in our country also bring their own Russian charm. After all, rap, even urban rap, street a little rough, is filled with social content, talks about the problems of society, about the problems of youth. ”

As seen, the importance CORRECT The use of Russian rap is realized by politicians of even the highest level.

In addition to politics and advertising, the current use of rap in the media can boast of such television projects, in the format of which youths can be heard calling for a healthy lifestyle.

With the help of rap, film reviews of the best Russian films are made, and, what is most pleased with the author of this material, the main excerpts from the works of the great Russian writers and poets are presented.

One of the elements that made rap so popular among Russian youth was not only the fashion for foreign music, but also the fact that thanks to this style of music, Russian-speaking Russian young performers could use all the richness and diversity of the Russian language in their lyrics.

And it's not a matter of matte, which many now thought of. The case is in a format due to which in a short period of time the performer can convey to the listener the maximum number of words.

The meaning of the performed compositions is not far behind. Particularly pleasant is the fact that through the rap format, it was poets with a deep inner world who did not know how to convey their text to the masses to convey their works to the listeners.

As can be seen from the above, rap is the basis of modern youth culture, which is successfully used by many interested parties.

Separately, it should be noted that the popularity of rap in other countries of the world could be successfully applied by Russian special services in regions of the world that interest Russia. The example of Libya is a clear confirmation of this.

Speaking of Russia and Russian rap, one should be honest to the end: along with deep and dignified lyrics, rap melodies are often found today that call on young people to take negative actions, whether it is drug addiction or street disassembly.

However, this does not mean the absolute harm of rap. This suggests that this style is multifaceted, and requires careful attention from interested structures that can influence the halls with the Russian youth to be “pumped by the right rap artists,” advocating true values, and most importantly, doing so from pure heart.