11 2013 June
61
As part of the renewal of the equipment of the armed forces, it is planned not only to purchase equipment and weapons that have already been created, but also to develop new types of them. Last Friday, 7 June, there were reports that Russian strategic rocket forces would soon receive a new intercontinental ballistic missile. In the coming months, the serial construction of new ICBMs will begin and they will begin to intercede on combat duty. 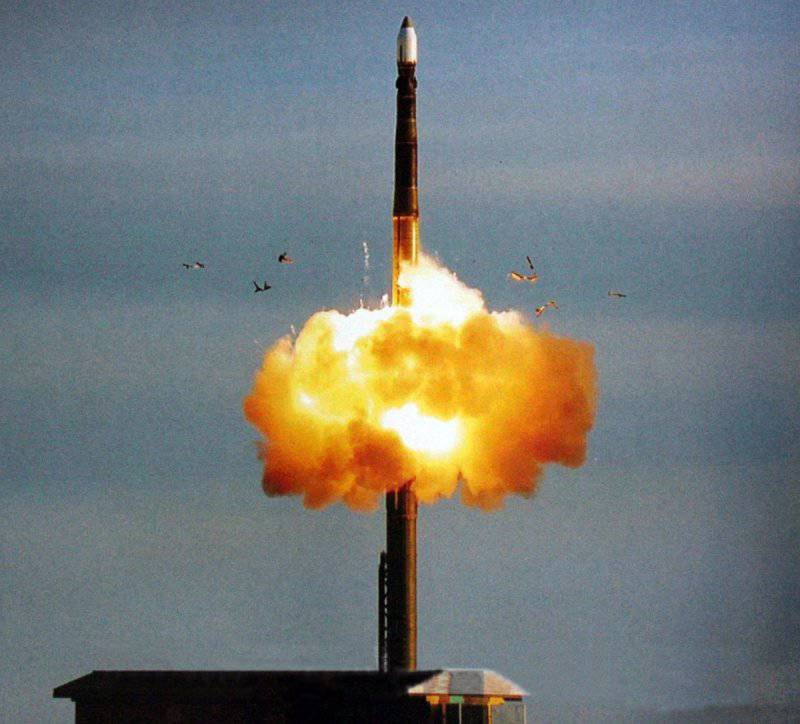 As it became known the other day, 6 June in the evening (Moscow time) at the Kapustin Yar test site took place the next test launch of the rocket, created by the project "Frontier". Within a few minutes, the rocket delivered several training warheads to the training targets. The latter fell on the territory of the Sary-Shagan test site, located near the Balkhash lake in Kazakhstan, at a distance of over two thousand kilometers from the launch site. According to reports, the launch of a promising missile was carried out with a mobile launcher, similar to that used in the Topol and Yars missile systems.

The next day, after a test launch, Colonel-General V. Zarudnitsky, Chief of the Main Operations Directorate of the General Staff, announced some details of the event. According to him, the purpose of the test launch was to work out some kind of missile combat equipment. Also, the Colonel-General noted that this was already the fourth test launch in the framework of the Rubezh project and it was successful. All training warheads hit their conventional targets. Tests and fine-tuning of the rocket are nearing completion. This year, another launch of the Rubezh missile will take place, and if it is successful, the new missile system will be ready for adoption.

For obvious reasons, Colonel-General Zarudnitsky did not speak about the exact characteristics and capabilities of the Boundary. He limited himself to only the most general formulations. The new missile system, according to him, will significantly expand the potential of the Russian strategic missile forces, since it has higher capabilities and improved maneuverability characteristics in comparison with existing systems. More accurate data or numbers were not called.

Nevertheless, the head of the Main Operational Directorate told about the plans of the military department. After the next test launch, the Rubezh missile system will be put into service and the serial construction of missiles will begin. At the same time, the first Rubezh missile systems are scheduled to be put on duty by the end of this year. According to reports, the Krasnoyarsk Machine-Building Plant is currently assembling missiles for testing. Probably, it is this company that will supply the first serial missiles to the Strategic Missile Forces, but some sources mention the upcoming transfer of production to Votkinsk. Now rocket troops are busy preparing the necessary infrastructure and training personnel. Thus, all the preparatory work will be completed before the end of 2013.

Unfortunately, very little is known about the new Rubezh missile system. There is no reliable information even about the exact dates of its development. According to various sources, design work began no later than 2006, at the Moscow Institute of Thermal Engineering. The first launch of the rocket (according to other data, throwing tests) took place at the end of September 2011 of the year and ended in an accident. Two more test launches took place last year, and the last one so far took place last Thursday. Of the four launches, only one ended in an accident, and the other three ended in a successful defeat of training targets.

On the design of the new rocket there is almost no information. According to various sources, "Frontier" was made on the basis of one of the latest solid-fuel rockets created at the Moscow Institute of Thermal Engineering. Thus, the new ICBM could be a deep modernization of the Topol-M or Yars. Based on this information, the launch weight of the rocket is estimated to be no less than 60 tons. There is information about creating a new mobile launcher, significantly different from similar machines of the previous complexes. The rocket, as well as other similar systems, presumably, is executed according to the three-step scheme.

Exact payload data of the promising missile is not available. Earlier in the media was referred to as a monoblock head, and separated from the warheads of individual guidance. From the reports of the latest launch at the moment, it follows that the Boundary was equipped with several warheads. In addition, the rocket carries a certain set of means to overcome the enemy's missile defense.

The “new combat equipment” mentioned by Colonel-General Zarudnitsky raises certain questions, and also serves as a reason for various reflections. For example, the authors of the portal MilitaryRussia.ru suggest that a new maneuvering combat unit may be created for the Frontend missile. This assumption is indirectly confirmed by the fact that the last test launches were made from the Kapustin Yar test site for training purposes at the Sary-Shagan test site. The latter has a set of monitoring tools needed to collect information on the progress of the launch. In addition, Sary-Shagan is located in such a way that foreign reconnaissance tools do not have the ability to monitor the progress of a missile’s flight, and this can be used to covertly test promising systems.

As a result, only the information about the number of test launches, the approximate dates of their completion, as well as plans for adopting the missile complex for arming is reliably known about the Rubezh project. The technical details of the project are still closed to the general public. However, in the current situation, we can draw the appropriate conclusions. The fragmentary data and various assumptions allow us to hope for the emergence of a new intercontinental ballistic missile for the Strategic Missile Forces, which has significant advantages over the existing ones.