15 2013 June
23
The Bundeswehr, the NATO strike force in the past, has undergone significant changes over the past decades. The unification of Germany, the reduction of military equipment, the abolition of universal military duty, an acute shortage of military personnel - all this drastically changed both the German army itself and the concept of it.


According to the deputy director of the Institute for Political and Military Analysis, Alexander Khramchikhin, the Germans were the vanguard of European corruption and pacifism. A significant role in the changes that occurred was played by powerful psychological pressure, which the German society underwent after the defeat of fascism. 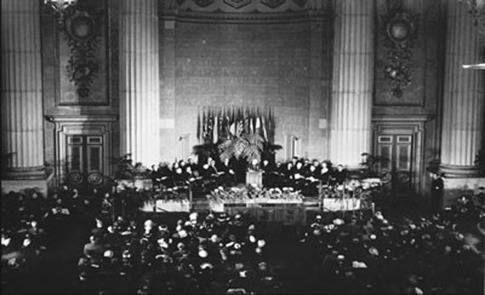 One of the main goals of the creation in NATO’s 1949 of the year was to control Germany, at that time only Western. At the same time, the FRG turned out to be on a potential front line, moreover, on the main line, as well as the failed attack of the Warsaw Pact troops. Therefore, the Bundeswehr became the main striking force of NATO in Europe, in addition, powerful contingents of the USA, Great Britain, France, Canada, Holland and Belgium were deployed on German territory. These forces were combined into two groups of army armies and two air armies. 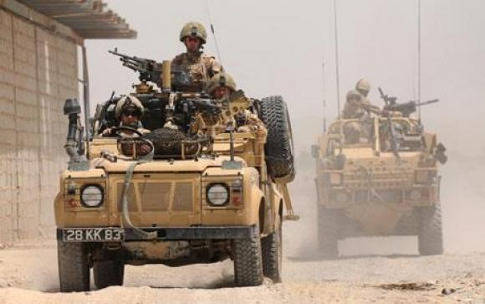 All this is in the distant past. Army groups and air armies are disbanded. The French, the Dutch, the Belgians and the Canadians left Germany long ago. Through the 3, the British contingent will also leave it. This spring, the last American Abrams went home, now only two American brigades (without tanks) and one wing (approximately 100 aircraft) are left in Germany. 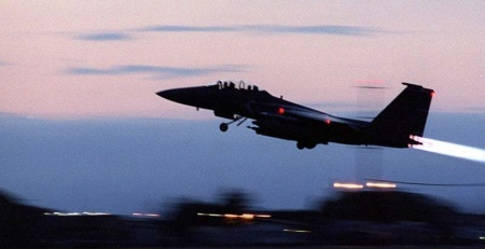 In 1999, the Bundeswehr (represented by the Luftwaffe) joined the battle for the first time since 1945 in the Balkans, during the NATO aggression against Serbia

The Bundeswehr itself has declined many times. First, he sold the equipment of the former GDR, and then - most of the West German, including and quite modern. The federal government put the most powerful German military industrial complex in a very difficult position, not only not providing it with a sufficient volume of domestic orders, but also creating competition for it in the external market by selling off quite modern weapons from the presence of the Bundeswehr.

At the same time, in the 1999 year, the Bundeswehr (represented by the Luftwaffe) joined the battle for the first time since 1945 in the Balkans, during the NATO aggression against Serbia. Then the German contingents were stationed in Kosovo, in Afghanistan, they also took a limited part in some peacekeeping operations in Tropical Africa. In the course of these wars, it became clear that the pacifist anti-fascist psychological pressure, which the German society underwent after the defeat of Nazi Germany, was not in vain. If from the mid-nineteenth to mid-twentieth centuries. German soldiers were distinguished by exceptional courage and the highest level of combat training, but now it was the Germans who became the vanguard of European corruption and pacifism, described in the article "Three to One." 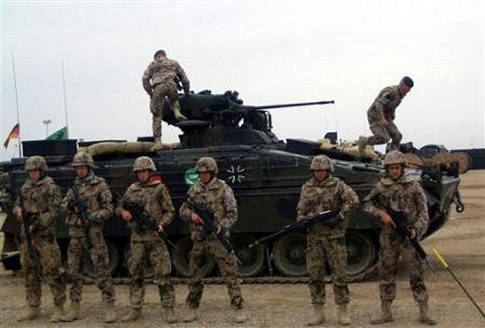 After the abolition of universal conscription in 2010, the Bundeswehr suffered an acute shortage of personnel. However, the abolition of the call was inevitable because at least two thirds of the draftees went to alternative service, and their share was constantly growing. Now Berlin is rapidly closing its presence in Afghanistan, Germany has not taken any part in the Libyan campaign of NATO and in every way impedes any military intervention in the Syrian civil war.

Today the composition of the Armed Forces of Germany is as follows. 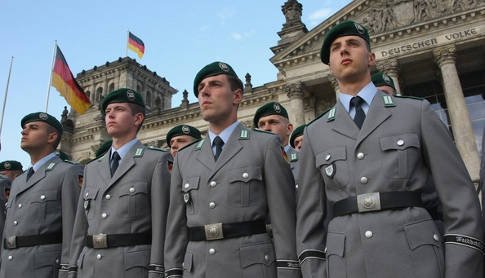 All infantrymen in the German army are called rangers

Ground forces include 5 divisions and a number of other units. These are the 1-I tank division (Hannover) (it consists of two tank brigades: 9-I (Munster) and 21-I (Augustdorf)), 10-I tank division (Sigmaringen) (12-I tank (Amberg) and The 23 mine brigade (Bad Reichenhall) brigade, the 13 motorized infantry division (Leipzig) (37 i (Frankenberg) and the 41 i (Torgel) motorized brigade), airmobile division (Fitshhemme) chit chimes, and airmobile brigade (Fitshhemme) chit chimes, chitmas, chitmas, chisel, chit-chimes, motorized brigades -Mehanized brigade (Fritzlar), combat support brigade (Koblenz), 1 helicopter regiment) and MTR division (Regensburg) (3-I (Saarlius) and 26-I (Oldenburg) airborne santnye Brigade). 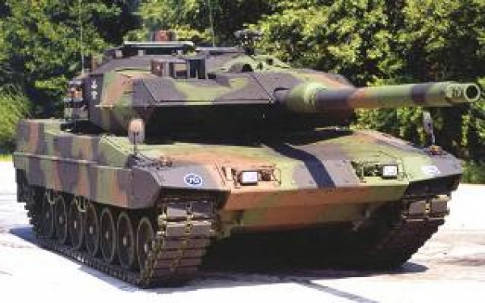 The tank fleet includes 685 "Leoprad-2" and 173 "Leopard-1". The first ones are gradually sold out, the second ones are trimmed into metal and shot at the landfills. 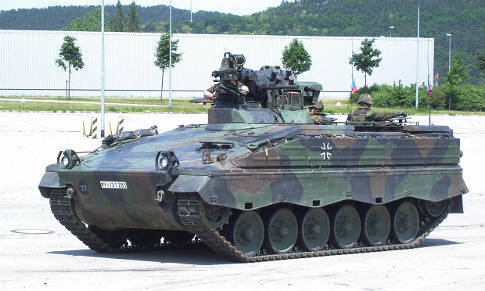 The number of Marder BMPs was reduced to 1581, they should be replaced by the Puma BMP in the amount of approximately 400 (so far, however, there is not a single one).

In accordance with the trends noted in the “Wheel formula” article, the armored vehicles in the German army become the dominant class of armored vehicles. Today the Bundeswehr has their 430 TpZ-1 Fuchs, 51 Boxer, 359 Wiesel (it is, however, sometimes classified as BMD), 74 BV206S, 221 Fenech. 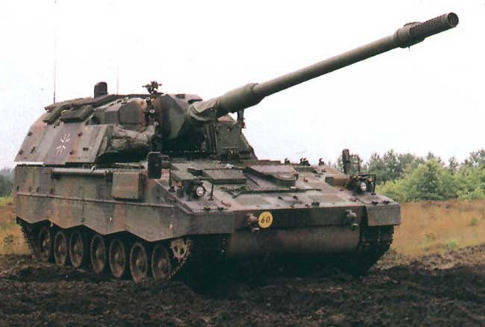 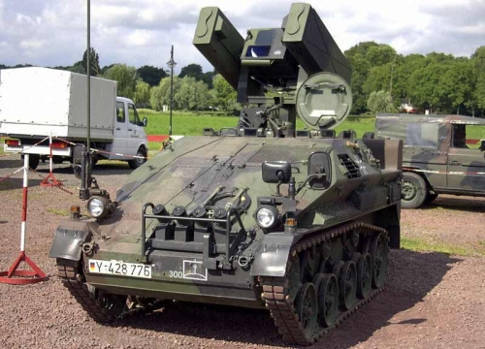 Troops air defense systems include the 50 SAM “Ocelot”, also known as ASRAD (this is the Stinger 4 on the chassis of the Wiesel). 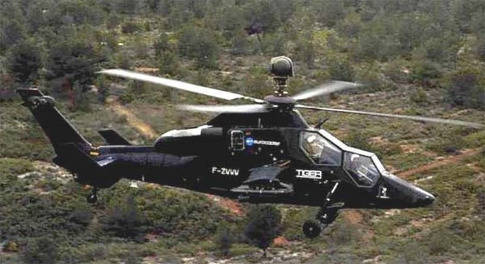 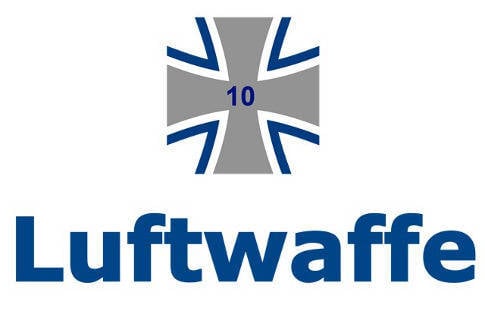 The German Air Force (Luftwaffe) includes the Operational Command and the Central Command (both are in Cologne). 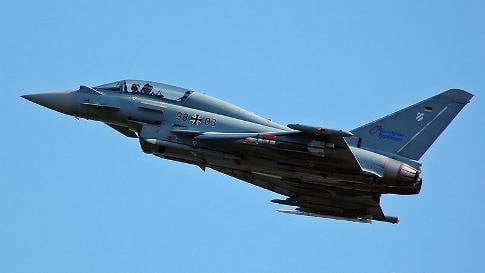 The basis of the combat power of the Luftwaffe are European (German-English-Spanish-Italian) Typhoon fighter-bombers. According to the initial plans of 1986, the German Air Force planned to acquire 250 "Typhoon", in 1998, this plan was reduced to 180 machines, in 2003, to 143. Today put 97 "Typhoon" (including 24 training and combat). The Tornado bomber and 144 F-40F fighter-bombers remain in service with 4, 9 and 3 of these machines, respectively, are in storage in Germany, Tornado 1 and Phantom 15 are stored in the USA at the Davis-Montt base, stored in the USA at the Davis-Montt base. . All “Phantoms” will be written off in the near future, “Tornado” is supposed to leave 85 units for the time being. Accordingly, after the delivery of the "Typhoon" in the Luftwaffe will be about 230 combat aircraft.

Transport aviation includes 2 A-319, 2 A-340, 6 A-310 (including 4 refueling machine), 73 С-160. The Luftwaffe training aviation does not have, pilots are trained in the United States on American aircraft. 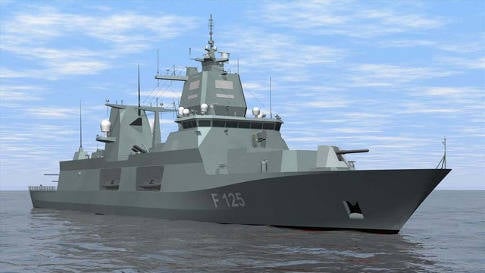 Germany began construction of the most powerful frigate in the world

The German Navy (Bundesmarine) has fewer than 50 combat units. The submarine fleet includes the 4 Submarine Ave 212 (another 2 are under construction), which became the first submarine in the world with a VNEU (see the article “Invincible weapon of the weak”). In addition, 5 decommissioned submarine Ave 206 are sludge. Frigates today the Germans have 13 - 3 of the newest type "Sachsen", modern type "Brandenburg" 4 and old type "Bremen" 6 (another 2 of this type of ship was withdrawn from the Navy and may be sold, the rest " Bremen "). In addition, the Bundesmarine 5 includes corvettes of the Braunschweig type, 8 missile boats of the Gepard type (in the sediment still 2 Hepard and 2 of older Albatross) and 20 minesweepers (10 etc. 332, 5 etc. Ave. 333 pr. 5).

In general, having declined over the course of two decades by several times or even orders of magnitude in all classes of military equipment, the Bundeswehr remains one of the largest European armies, since the rest have declined almost as radically. However, the German army is no longer the main NATO strike force in Europe. This definition in relation to the current European armies is now inapplicable in principle.