China on the verge of a powerful crisis 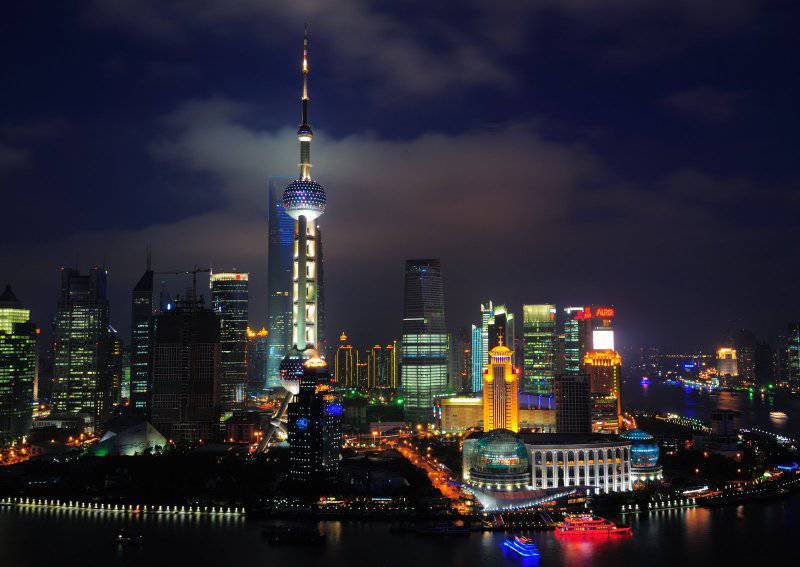 Less than five years after the crisis in the United States, another leading power, China, faced similar problems.


No sooner had the world economy recovered from the effects of the mortgage crisis in America, but the bubble was already inflating at the other end of the earth. Like the US on the eve of the largest financial crisis in stories, China has faced three dangerous problems: rapidly growing real estate prices, the indiscriminate distribution of loans and an uncontrollable shadow banking system, increasingly resembling a pyramid. In the coming years, the authorities of the Middle Kingdom will have to make serious sacrifices. After all, to limit the freedom of the "gray" financiers, who by activity have already successfully compete with traditional banks, is to abandon the rapid growth of the economy. Not to do this is to repeat the American script. Whatever decision the Communist Party makes, its consequences will affect the whole world.

Traditional bank loans still remain the main source of financing for the real sector of the Chinese economy, but other channels are gaining popularity at a much faster pace. So, according to S&P, since 2010, the annual growth dynamics of lending in the shadow banking system in the PRC is about 34%. At the same time, the volume of loans issued by ordinary banks increased by only 14%. The reason for this imbalance is prosaic: due to tight monetary policy in Beijing, 97% of 42 million small and medium-sized businesses, according to Bloomberg, simply do not have access to bank loans.

Trying to slow down inflation, local regulators are forced to limit not only the work of the printing money machine, but also credit activity. The authorities are tightening reserve requirements for banks in order to combat the deteriorating quality of loan portfolios. That is why it is almost impossible to get a loan to small and medium businesses - such enterprises are cut off at the application consideration stage. This forces them to borrow in the gray market and pay up to 30% per annum, although the standard bank loan rate rarely exceeds 7%. As a result, now, according to GF Securities estimates, the volume of the shadow banking sector in China reaches 4,8 trillion dollars, that is, about 57% of the country's GDP, about four times more than in the 2008 year.

Know the enemy in person

Shadow banking is a fairly common phenomenon in the world. But financial markets in different countries are at different stages of development. Legislation is also different, which means loopholes in it. Therefore, shadow banking has a thousand faces, but its overall definition is quite simple. According to the International Financial Stability Board (FSB), under the shadow banking refers to any credit relations with the participation of structures outside the official banking system. Modern shadow banking in China is not an underground office for issuing expensive public loans, as in the beginning of 2000's. Now the main players in this market - trusts and broker companies - have quite legal status and, by lending to the representatives of the real sector, are major participants in the country's financial system. According to the Financial Times (FT) calculations, their own assets exceed 1,1 trillion dollars - only banks have big assets.

The situation in the PRC increasingly resembles a decade-old American Wall Street with its dubious financial instruments without adequate support and supervision from regulators. “Products offered in this market lack transparency, they are based on high-risk investments and are outside the legislative field. Such a combination can create a domino effect, ”says Dun Tao, chief economist for Asia at Credit Suisse. In fact, the only difference between the Chinese shadow banking system and Western models (for example, the American one) is the relative simplicity of the schemes. Instead of complex structured products produced through special subsidiaries SPV and SIV, here are applied direct borrowing schemes through ordinary loans. Local banks do not create subsidiaries to clean up their own balance sheets, as happened in the United States before the mortgage crisis. Instead, they use existing trusts, acting as a kind of intermediaries between investors and borrowers for a certain percentage.

Banks at the same time

Under the conditions of rigid dictates of interest rates by the monetary authorities, banks became the main source of financing of the shadow credit sector. Attracting investors with higher rates in comparison with the yield on bank deposits, they managed to create a whole line of so-called Wealth Management Products (WMP), the funds from the sale of which are subsequently invested in gray funds. For investors, it is much more profitable than ordinary deposits: WMP bring their owners about 6% per annum. Moreover, the funds lend money to businesses already under 20-30% per annum.

These off-balance sheet products have gained enormous popularity: according to estimates by the Chinese agency CNBenefit, by the end of last year, the volume of WMP issued amounted to about 3,2 trillion dollars. According to a study by the People’s Bank of China, conducted in Wenzhou City District (Zhejiang Province), where about 9 million people live, up to 2011% of the population and up to 90% of companies participated in gray lending schemes in 60. At the same time, courts of different instances already consider claims for the bankruptcy of such borrowers in the amount of 7,5 billion dollars - in 6 times more than a year earlier.

Experts are particularly concerned about the opacity of WMP: buyers often have no idea what their money is spent on and do not realize the risks. A study of FT, which studied about 50 WMP Chinese banks, showed that only a few of them were able to explain to a potential investor where the funds would be invested. “No one really knows where and on the security of which assets hundreds of billions of dollars are invested. Often, collateral for such loans are revalued assets in risky projects that are not capable of generating sufficient cash flows to pay off debts, ”says Mark Williams, senior Asian economist at Capital Economics.

Additional risks for the national banking system also include the very scheme for raising and reinvesting funds within the framework of WMP. According to CNBenefit experts, over 60% WMP in 2012-m had a maturity of three months, while the fund lends money for at least a year. Sometimes with long delays in repayment of debt, credit institutions are forced to use the funds of new depositors in order to pay off old customers. “From a fundamental point of view, such schemes are a financial pyramid,” says Xiao Gang, Chairman of the Board of Directors of Bank of China. “Music will stop playing as soon as investors lose confidence in these structures.”

So, in the financial sector of China, the smell of fried. This smell is already felt on both sides of the ocean. For foreign investors, the parallels between Chinese shadow loans and the ill-fated pyramid of the American mortgage are obvious. “The sharp increase in shadow banking in China has an alarming resemblance to the subprime mortgage market in the United States, where the 2007-2008 crisis began,” said George Soros, speaking at the Boao Forum for Asia. - Given the experience of the United States, the authorities of the PRC have a couple more years to establish control over this market. Success here is extremely important, not only for China, but for the whole world. " According to the investment guru, household savings will no longer be able to sustain rapid economic growth in the country. And this means that the Celestial will have to restore order in the market of gray loans in the face of slowing growth in national GDP.

The danger is also recognized in Beijing. As stated by the leaders of the China Banking Regulatory Commission (CBRC), they intend to establish tight control over the issue of WMP, most of which are not reflected in the balance sheets of banks. We are talking about reducing the issue of WMP, the amount of which will be tied to the assets of the bank or the size of its loan portfolio. Restrictions will also affect investment objects: outside the classical bond market, banks will be able to invest no more than 35% of the funds received from the sale of WMP. At the same time, they will have to guarantee the repayment of these funds and report on investments not only to the authorities, but also to the clients.

But even such measures may not be enough. According to experts of the Chinese Academy of Social Sciences (CASS), one of the leading state research institutes of the People's Republic of China, the fight against shadow lending must be accelerated by loosening the nuts on the financial market. Citing rising liquidity risks (due to the difference in maturities of the WMP and the corresponding bank loans), analysts are urging the government to reduce control over bank rates and liberalize the debt market. As a result of the subsequent increase in interest rates on deposits (they now have negative returns with inflation), the population will lose risk appetite.

However, in the conditions of the most severe fight against inflation with the help of total control over the volumes of crediting of the economy, such liberal reforms are likely to be put on hold. A certain neglect of systemic financial risks in favor of economic prosperity can indeed be justified, believes Andrew Milligan, chief strategist at Standard Life Investments. “I don’t think it is worth worrying about this: Beijing is able to control the situation. At least for now, ”he says. Too tempting to use shadow banking as one of the tools to stimulate the economy, whose growth has slipped to the worst figure in the last 13 years. “Most likely, regulators will seek to gain complete control over the shadow banking system, rather than eliminate it as a phenomenon, because it still contributes to the development of the real economy,” predicts CASS vice president Professor Li Yang. Thus, instead of killing the dragon, the Chinese authorities will try to ride it. However, the example of America proves that it is important not only to know when to jump off the dragon, but also to have the political will to do so.

Ctrl Enter
Noticed oshЫbku Highlight text and press. Ctrl + Enter
We are
Way out of chaosWhat we lost
Military Reviewin Yandex News
Military Reviewin Google News
44 comments
Information
Dear reader, to leave comments on the publication, you must to register.