11 2013 June
53
Colleagues from the newspaper “Adygea today” interviewed me on family values ​​and juvenile justice. 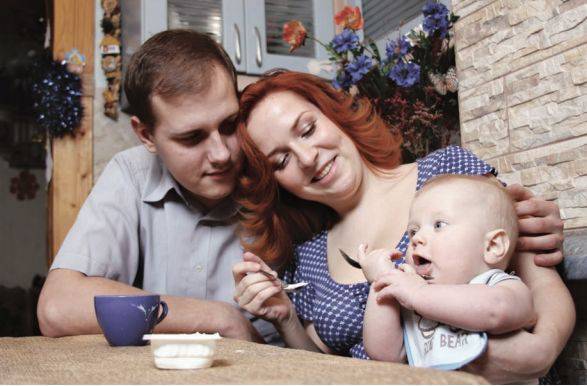 Returning from the conference “Values ​​of Russia”, which recently ended in Helsinki, he was convinced: Western experience in many matters was not only unnecessary, but also dangerous for Russia.

- The international conference in which I took part was called “New Values ​​of Russia”. And, to be honest, after the presentations of the speakers, it became bitter for the country, - said the economist, historian, political scientist Nikolai Starikov.

- The theme of the Helsinki Conference is quite remarkable - “New values ​​of Russia”. But we can't figure out the old ones.

- These new values ​​were permanent in our country, brought up from time immemorial. Unfortunately, the situation is such that such core concepts as family, love for old people and children, diligently help us to forget. These are values ​​of a family lifestyle, large families that are traditional for all peoples inhabiting the territory of Russia. Only an awareness of the importance of these concepts will help build a continuous history countries will help grow patriots. During the conference, we talked about dangerous propaganda, the ultimate goal of which is the destruction of the family and the individual. In the end - the destruction of the people and the country.

- Today, in France and Holland under the auspices of freedom and democracy, same-sex marriages are officially allowed. Gay parades are also required in Russia.

- That dubious “achievement” of democracy, which France proudly announced to the whole world, has long existed in quiet and peaceful Finland - same-sex marriages are officially allowed, and starting from 2004, birth certificates are written “parent one”, “parent two”. We were shocked by the stories told by Finnish residents who came to our conference.

In Finland, juvenile justice works in full force. Not only are children and the disabled taken out of families under the pretext of inappropriate treatment and care. The authorities have come close to withdrawing old families from their families. That is, the family loses its past and future. While we are arguing here, the countries of Scandinavia — Finland, Sweden — have already become “proving grounds”, where world trends for the destruction of the family are running around.

An elderly Finnish woman told us a story when her daughter and son-in-law died in a car accident. She was the only guardian of her autistic grandson. Juvenile justice in Finland took him. And, despite the fact that the woman won many courts, she was not allowed to even see her grandson during 4 years.

In the Caucasus, the theme of the family acquires a special tonality - here it is preserved, in its original form. And the peoples of the Caucasus have been famous for centuries for their respectful attitude towards the elderly. Can you imagine the outcome of the introduction of juvenile justice in Adygea, Dagestan or Chechnya?

For Russia, juvenile justice is quietly creeping fascism. And if we do not resist it, the juvenile system will be consistently introduced throughout the world. It can only be confronted by a large country with a strong army and an active civil society in order to stop real criminals introducing a system contrary to human morality.

The example of Finland shows that small states are not able to stop this avalanche. Today, the forces that, under the slogans of violating democratic and personal freedoms, are tearing Russia apart, are working on those who will later withdraw from the families of old people and children, carriers of genetic memory, our past and future. Adopt these pseudo-European homo values ​​- a crime!

- If we talk about priorities, the Moldovan authorities this year have proposed to cancel Victory Day, as the Baltic states did. And Germany still honors the Soviet soldier and the Germans bring flowers to his monument in Treptow Park. How is this possible?

- On the contrary, 9 of May in Moldova was celebrated more than ever. Only in the center of Chisinau, thousands of people took to the streets to 100. And only two or three dozen picketed this huge demonstration. As for the Baltic countries, there no one has canceled the celebration of Victory Day. Just this holiday is not considered official. But the demonstration in Riga also came about 100 thousands of citizens.

In general, all these new interpretations of history are conceived by the geopolitical enemies of Russia, under whose authority there are many territories of the former USSR. There is a reprogramming of citizens' brains in the direction of anti-Russian sentiments - a long, ambiguous process that has many directions. Basically, designed for the younger generation. And everything that brings Russia closer to Moldova, Georgia and Ukraine is represented in “black” color. People are trying to prove that they are a different people, having nothing in common with the USSR.

But the situation is this: the more the authorities try to forbid the celebration of such historical dates, equating Soviet symbolism with Nazi symbols, the greater the desire of people to express their position on this issue.

But Germany is not going to distance itself from its past. Moreover, fascism is recognized as a crime against humanity in the whole world. Disputes over the victory of the Soviet troops or allies over Germany can oppose Germany not only to Russia, but to the whole world. Therefore, the Germans on this issue do not discuss.

- So, maybe it's time for us to stop the discussions on the topic of the Second World War?

- Totally agree. I am in general a supporter of the introduction of a criminal article for denying the victory of a Soviet soldier in the Great Patriotic War. A draft law on criminal liability is being prepared; it will soon be submitted to the State Duma of the Russian Federation for consideration. But we must understand that the introduction of the article of the criminal code will be valid only in the territory of the Russian Federation. And it is necessary to give a hard rebuff for denigrating the history of our country: impose an embargo, fight economically.

Hero of Our Time

- Each time gives birth to its heroes. And a single history textbook, for which the clever heads of Russia will now take, demands it. So who now, based on new, democratic values, can be given the status of heroes?

- It is difficult to answer this question. Fairly noticed: following the results of its 20-year rule, the democratic public could not offer anything new to the people. Watch movies, books - all kind of similarity, remakes of what was written and filmed in the Soviet Union. Retelling a new tune of old stories, old heroes - there is nothing new. Because what is being offered to us now completely contradicts our historical mental code and is instinctively rejected by our people. There can be no liberal heroes in our history. What is a story? Eternity. And in eternity, in the Russian civilization, new “heroes” of Russia do not linger, who seized at the state and live for their own pleasure.

- Who is responsible for the decline of our spirituality?

- The growing lack of spirituality in Russian society is not a mistake, but the planned result of a large geopolitical project. An example is the same Scandinavian countries where people are becoming stupid. In Norway, students are not given homework assignments. Moreover, the following announcements hang in schools: “If parents force you to do homework, this is a violation of human rights. Call, we will save you from such parents. "

It comes to the fact that they do not read aloud as part of the lesson - the student may be ashamed of his poor ability to disassemble the letters and put them into words. The teacher takes him to the corridor and there the student tries to read. Can you imagine the level of education of these guys? The world hegemon needs consumers who are not capable of thinking, reading and writing, taking news from the internet and tv. This terrible future already exists in peaceful, pretty Scandinavian countries. If we do not resist, such educational standards will be implemented in our country.

- Hockey legend Vyacheslav Fetisov said: “Entire ministries are involved in the development of sports, education and culture. And where is the result? "

- Absolutely agree. Results are not visible. If we take the Ministry of Education, there is no more unpopular minister than Dmitry Livanov in our country. The same applies to reforms - not far. I just can not understand what motivations move this person in making decisions that are embarrassing and scary.

It is unfair to measure the amount of knowledge of a person's wallet. And not even him, but his parents. If we want to raise a new elite, the doors of universities should be open to those who want to learn. Today we see education reform repeating the Western model. And that, in turn, leads to the same result - the appearance of a large number of seemingly intelligent, and in fact very limited people who are knowledgeable in a narrow field, but who possess a minimum of knowledge, even in related fields. They do not know history, literature, they are easy to manipulate. We sometimes laugh at Americans who believe any nonsense, but in fact they have not fallen from the moon, it is the fruit of a certain educational system. And such a system is being imposed on us.