The Third World War is real, although no one needs it. 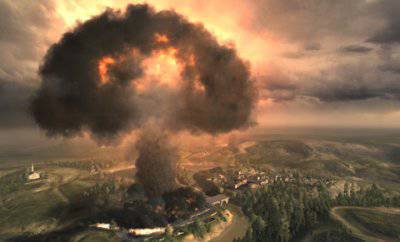 Do not expect it in the near future, but the prerequisites have already been established


Western-oriented politicians, experts and journalists like to frighten our fellow citizens with the fact that in the event of a restoration of state regulation of the economy, Russia will inevitably turn into North Korea. At the same time, Russian society itself already treats North Korea better than it does the United States.

According to Levadov's data, 5% are very good to America today and 43% is “very good” (together - 48%), although as early as November of 2011, these figures were respectively 4 and 58%. And in the Democratic People’s Republic of Korea, in aggregate, 49% of Russian citizens are well or very good. In general, the entire DPRK leadership is blamed for exacerbating the situation by only 18% of Russians, and even less are feeling negative feelings towards him in this regard - 13% of citizens.

Obviously, the more the US intervenes in regional conflicts, the worse they are in Russia. The more harshly certain small countries behave towards them, the more they sympathize with our citizens. Of course, it’s unproductive to live in the ecstasy of anti-Americanism, but more recently, Russian public opinion has been quite complimentary to the United States. That is, anti-Americanism gives rise not to the complexes attributed to him, but to the official policy of the United States itself.

In addition, it must be remembered that the Korean War was the first direct clash between the two superpowers after World War II, and it ended, in one way or another, by the US military defeat. Perhaps today it will seem implausible, but during the time from 1945 to 1985, everywhere and always, where and when the USA entered into an armed conflict with the USSR, they were defeated. History The Cold War is not only the history of “hot” local military conflicts, but also the history of the US defeats in the confrontation with the USSR: Korea, Cuba, Vietnam, Laos, Angola ... It is now accepted to say that the economy of the USSR was ineffective: and then it fed , rebuilt and armed half of humanity.

Against this background, only 26% of Russians are worried that the current conflict on the Korean Peninsula, which now seems to have waned, will turn into a new big global war. But it is important to remember that in 1914, everyone also said that no one wanted to fight, but the logic of current events, which had been imposed on conflict accumulated for decades, carried away everyone.

Actually, in 1914, the war could have been avoided: the world crawled into it just when Austria had already accepted the ultimatum of Russia about guarantees of Serbia’s national sovereignty.

War could have been avoided in 1950, if not for the first UN Secretary General, Trygve Lie, whose position in 1950-ies almost put the world on the brink of nuclear war. It was he who then involved the UN in the war against North Korea, China and the USSR. Under the patronage of Trygve Lie, the United Nations then sent a million-strong army against the approximately 130-thousandth army of the DPRK, as a result of its offensive on June 25, defeating the 1950-thousandth army of Seoul, armed by American weapons. As a result of the 28 offensive, Seoul was liberated on June, and by mid-August the North Korean army, with the support of the South Korean population, took control of the 90% of the latter’s territory. The question of uniting the country seemed resolved.

However, already on June 25, the UN Security Council at its meeting, held in the absence of a representative, adopted a US resolution implying United Nations intervention. About two dozen states entered the UN-created coalition and sent troops to the Korean peninsula. On September 15, the UN coalition began its offensive. In the area of ​​the Busan perimeter there were five South Korean and five American divisions, a brigade of the British army, about 500 tanks, over 1600 guns and mortars, 1120 aircraft. From the sea, the invading army was supported by a group of US Navy and allies - 230 ships. Opposed them 13 divisions of the DPRK army, with 40 tanks and 811 guns and almost no aviation.

In the rear of the North Korean army, troops from several divisions of the USA, Britain and South Korea were landed. A five-thousand landing force was later landed near Pyongyang. By mid-October, the remnants of the retreating army of the DPRK were pressed to its northern border: this time the UN forces took control of North Korea. On October 19, Chinese and Soviet volunteers entered the battle: Chinese troops launched a ground attack, while Soviet aviation provided cover for them, destroying US aircraft. It became clear that the Soviet MiG-15 was practically unable to resist American aircraft - neither the F-80, nor the more modern F-86.

In a series of offensive operations, the systematic destruction of demoralized UN troops began. MacArthur, who commanded the American army of the invasion, practically panicked, lost Seoul in chaotic actions, and began demanding that President Truman use nuclear weapons to save the remnants of his troops. After its displacement, the invading army managed to somewhat stabilize the situation, and in the end, the front line settled down roughly in the area of ​​the 38 parallel.

The war acquired a positional character, and after changing to the White House of Truman with Dwight Eisenhower, the United States recognized the territorial integrity of North Korea and July 27, 1953 of the year concluded a cease-fire agreement. By the way, South Korea refused to sign it. A little earlier, under the pressure of India and the USSR, the decision on a cease-fire was adopted by the UN, practically depriving the coalition of the invasion of its mandate. The old capital of Korea, Kaesong, was then ceded to the DPRK.

UN Secretary-General Trygve Lie, who played a sad role in unleashing a war, resigned early in November 1952, admitting de facto the bankruptcy of his political line and his blame for the UN intervention in the internal affairs of Korea. This is also important to remember against the background of excessive activity of the current Secretary General Ban Ki-moon in fomenting the Korean conflict and its apparent bias.

I repeat once again: from the point of view of observing the minimum political logic and objective objective interests of the leading countries of the world and the region, neither the Second Korean War nor the Third World War are needed by anyone. But, again, I repeat: it seemed so in the summer of 1914 of the year.

This time there will most likely not be a war. Unless, of course, it will not start again the UN. However, over the past decade, political conflicts have somehow often flared up in those regions where they have already turned into wars: the Balkans, Korea ... And in general, oddly enough, there is a pattern: as soon as the cold war ended, war began to flare up. hot.

In this regard, the current situation is reminiscent of about the 15-year period before the First World War, sometimes in one, then in another, as it was then, a minor region, small wars broke out. Just began the division of the world. His old order did not match the new balance of power and opened the way to the Great Imperialist War.

Today, too, the relatively stable order established in Yalta and Potsdam has long been violated. And also, there are forces that would like to divide the world in a new way, “pull teeth out of the Yalta predators”.

Although there will be no war yet.

Ctrl Enter
Noticed oshЫbku Highlight text and press. Ctrl + Enter
We are
About Stalin and KhrushchevWhat we lost
Military Reviewin Yandex News
Military Reviewin Google News
55 comments
Information
Dear reader, to leave comments on the publication, you must sign in.