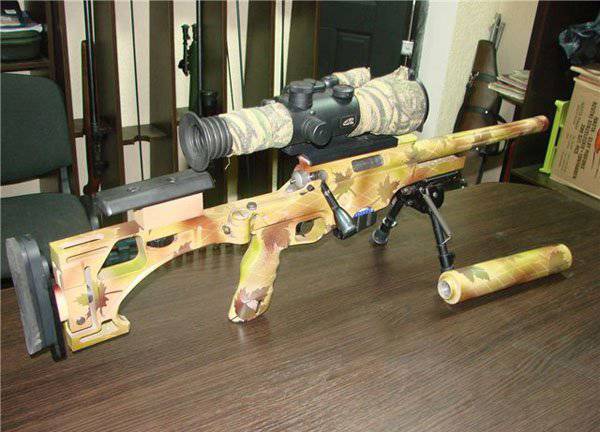 Large-caliber special silent rifle Zbroyar .458 SOCOM developed by Ukrainian private armory the company "Zbroyar", which is located near Kiev. It was created under the American ammunition .458 SOCOM, a military version of which was created on the basis of a hunting cartridge. The rifle in concept of its use is somewhat similar to the Russian 6C8 VKS / VSSK “Exhaust” rifle.

The cartridge has a high stopping power, so the rifle can also be used in police operations. Used shop American version of the rifle AR-15, also created under this cartridge. Recharging is manual, the slide is longitudinally sliding, the locking is done by setting the slide on three lugs in its front part. The total length of the rifle without a silencer is 840 mm.