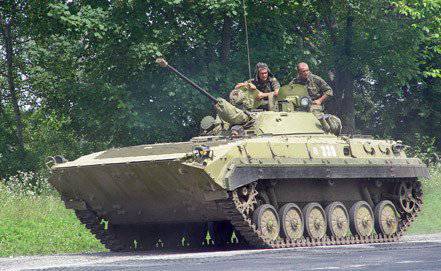 The Russian Ministry of Defense is ready, in the event of receiving a task from the Supreme Commander, to allocate military units to carry out a peacekeeping mission in the Golan Heights.


"These units are provided with necessary equipment, armament and are staffed only by military personnel serving under the contract," the military department said.

The Defense Ministry noted that "as part of the Armed Forces of the Russian Federation, there are a number of formations and military units in which the training of military personnel is conducted with an emphasis on peacekeeping topics, and the training programs of such units include methods of conducting peacekeeping operations." “Along with general arms training, the military personnel of such units study the instruction on the preparation and conduct of peacekeeping operations, which takes into account international humanitarian law, documents of the UN, CSTO and other international collective security agencies. The military also learn foreign languages ​​and are contract servicemen,” the message said. the ministry.

Earlier today, at a meeting with officers on the occasion of their appointment to higher positions and assigning them the highest military ranks, Russian President Vladimir Putin said that Russia was ready to replace Austrian peacekeepers on the Golan Heights with the consent of the UN and the interest of the countries in the region. "Bearing in mind the difficult situation that is developing today in the Golan Heights, they could replace the Austrian contingent leaving the region on the line of demarcation between the Israeli and Syrian forces. Of course, only if the regional powers are interested, The UN will ask us about this, "said the head of state.

At the same time, he recalled that some time ago, he met with UN Secretary General Ban Ki-moon during his visit to Russia. “He appealed to us with a request to increase our participation in UN peacekeeping operations,” Putin said.

In turn, UN Deputy Spokesman Farhan Haq noted that sending Russian peacekeepers to the Golan Heights in return for the Austrians who were withdrawn from there corresponded to the interests of the world community. "The UN will always welcome the strengthening of peace in this important region and is pleased to cooperate with the Russian Federation," he stressed.

On Thursday, the Austrian Ministry of Defense issued an order to begin withdrawing its peacekeeping contingent from the Golan Heights. As the head of the defense department, Gerald Klug, said, "the withdrawal mechanism has been launched, in the planned mode it will take from two to four weeks." At the same time, he stressed that "in the event of a sharp deterioration of the situation, the evacuation of soldiers can be carried out within a few hours."

According to Klug, if the withdrawal of peacekeepers will go according to plan, the first group of soldiers may return to Austria on June 11. It was on this day that a planned rotation of servicemen was scheduled.

Ctrl Enter
Noticed oshЫbku Highlight text and press. Ctrl + Enter
We are
Alexander Lukashenko wants to give dynamism to the “Union of Seven”
Military Reviewin Yandex News
Military Reviewin Google News
67 comments
Information
Dear reader, to leave comments on the publication, you must to register.