11 2013 June
13
A few dozen kilometers to the northeast of Moscow is a unique object. It has the shape of a truncated tetrahedral pyramid with a base width of about 130 meters and a height of the order of 35 meters. On each side of this structure there are characteristic panels of round and square shape that can prompt the knowledgeable person what is hidden under them. Behind the four round panels are four active phased antenna arrays with a diameter of 18 meters, and behind square ones there are anti-missile control antennas measuring around 10 x10 meters. The object itself is a multipurpose radar station Don-2Н and is designed to monitor the space environment over Russia and neighboring countries, as well as to detect and ensure the destruction of detected ballistic missiles. 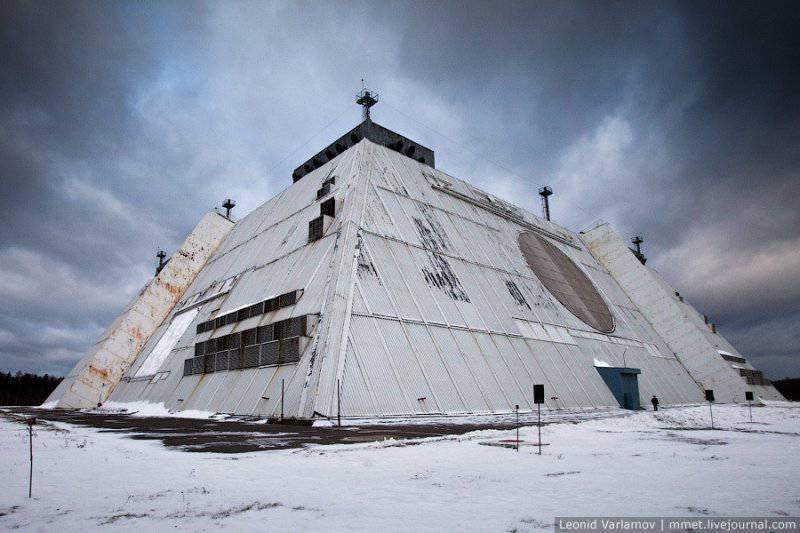 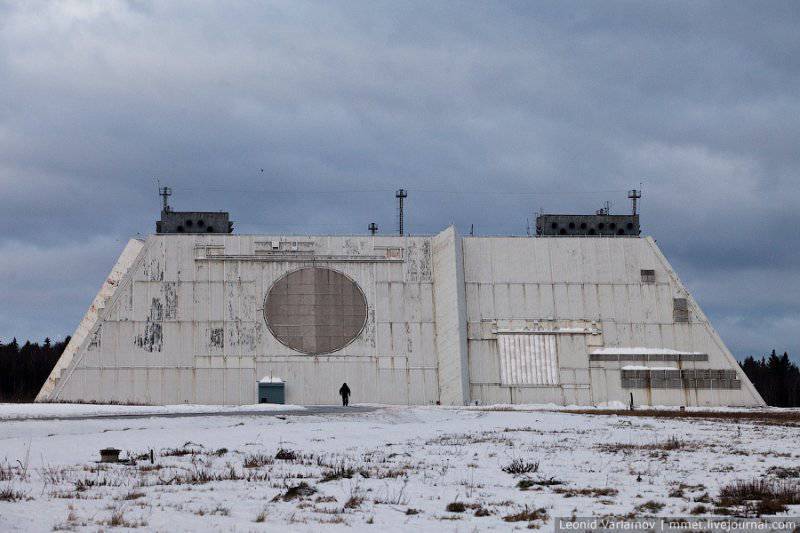 In fact, the Don-2H radar is the central element of the Moscow anti-missile defense system. The capabilities of the station allow not only to detect potentially dangerous objects at altitudes up to 40 thousand kilometers, but also to provide anti-missile guidance. The station is equipped with four phased antenna arrays at once, due to which it can monitor the entire surrounding space and provide data on the detected targets.

History The “Don-2H” radar began as early as 1963, when the Moscow Radiotechnical Institute of the USSR Academy of Sciences (now OJSC RTI named after Academician A.L. Mints) was given the task to create a new target detection system for a promising anti-missile defense system. Originally intended to create a radar operating in the decimeter range. However, a few months after the start of work, the institute staff came to the conclusion that the characteristics of such a system were insufficient. The decimeter station could not ensure sufficient accuracy of target detection, which in a real situation could have fatal consequences. Therefore, at the beginning of the next 1964, RTI started developing a new centimeter console. With the help of this equipment, it was planned to give the new station acceptable characteristics, as well as ensure comparative simplicity and ease of operation, since the attachment had to work as part of a system built with extensive use of available technologies and developments.

However, in this case, the new proposal was considered unpromising. It was necessary to make a completely new radar station with a good foundation for the future. In this regard, the remainder of 1964 and the whole of the following year, the staff of the Radio Engineering Institute spent on the creation of five different options for a promising station. But the third time the project did not give any practically applicable results. All five options had their problems and were not recommended for further work. Analysis of the work done and the technical proposals put forward led to the appearance of another version of the appearance of the promising radar. A little later, it was this version that became the basis for the future Don-2Н station. 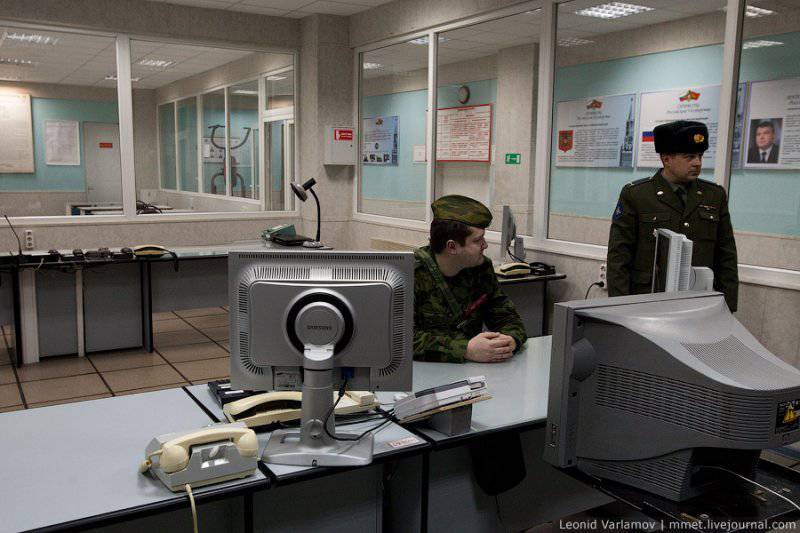 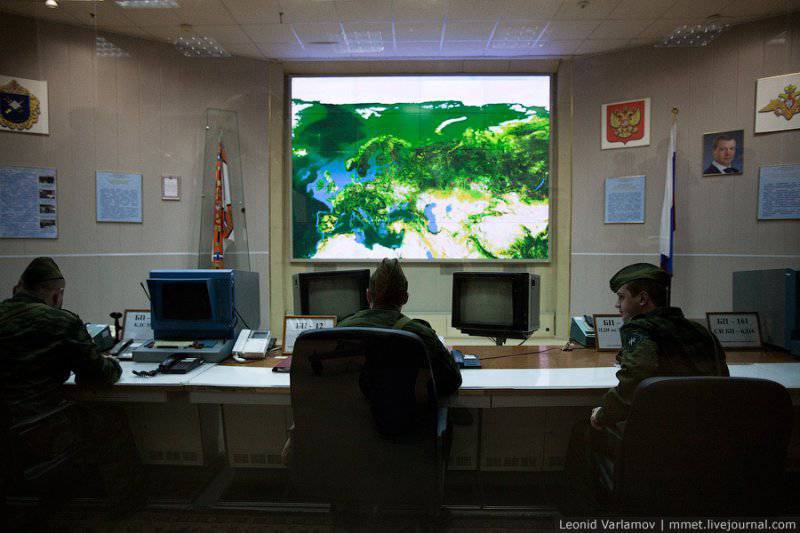 In the first months of 1966, employees of the RTI began working on the Don project, during which it was planned to create at once two radars operating in different bands. The decimeter system was supposed to be made in the ground and ship variants, which would allow not only to monitor outer space from its own territory, but also to monitor the positional areas of the enemy’s missiles with the help of radar ships off its shores. The centimeter station, in turn, was made exclusively in the ground version. In its tasks they proposed to include not only the detection of enemy missiles, but also the guidance of interceptor missiles. According to the first versions of the project, the centimeter radar was supposed to "look through" a sector wide in 90 °. Thus, to ensure a circular view, it was required to simultaneously build four identical stations at once.

By the time of completion of the draft design of the centimeter station "Don", all work on the second system of the decimeter range was stopped. The level of development of radio electronics allowed to connect in a single ground station all the necessary developments and ensure compliance with the requirements. Starting from 1968, employees of the RTI developed equipment designed to work only in the centimeter range. As for the other frequencies, meter waves were chosen for the early warning stations for a rocket attack.

In 1969, the Radiotechnical Institute was commissioned to start the development of the “Don-N” advance project, in which it was necessary to use the existing groundwork from previous programs in the field of radar stations. In this case, the requirements of the customer in the face of the Ministry of Defense were quite large. The fact is that the given characteristics of the range and altitude of the accompanying targets turned out to be too large for the electronics available at that time. In the late sixties, even the newest electronic equipment could not reliably track and accompany complex ballistic targets at distances of about two thousand kilometers.

To perform the tasks we had to carry out a number of serious studies and tests. At the same time, a proposal appeared to partially simplify the missile defense system, dividing it into two echelons and equipping it with two types of missiles. In this case, the construction of a single radar with an integrated system for targeting two types of missiles looked comfortable and optimal from an economic point of view. It took some time to determine the final appearance of the future radar station and only in the middle of 1972, the full implementation of the Don-N project began.

To fulfill the required characteristics, it was proposed to equip the prospective radar station with a new computing complex, the development of which started simultaneously with the commencement of the full-fledged design of Dona-N. Soon, the multifunctional radar acquired most of the features that have survived to the present. In particular, RTI engineers decided on an exemplary building structure: a truncated pyramid with fixed phased antenna arrays on each of the four faces and separate square antennas for controlling missiles. The correct calculation of the position of the antennas made it possible to provide a complete overview of the entire upper hemisphere: the “field of vision” of the station was limited only to the topography of the surrounding terrain and the characteristics of radio signal propagation. 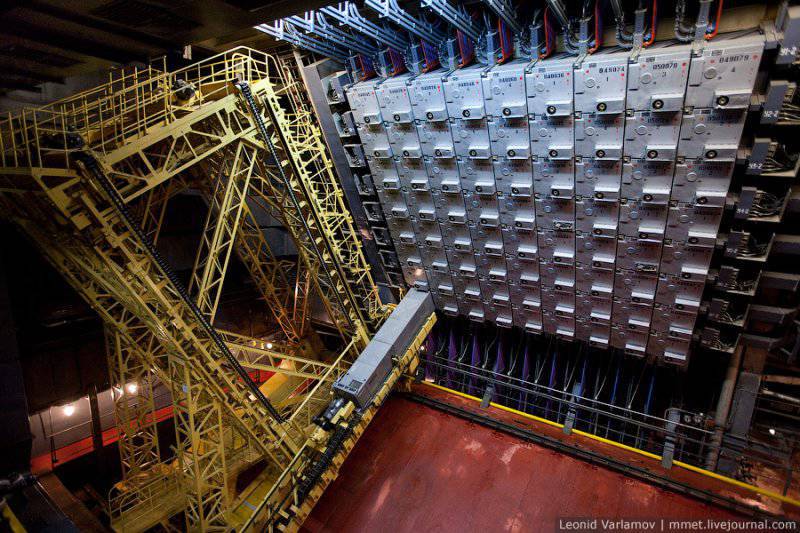 In the future, the project was improved and certain adjustments were made to it. First of all, innovations related to equipment for signal processing. Thus, the Elbrus-2 supercomputer was created for operation as part of the radar. However, even with the most sophisticated electronic equipment, the computer complex of the station was reduced only to a size of more than a thousand cabinets. To cool such a quantity of electronics, a special system with water pipes and heat exchangers had to be provided for in the project. The total length of all pipes exceeded several hundred kilometers. The connection of all elements of radar equipment required about 20 thousand kilometers of cables.

In 1978, the project, by which time it had changed its name to Don-2H, reached the construction stage of the workstation. It is worth noting that at about the same time, a similar complex was built at the Sary-Shagan test site, but it differed from Moscow in size by the equipment used and, as a result, by its capabilities. In about ten years of construction and installation, builders installed more than 30 thousand tons of metal structures, poured over 50 thousand tons of concrete, and laid a huge amount of cables, pipes, etc. From 1980, the installation of electronic equipment went on until the 87 year.

Only a quarter of a century after the beginning of the creation, the new multifunctional radar station Don-2Н took to combat duty. In 1989, the complex began to monitor objects in outer space. According to open data, the radar is able to detect the target at altitudes up to 40 thousand kilometers. The target detection range of the type of intercontinental missile head is about 3700 km. Radar radio transmitters are capable of delivering a pulsed signal power up to 250 MW. Phased antenna arrays and a computer complex provide the definition of the angular coordinates of the target with an accuracy of about angular seconds around 25-35. Range accuracy is about 10 meters. According to various data, the Don-2Н station can accompany up to hundreds of objects and direct up to several dozen antimissiles on them. One shift of station operators consists of one hundred people.

During the first years of operation, the “Don-2Н” radar did not disclose its characteristics, as well as the very fact of existence. However, already in 1992, Russia and the United States agreed to jointly carry out a program, the purpose of which was to determine the possibility of detecting and tracking small objects in Earth orbit. The program was called ODERACS (Orbital DEbris RAdar Calibration Spheres - “Orbital balls for calibrating radar tracking space debris”).

The first experiment under the program (ODERACS-1) was planned for the winter of the year 1992, but did not take place for technical reasons. Only two years later, the American shuttle Discovery during the experiment ODERACS-1R threw six metal balls into space. The balls remained in orbit for several months and at that time they were followed by American radars and the Russian Don-2H radar. It is noteworthy that the balls of the size 15 and 10 centimeters (two balls of each size) were able to notice and track all the stations that participated in the experiment. Two five-centimeter balls were only able to be spotted by Russian servicemen. In the next ODERACS-2 experiment, the Discovery shuttle threw three balls and three dipole reflectors. The results of the experiment, with the exception of some nuances, were similar. Radar "Don-2H" could find the balls of the smallest size at distances up to two thousand kilometers.

Unfortunately, the overwhelming majority of information about the capabilities and service of the multifunctional radar station Don-2Н remains classified. Therefore, the available information about the complex is often scarce and fragmentary. However, some conclusions can be drawn from the available data. Information about the possibility of simultaneous tracking of hundreds of targets indicates that one radar is capable of detecting a limited nuclear attack on a covered area. After detection, the station independently guides missiles at targets, and, according to various data, can issue commands to 25-30 immediately. Due to the lack of accurate data on the status of the missile component, it is difficult to talk about the potential capabilities of the entire missile defense system in Moscow. Thus, at present, the potential of the Don-2Н radar can not be fully utilized due to the lack of a sufficient number of missiles. However, this is only an assumption, as accurate data on the state of the entire Moscow anti-missile defense remain secret.