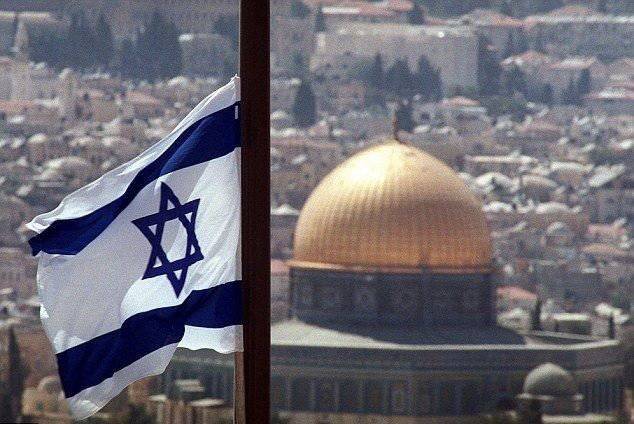 For over a decade, Israel has been building relationships (often in secret) with its neighbors, especially with Egypt, Turkey, Jordan, Saudi Arabia and the United Arab Emirates. Despite decades of propaganda of hatred towards Israel, in these countries making it difficult to conduct open negotiations, the growing threat of Iran’s nuclear weapons made Israel an attractive ally for Sunni states in front of threatening Shiite Iran. Currently, the US is trying to act as a mediator for the creation of a secret military alliance with the participation of Israel, Turkey, Jordan, Saudi Arabia and the United Arab Emirates. This alliance will include providing Israel with access to data from Arab and Turkish radar stations near Iran, also providing these countries with data from Israeli rocket attack early warning systems. There is also an agreement that Israel can participate in the defense of its new allies in the event of an Iranian attack. Finally, the fact that Israel is a nuclear power, and as soon as this proposed alliance is revealed (even if officially denied everything), Iran will have to worry about Israeli retaliation, even if only the Arab states of the Persian Gulf and Turkey are subjected to an Iranian attack.

Coordination of the details of this union is the easy part, but the reporting of its existence to the public and its full implementation can be a problem. Arab governments have officially demonized Israel for so long that a significant portion (probably still the majority) of their population will instinctively react violently to the official announcement of an alliance with Israel. Thus, some diplomats involved in the creation of this union propose to keep it secret. This is not a new concept, such secret alliances have been created for thousands of years. However, in the age of the Internet and the operational and ubiquitous global media, such transactions can have the consequences of an explosion when they are publicized and today they are difficult to keep secret. The details of the proposed union will be announced when it is necessary, for example, during a crisis with Iran. At this moment, the fear of Iran will calm many Arabs, who at another time would take to the streets to protest vigorously against any deals with Israel.

This kind of deal is not new. Israel has formal and informal agreements with all of these countries over the years. Jordan was quite open about its security and intelligence agreements with Israel more than 30 years ago. Informal intelligence sharing has become more accepted over the past two decades. The reason for this was the growing threat of Islamic terrorism, although before the 1990-ies the Arabs were more associated with secular Muslim terrorists. But they were largely replaced by religious fanatics, who still enjoy no small unofficial support (money and sympathy) of Arabia, where the most modern Islamic radicalism has been developed and promoted over the centuries. Many educated and enterprising Arabs would also like to gain access to the Israeli market (goods, technology, and joint ventures). However, the Arabs must first overcome their anti-Semitism.

Despite the new Islamic government, Egypt restricts access to Gaza as much, if not more, like the former government (Mubarak) and often in cooperation with Israel. The main problem is that Gaza has become a haven for all sorts of Islamic terrorist groups, including some who consider the relatively moderate by their measures the Islamic government of Egypt to be their enemy (for something that is not radical enough).

Despite the fact that Israel is called (mainly in the Islamic media) a secret ally of Iran or the Syrian rebels (depending on whom to read), Israel could decide the outcome of the war in just a few days if Assad attacked from the air. Israel is concerned about the post-Assad government because of the possibility of Islamic terrorist groups coming to power. Nevertheless, there is nothing to expect from the victory of Assad, since as a result more pro-Iranian terrorists will find themselves on the border with Israel. This is a hopeless situation, and to be accused of supporting both sides is Israel’s smallest problem. Meanwhile, Iran supports terrorists, especially Lebanese Hezbollah, is becoming increasingly active in preparing and conducting more international terrorist operations. Iran is pumping its support for Assad, and the Assad forces are on the offensive. The rebels are likely to win, but it will take more time.

Ctrl Enter
Noticed oshЫbku Highlight text and press. Ctrl + Enter
We are
Iran in the Syrian conflict. The confrontation with Saudi Arabia and the interests of the ShiitesIs the prince in Yemen dead or dying of a heart attack? How the Emirates got involved in the war
Military Reviewin Yandex News
Military Reviewin Google News
103 comments
Information
Dear reader, to leave comments on the publication, you must to register.