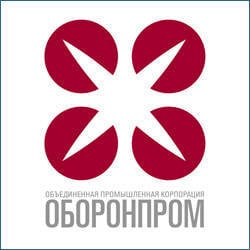 For the first time in Russia, a joint Russian-Swiss production of metal-working machine tools opens. Now EDM machines, milling machining centers and heat-treatment furnaces will be produced at the enterprises of the united industrial corporation Oboronprom together with the group of companies Georg Fischer Group, Galika AG and Codere SA


Today, the market for EDM machines in Russia is more than 90% represented by imports. This is due to the low quality level of Russian machine tools: they were developed in the last century and most of the technologies used in them turned more than 20 years.

Last year, the OPK Oboronprom company developed a project for organizing the joint production of high-tech electro-erosion equipment in Russia, first a nodal assembly, and later a deeper localization of production. First of all, companies from Europe were considered, since components will be supplied from abroad for the first time, and delivery times from Asia are significantly higher for obvious reasons.

For co-production, the well-known Swiss company GF AgieCharmilles (GF AzhiSharmiy) was chosen. Before the merger into 2007, led by the concern Georg Fischer, these were two separate companies - the pioneers in the field of electroerosia "AGIE" and "CHARMILLES", which developed in parallel since 1952.

The OPK Oboronprom company had a serious task - to choose the most suitable platform for launching joint production. As a favorite, one of the oldest enterprises of the Russian industry, located not far from Moscow, was chosen - "Savelovsky Machine-Building Plant" in the city of Kimry. Now it is a large full-cycle enterprise for the production of machine tools in Russia. The plant has retained valuable machine tool specialists with extensive experience.

Founded in 1915, the plant has so far been involved in the production of machining equipment, which is supplied to Russia and abroad. In 2012, the Savelovsky Machine-Building Plant became part of the United Industrial Corporation Oboronprom.

In January of this year, the head of the Oboronprom defense and industrial complex companies Dmitry Lelikov, Galika AG Lino Derungs and GFAgieCharmilles Pascal Baya signed an agreement on launching an assembly production of electroerosive equipment at the Savelovsky machine-building plant. The first machine released was shown at the exhibition "Metalworking-2013", which took place at the end of May, and was donated to MGTU STANKIN.

According to the first vice-president of the AgieCharmilles concern Bernd Kasper, the new project includes the latest achievements of the global machine tool industry. "Swiss specialists are providing and will provide comprehensive assistance to their Russian colleagues in the development of this investment project. The cooperation program provides for the training of engineers and technicians from Russia in Switzerland," said Kasper. He stressed that for the Swiss side it will be a matter of principle to comply with the highest quality standards when starting production in Russia.

Sergey Makarov, General Director of OAO Stankoprom, in turn, stressed that at present, Russia has embarked on a comprehensive upgrade of its production base. This applies to all industries, without exception, and primarily defense. Thanks to cooperation with foreign investors, prerequisites are created for the revival of the domestic machine tool industry.