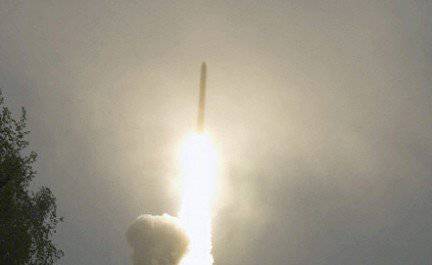 The Defense Ministry on Thursday conducted a successful test of a prototype of a new intercontinental ballistic missile from the Kapustin Yar test site, said a spokesman for the department of the press service and information of the Ministry of Strategic Missile Forces (Strategic Missile Forces).
“On June 6, 2013, Moscow time, in 21.45, combat crews of the Strategic Missile Forces from the state central interspecific Kapustin Yar test site in the Astrakhan region successfully tested a prototype of a new intercontinental ballistic missile (ICBM) from a mobile launcher,” the message reads. , reports RIANews».
The launch was recognized successful, the combat equipment arrived at the Balkhash training ground at the scheduled time, the spokesman concluded.

Ctrl Enter
Noticed a mistake Highlight text and press. Ctrl + Enter
We are
The test launch of "Topol" held from the landfill in southern Russia
77 comments
Ad