7 2013 June
41
The development of means of protection from the bullets and shells of the enemy all the time is hampered by one feature of such systems. In most cases, the weight of armor grows in proportion to its level of protection. In the field of wearable protective equipment, this accordingly affects body armor, helmets, etc. Protection that can withstand a shot of any type of rifle weapons, will weigh too much for a person to carry. In this connection, from time to time various projects of self-propelled individual armored means of protection appear. One of the last was the mini-armored car PAV1 Badger. 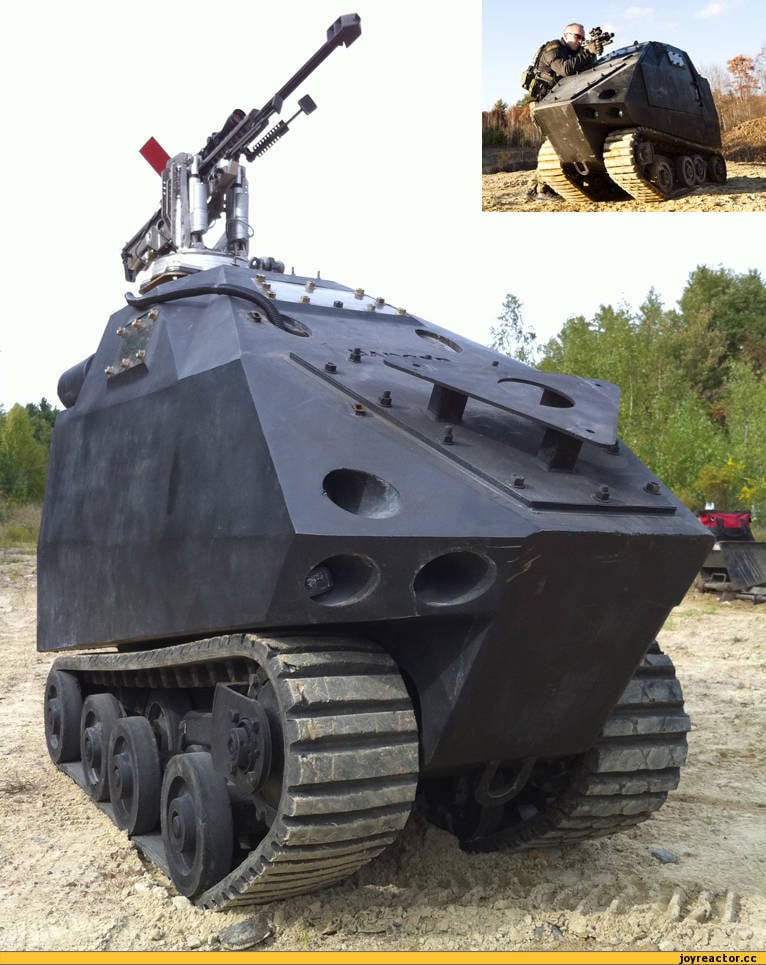 In the middle of the two thousandth, the American company Howe and Howe Technologies, fulfilling the order of the Californian company Civil Protection Services, joined the number of companies trying to create a certain means for special forces soldiers, which has good protection indicators and at the same time does not limit the mobility of the user. The design department of the company, previously engaged in the creation of self-propelled military robots, went on the most obvious way. The new means of protection was supposed to be made in the form of a small self-propelled machine capable of carrying only one person. The project received an index PAV1 (Personal Assault Vehicle - “Personal Assault Vehicles”) and the name Badger (“Badger”).

When creating the ultralight armored vehicle “Barsuk”, extensive use was made of previous developments of self-propelled platforms. As a result, the original tracked chassis became the basis of the new mini-armored car. In the back of the car placed a compact diesel engine with an output of just 25 horsepower. With a combat mass of an armored car that does not exceed a ton, even such a power plant is capable of ensuring sufficient mobility. Fairly wide tracks are rewound with the help of a drive wheel in front of the machine. The transmission is located inside the hull, between the chassis units. The machine PAV1 received five road wheels with rubber bands on board. In this case, the rear pair also performs the functions of the guide wheels.

Directly above the drivetrain compartment in a Badger car, we provided for a manned volume with a driver-driver position. It is noteworthy that the engine of the armored car is located immediately behind the driver's seat. Such measures had to be taken to minimize the dimensions of the finished machine. The same factor is due to the contours of its hull. Armored cabin "Badger" consists of several flat metal panels, mated with each other at the corners. For the review, the first prototypes and serial models of the PAV1 had glazing in the upper part of the hull, as well as a rather large window on the front sheet. To land and leave the car, the upper glazing can be folded back and up, like a lantern of fighter aircraft.

According to reports, the thickness of the tracked vehicle armor panels allows the driver to be protected from shelling with pistols and submachine guns, as well as, under certain circumstances, from automatic weapons. Such protection features allow the PAV1 armored car to participate in various police operations when the need arises to storm the premises with armed criminals. Under cover of armor of the Badger car the special forces fighter can drive into the building or the room and liquidate the armed opponent. Due to the small dimensions of the case, the Badger is able to work even in the conditions of buildings - its width does not exceed 32 inches (just over 80 centimeters).

Own built-in weapons "Personal assault vehicles" has not. The required weapon can be mounted on a remote-controlled turret on the roof of the hull or on a special mounting device on the front plate. Thus, the Badger machine can be equipped with any necessary weapons or special equipment required to perform a specific task. This may be small arms, non-lethal weapons, lighting systems, etc. The lack of its own built-in weapons due to the need to make PAV1 universal multipurpose machine.

A number of “Badgers” of the first model were purchased by the customer and the initiator of the project: the security organization Civil Protection Services. These machines have been limited in training and in real operations. Unfortunately, there are no accurate data on the number of armored cars manufactured and experience in their use, since the first operator does not want to disclose such information. Nevertheless, some conclusions can be drawn from the further development of the project. The mini-armored vehicle PAV2007, which appeared in 1, over the following years, was refined and improved.

The resulting armored vehicle PAV 1.2 received had several differences from the base model. First of all, the body armor has undergone changes. The thickness and shape of the plates slightly changed, and from the inside they added Kevlar lining. Thanks to this, the updated Badger can withstand not only shelling from certain types of weapons, but also an explosion of a grenade or a small improvised explosive device. Also slightly modified the chassis, removing from it one pair of road wheels. For the convenience of the driver-arrow landing in the new PAV 1.2 through a large door on the side. Its dimensions are such that almost the entire left side of the armored car is taken aside. Specifications, the ability to install weapons and non-lethal systems, combat capabilities, etc. remained the same. 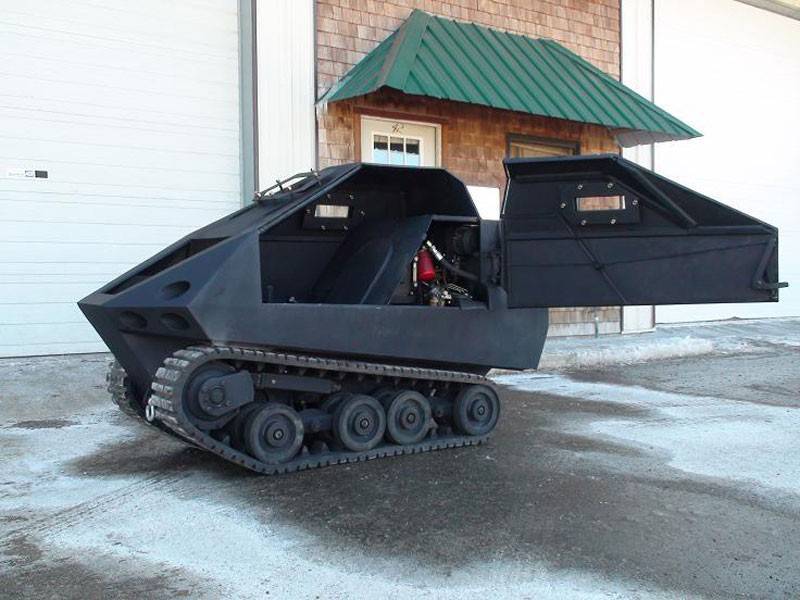 In the 2009-2010, the updated miniature armored car successfully passed the tests and was offered to potential customers. According to some data, shortly after this proposal appeared, Howe and Howe Technologies signed several contracts for the supply of new equipment to various customers. Due to the original appearance and specific tactical niche, the ultra-light PAV1 and PAV 1.2 armored vehicles are produced in small batches of several units and immediately sent to customers. For obvious reasons, the latter are in no hurry to brag about the purchase and discover information about its practical application. Therefore, the "Badgers" and other special self-propelled machines of the company Howe and Howe Technologies - with all their potential - are often perceived by the public solely as a kind of technical curiosity.