7 2013 June
22
May 2013 of the year turned out to be the most unencumbered working day of the month compared to the same months of previous years. Rested the Russians, at least those of us who conduct work and rest strictly in the days determined by the state, almost half a month. Naturally, such a gift for the May holidays fell in love with many of our compatriots, who are used to devoting any free time in spring, summer and autumn to their country and backyards. The country (its urban, we see, cluster) endeavored en masse for the city: someone for agricultural work on the land, and someone for the kebab that has become traditional for many people, along with abundant libations. Rested on a grand scale. 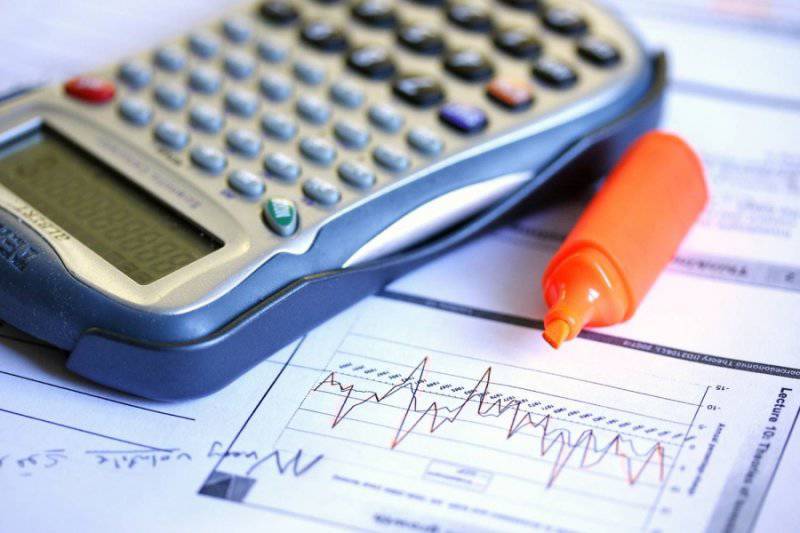 However, a month after numerous weekends in the first half of May, the first consequences of this long rest began to manifest themselves. And the consequences have surfaced mainly on the economic surface. According to Rosstat, the May inflation rate was only lower than the corresponding January level of the current year. The May inflation jump was 0,7%. Only at first glance it seems that 0,7% is an insignificant value, but inflation is a thing in which sometimes every tenth percent affects ordinary citizens of a country. If the inflation rates of May had spread throughout the whole year, by the end of December our economy would have received a tangible blow in the form of 8,4% inflation. The last time such inflation rates were at the peak of the crisis (2009-2010 years).

The Russian government has already said that the final inflation figures will have to be adjusted. If at the beginning of the year it was planned to curb inflation indicators at the level of 6,8-7%, today it was necessary to raise the bar by about half a percent. The new forecast of government economists is 7,4%. However, after the May jump to the level in 7,4%, you still need to try to get out. After all, if you look at the past year, then only three summer months gave an inflationary increase of 3,35% (more than half of the entire annual inflation over the 2012 year). Then such a jump was associated with a sharp drop in the price of oil, and, unfortunately, for now the cost of a barrel of oil still influences the economic situation in Russia. Recall that the price “pit” for a barrel of oil last summer was fixed at the level of 95,89 dollar. Now the cost of oil "portions" is in the area of ​​the psychological mark of 100 dollars per barrel, but so far slightly exceeds it.

This gives food for thought about the objective reasons for a rather sharp increase in the level of inflation and, as a consequence, a rise in prices. In particular, the cost of the minimum set of products in our country increased by 3,8% by the end of the same May (just by the beginning of the year by 10,1%, which again indicates a large contribution to the price increase of the May index). It turns out that the role of consumption for us in May became higher than the role of production, which affected the economy. And, as you can see, the price of oil has nothing to do with it. However, if in a number of developed countries abroad, the increase in consumer activity of citizens accelerates inflation only in those areas with which the livelihoods of ordinary citizens are directly connected (for example, the food market, tourism, the service sector), in our country, so-called “household inflation” is strange pulled behind her and interest in the areas of production, construction and energy.

St. Petersburg real estate market research services published materials according to which the rise in housing prices in the northern capital and metropolitan area in May 2013 amounted to 3,1%. This is a month! For a relatively calm situation in the housing market, this growth looks weird. However, there are regions that, according to this indicator, 2013 were able to overtake even St. Petersburg in May. And this, as it turned out, was not even Moscow. Absolute leader in real estate prices has become pre-Olympic Sochi. Here, the price of housing for the month jumped by 4,6%. “Silver” on the rise in real estate prices took Taganrog (Rostov region) - almost 4%. Three leaders in this list closes Ryazan. Here, housing prices jumped by 3,4%.

And if the rise in real estate prices in Sochi can be partly justified by the upcoming grand sporting event, then it is difficult to explain the rather sharp rise in housing prices in the same Taganrog and Ryazan by objective changes in the economic market. In all likelihood, here is trivial speculation, which is based on the ineradicable desire of certain individuals to gain additional profit here and now. And for this purpose, the main trump card in the style is used: buy today, then it will be at all exorbitant prices. This move, we must admit, often works with us. But it still remains unclear which way our controlling bodies look: FAS, for example ... It is difficult to assume that the rush to buy real estate in Taganrog is several times higher than the average Russian, with all due respect for such a wonderful city as Taganrog.

The same May turned into the annual record holder in terms of consumer price growth. Monthly growth was 1% (overall in the country), and here such a leader as Kalmykia (an increase in 1,6%) for the month is already taking the lead.

Considering these figures even 15-20 years ago, it was quite possible to feel pride in our economy. But now the yard is not 1993 the year when inflation in Russia was 840% per year. Russia has long been transferred to another economic dimension for itself, and therefore it is incorrectly a priori to compare the indicators of 1993 and 2013. It is much more correct to compare them with previous years, and this comparison allows you to seriously think about the situation.

The monthly increase in consumer prices at the 1% level is too high for an economically developed country that claims to link itself with some global financial center. Even for a regional financial center, these numbers are large. Of course, we can shut our eyes and try to ignore them, but only in the end we ourselves can miss a sharp economic blow. Will there be such a blow? This question was recently answered by Russian Prime Minister Dmitry Medvedev, who once again came up with an original epithet for the Russian economy. He called our economy pre-storm.

But if the head of the government of the country gives such a well-defined definition of the economic situation in the country, then why then to prevent a possible thunderstorm - no sensible actions are taken to disperse the thunderclouds. I remember that even before the beginning of the May holidays, President Vladimir Putin was gathering a mini-meeting, at which he demanded that the heads of relevant departments submit a document to 15 in May that would dot the i in how the program to increase GDP growth would be implemented. Recall that the economic growth forecast for Russia from the Ministry of Economic Development is 3,3% for 2013 a year. This is not enough for the full development of the country - we understand that this is not enough - the president also announced.

But the May holidays are long over, but where is the document, which would reflect the real program of economic development? If he is, then his existence is somehow suspiciously silent. So suspiciously silent, as if he was not there ... Dmitry Medvedev is silent and “pre-storm” ... Or they expect Putin to forget about his assignment. But it is unlikely ...

In the meantime, our leaders are looking for (let's hope they are looking for) ways of rectifying the situation in the economy: combating obvious speculations in various markets, curbing inflation at digestible values ​​(which is important, for example, for long-term loans for the development of agriculture and other business areas) production growth strategies, we are preparing for rest again ... Now it's summer. Rest is certainly great, but no matter how much the Greeks and Cypriots have ever turned us at such a pace ... True, there are significant differences - we are not paid a salary for 14 rest per year, which means we will break through! ..

Ctrl Enter
Noticed oshЫbku Highlight text and press. Ctrl + Enter
We are
ARMY-2016. Cluster VCS. Part of 2. Space is space!Children's Day: a holiday in the DPR and a “gift” from ukrovoyak
22 comments
Information
Dear reader, to leave comments on the publication, you must to register.