MZKT - between China and Russia

6 2013 June
24
Minsk wheel tractor plant was in the center of a small scandal. On the Internet, information appeared that the plant was sold to the Chinese. This caused a stir in the media. But official representatives of the Belarusian state deny a deal with the Chinese. These rumors may be a manifestation of Minsk bargaining with the Russian state.


A representative of the Goskomvoyenproma refuted the report on the sale of shares of Minsk Wheel Tractor Plant (MZKT) to investors from China.

"There were no deals with the participation of the Chinese with MZKT shares and were not planned," the representative of the State Military Committee told Interfax-Zapad agency on Sunday.

The agency interlocutor claims that MWTP is considered as a participant in one of the integration projects agreed at the level of the governments of Belarus and Russia. “In accordance with the previously reached agreements, the negotiation process on this project with the participation of the MWTP and the Russian side continues, everything is going according to the previously scheduled schedule,” said a representative of the State Military-Industrial Committee of Belarus.

The Chinese do not make sense to invest in the Belarusian plant. Easier - buy a couple of tractor and copy them completely. But there is no smoke without fire.

The first joint venture with the Chinese Sanjian-Volat with the participation of the Minsk Wheel Tractor Plant for the production of heavy heavy-duty chassis of the WS family in China with an annual production of about 300 machines was established in 1997 year. In 2009, the founding agreement of the joint limited liability company "Volat-Sanjiang" for the production of hydromechanical transmissions (GMF) at the production site in Minsk was signed. A year ago, the Chinese manufacturer of multi-axle special chassis Hubei Sanjiang Aerospace Wanshan Special Vehicle Co (part of the rocket and space concern CASIC) announced the start of production, with the support of MWTP, fully localized hydraulic transmissions for 500 hp power units. Thus, China has become one of the few countries in the world, along with the United States, Germany and Belarus, capable of independently producing such complex units.

The main contenders for the purchase of a strategic Belarusian company were Russian KamAZ, Almaz-Antey and Uralvagonzavod. The Belarusian side refused to sell a controlling stake in the JSC, insisting on maintaining 50% of the company's shares.

Rumors about buyers and investors from China can be an element of psychological pressure on the Russian authorities on the eve of the next round of negotiations on the MWTP.

At the end of 2012, the Russian Ministry of Defense announced that it intends to transfer the Armed Forces from the heavy chassis of the Minsk production to the systems of Russian development. The Bryansk Automobile Plant (BAZ), which is expected to receive most of the orders for special wheeled chassis for Iskander complexes and multiple launch rocket systems, is considered the most likely supplier of new chassis for Russian military vehicles.

There are several reasons for making this decision. In particular, the Russian authorities decided to adhere to the policy of technical independence from imported products in terms of components and the basic component. In addition, according to a source in the General Staff, the cost of the Minsk special wheeled chassis is approximately 15-20 percent higher than the cost of similar Russian-made systems. Finally, the Bryansk BAZ-69092 chassis is lighter and more compact than the Minsk MZKT-7093, on which the Iskander complexes are based.

However, a relatively quick transition from the Minsk chassis to the Russian ones will fail. According to a newspaper source at BAZ, the BAZ-69092 chassis was developed at its own expense and presented to the Russian Ministry of Defense in July 2011. It will take from five to seven years to conduct development work, test and refine the chassis.


MZKT was established in 1954, at the beginning of 2010, the state-owned enterprise was transformed into an open joint-stock company with an authorized fund of Br177,2 billion. The state owned 100% of shares of the joint-stock company. The company was subordinate to the State Military-Industrial Committee of Belarus. 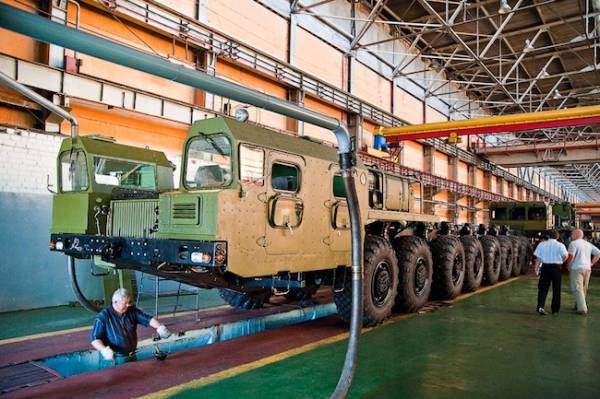 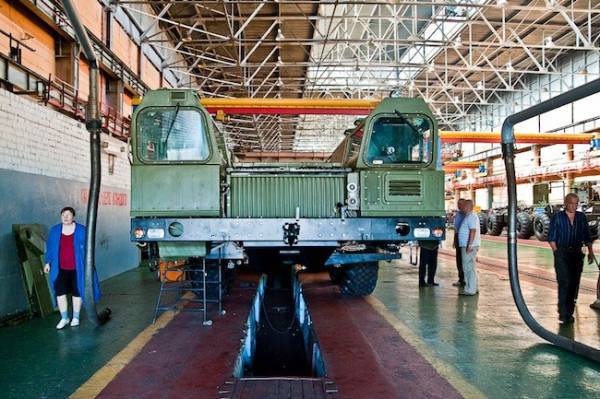 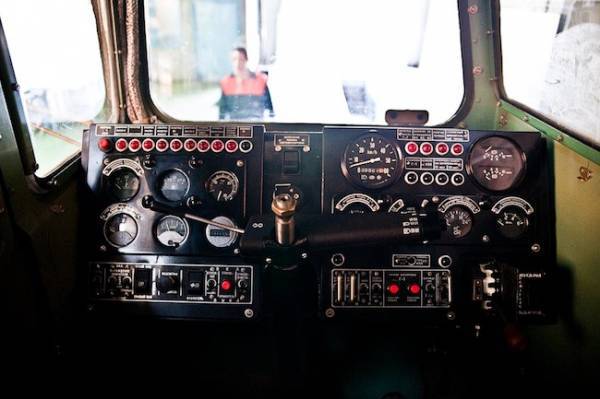 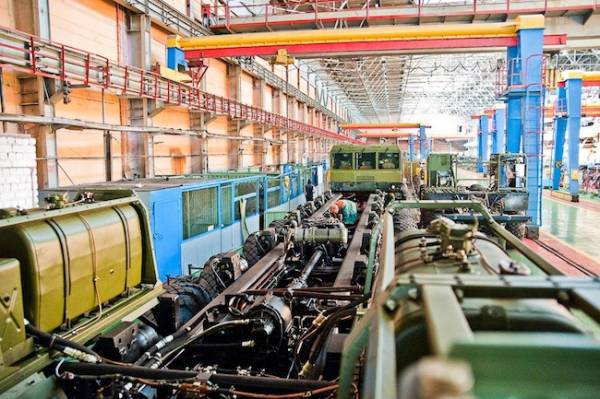 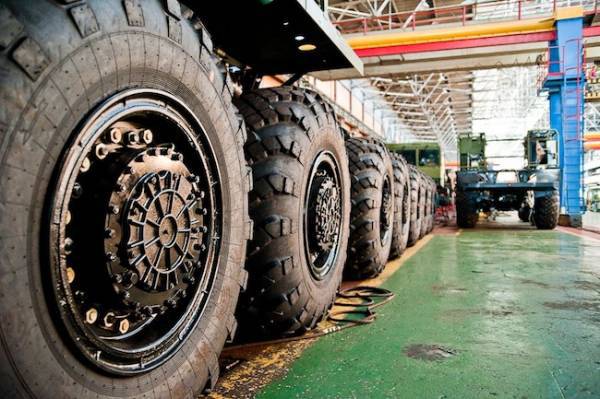 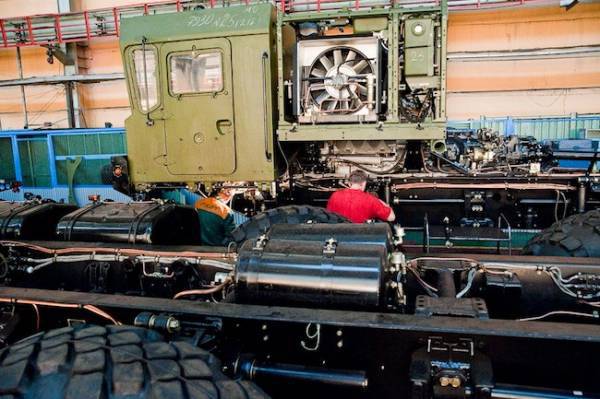 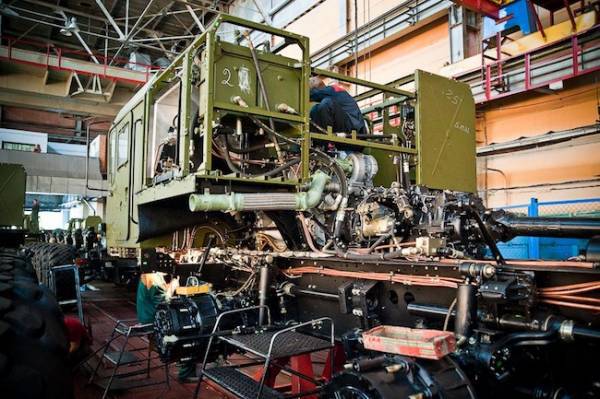 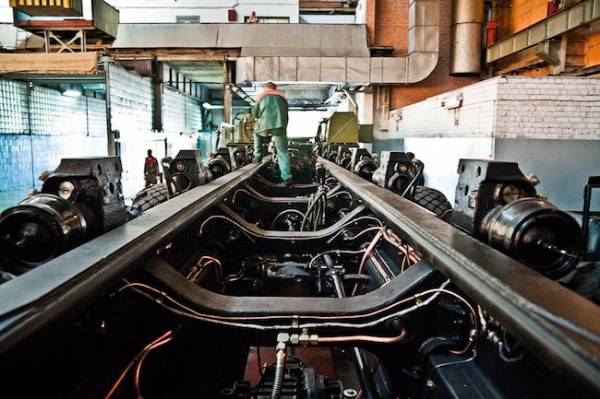 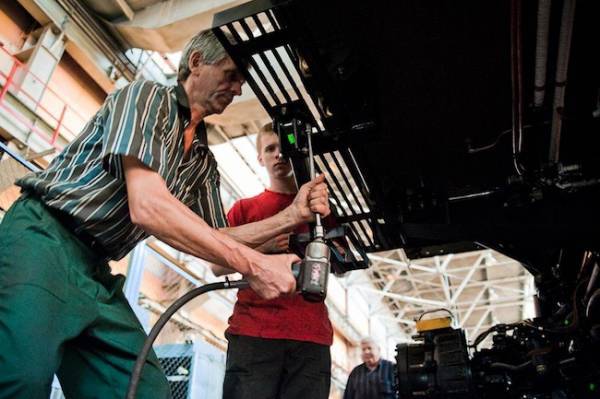 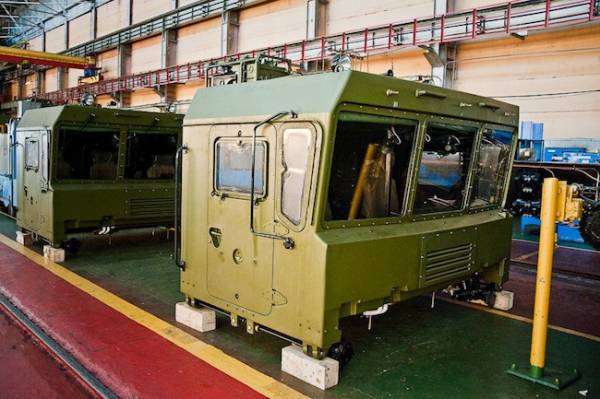 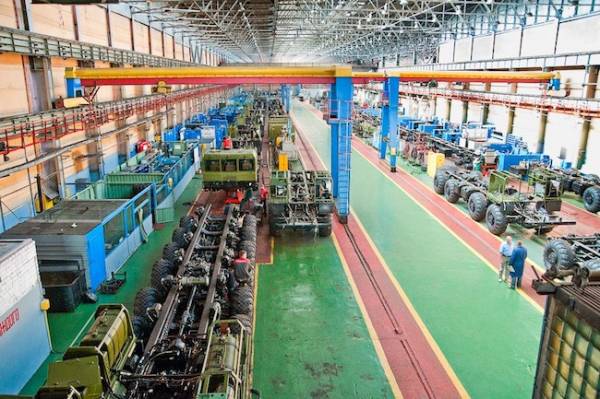 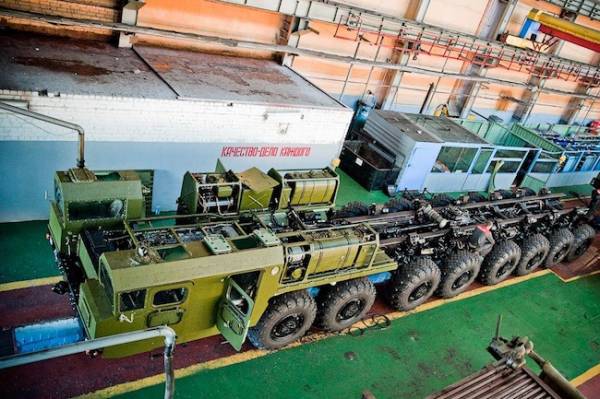 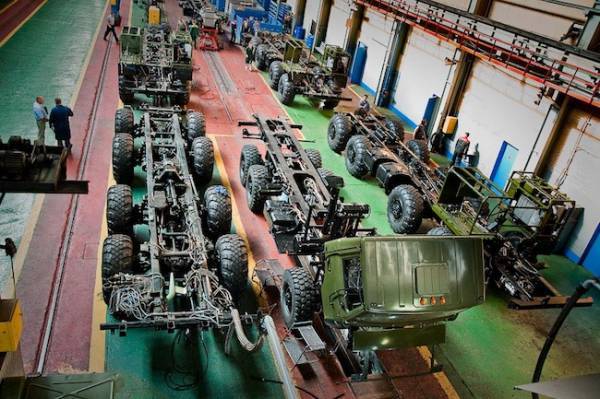 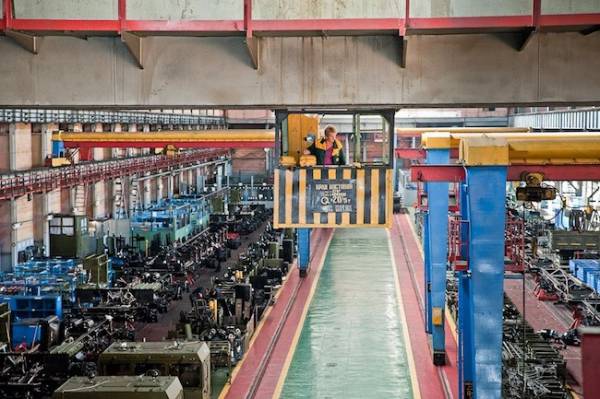 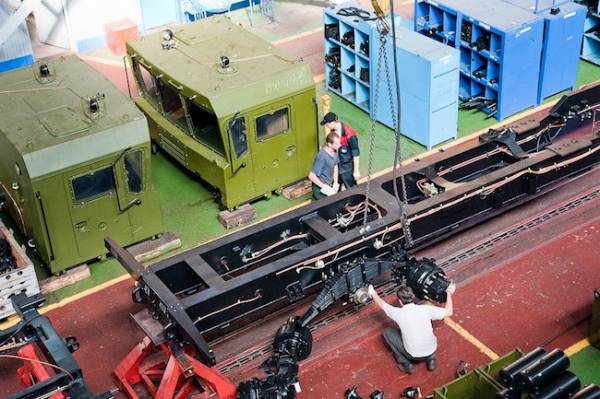 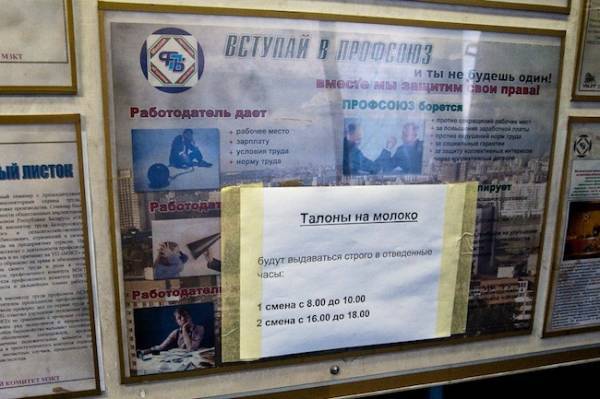 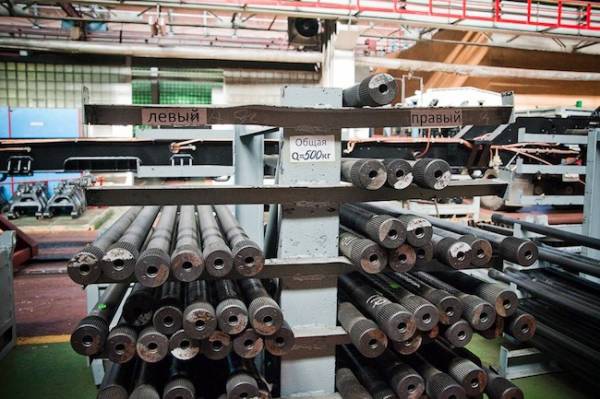 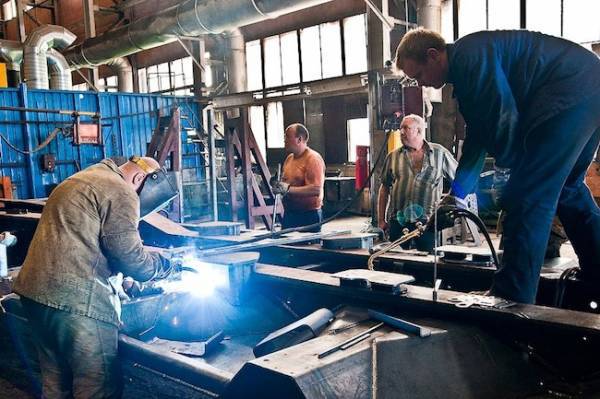 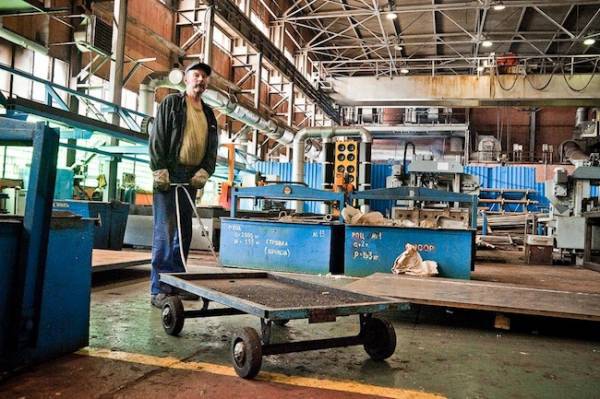 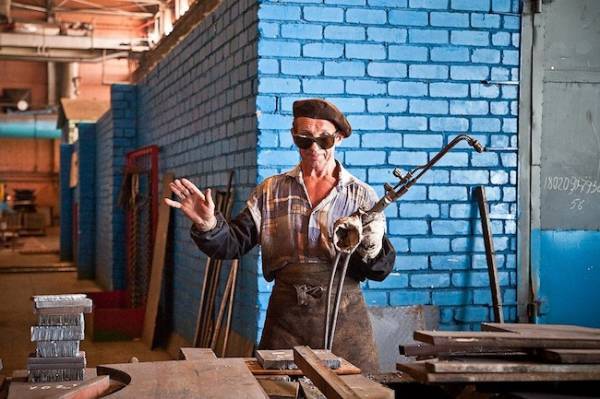 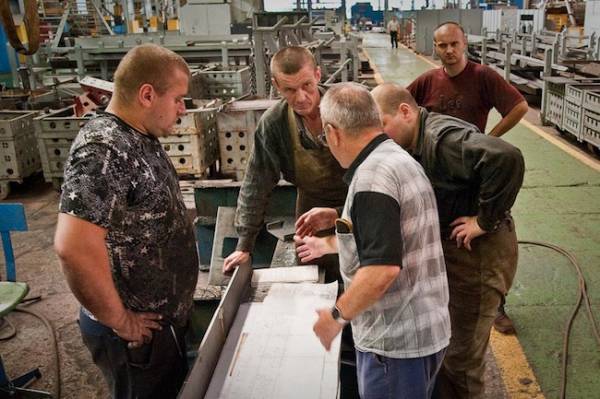 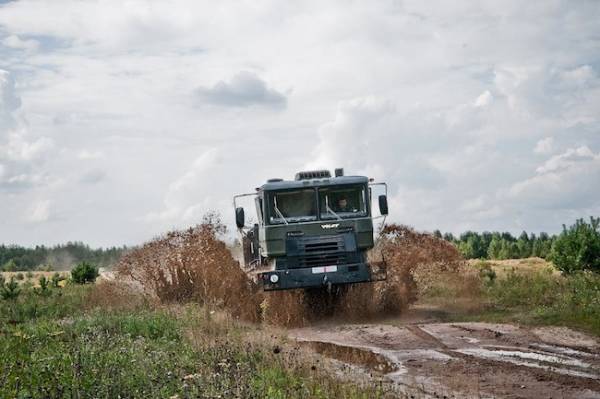 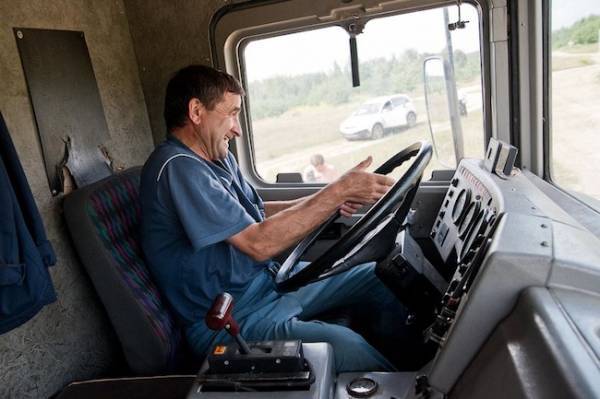 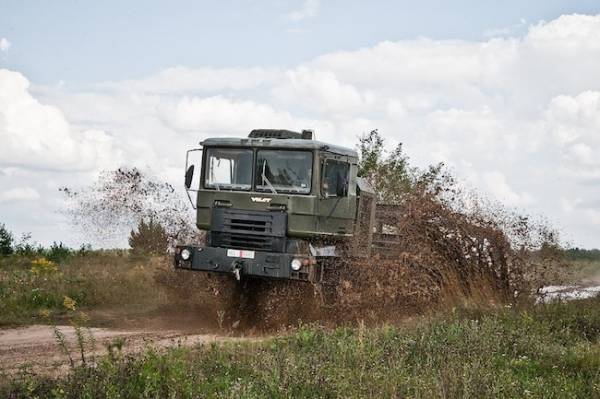