State Corporation or NCO "Far East"? Why the region is not developing and what the president is arguing with the government 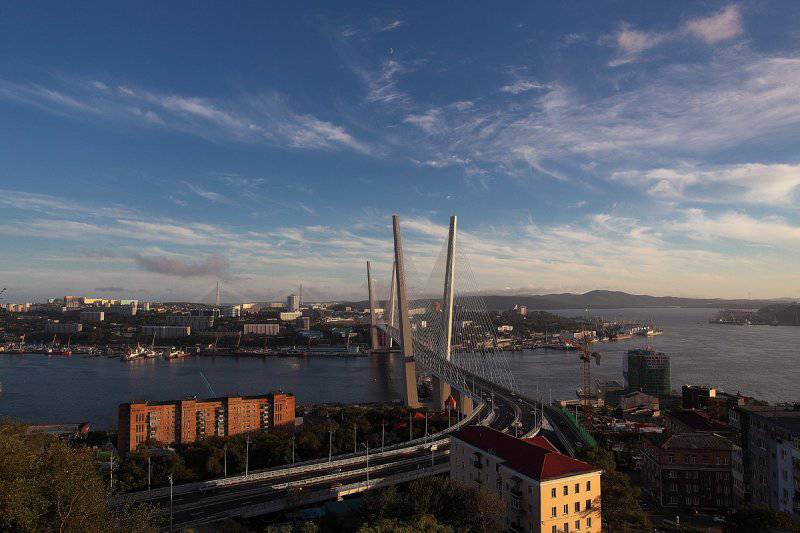 The Far East is a strategically important region of Russia, a unique chance for growth, a point of entry into the Pacific region, etc. Such statements invariably accompany any thematic event, be it a regional forum or a government meeting. But despite the universal understanding of the importance of the development of the Far East, the development itself has not yet been observed. Why so - we assort more low.

Accelerating the socio-economic development of the Far East (DV) was one of the tasks that Vladimir Putin set for the government in May 2012. He also proposed to create a state corporation for the development of Eastern Siberia and the Far East, but instead a new ministry was created, headed by the presidential envoy for the FEFD, Viktor Ishayev.

More than a year has passed since then, but the results of the work of the ministry are not impressive. Many generally question the advisability of maintaining this department.

However, this program was criticized by Putin. The fact is that the amount of 2025 trillion rubles was laid in it before 3,8, but the Finance Ministry reluctantly approved only 296 billion rubles to 2020 of the year. The reason is not so much in the greed of the department, but in the fact that it can act only within the budget, and we have it planned for no more than 3 years ahead. It turns out that, although the program developed by the Ministry of Far East in the shortest possible time, without having to deal with reality, became a document of unclear purpose. In addition, the president criticized the new ministry for "failures in work" and shifting responsibility to the Ministry of Regional Development.

The program was sent for revision, and Putin once again offered to return to the idea of ​​creating a state corporation, but was again not heard by the government.

In fact, the program of the Far Eastern Ministry contains many projects useful for the region. No questions about the need for their implementation, no one arises. Here are some of them:

- construction of a high-voltage line from the Irkutsk region through Buryatia to Transbaikalia;

- development of regional air transportation in the Far East on the basis of the airline "Yakutia";

- construction of a railway and infrastructure for Taezhnogo GOK in the south of Yakutia;

- construction of 7,5 km of power lines and a substation at 110 kV for power supply of objects of the Inaglinsky coal complex, etc.

Total proposed 90 projects, 20 of which are called priority. The case rests only in the absence of those trillions on their implementation.

Recall that in parallel with the creation of the Far Eastern Ministry, the Development Fund for the Far East and the Baikal Region was created, 100% owned by VEB and organized in the form of a joint stock company. According to the plan, it was supposed to be a source of funding for the projects of the Ministry.

But over the year of its existence, the Fund never allocated a single penny to the Far East. The fact is that it is based on the principle of high yield. That is, the money is allocated only for projects with high profitability and reliability. There are still no such.

Ishayev himself criticizes the work of the Foundation, pointing out that it is no different from an ordinary commercial bank, while the Far Eastern projects must be financed with a reduced percentage, taking into account the specifics of the region:

“Life here is different - everything is more expensive here. The conditions of the economy are more complex. The cost of production here is significantly higher than in central Russia.

It is difficult for us to compete in the market, as the cost of electricity is higher, transportation costs are more expensive, winter is longer, temperatures are lower in winter. Because of this, for example, the average profitability at the enterprises of the Far East is 12%. At the same time, the value of money in banks is 15%. ”
Indeed, investors are not interested in the Fund. At the moment, its capitalization is only 15 billion rubles. No one wants to invest in unprofitable long-term projects.
The government recognizes this problem. Thus, the head of the Ministry of Economic Development Andrei Belousov said that even if the fund was capitalized by 233 billion rubles, this would not lead to an increase in investment interest. The profitability in this case will be at the level of 7%, and for the interest of private business there should be at least 13%.
It turns out that if there is a state program, the key issue remains to be solved - its financing.

No one has a clear understanding of at whose expense the Far East will be built. The private investor is not in a hurry to invest, the state too. As an exit, Prime Minister Dmitry Medvedev yesterday proposed changing the status of the Far East Development Fund:

“Now the main financial instrument is the Fund, which in fact is not a fund, but a joint-stock company. There is an idea to create a so-called public company that would work in a new way, ”the prime minister explained.

At the same time, he stressed that a public company is a structure that is created by the state to solve special tasks, in fact, on the instructions of the state, but at the same time operates on commercial principles. According to him, the analog is largely taken from the practice of the countries of Anglo-Saxon law, and in Russia there are no such companies yet.

How such a “public company” will be fundamentally different from the existing form of the Fund is not explained. Supposedly, it will have more discretion than OAO, but how this will make work more efficiently is unclear.

A fundamentally different approach is strongly suggested by Putin, but equally aggressively ignored by the government.

“In my opinion, the state corporation is not needed, state corporations unite in themselves both the managerial and commercial principles. And we just need to promote the business, ”said Dmitry Medvedev, who is known for his faith in market self-regulation.

The form of the state corporation, due to its opacity, is a constant object of criticism from the so-called. liberal economists. Indeed, such a form was created specifically to remove the most important industries from the crisis — and therefore was endowed with the broadest powers, often contradicting market principles.

Here it should be noted that in practice we have both successful examples of the operation of state corporations and failures. For example, Rosnano cannot boast of achievements, and Rosatom as a whole copes with its task.

However, the main question remains unanswered - where to get money for the implementation of all the wonderful projects in the Far East. A change in the form of management should give an answer to it. Putin's option involves a tough crisis management with elements of coercion of state-owned companies to co-finance. Medvedevskoe NPO involves attracting private investors through “increased openness and transparency” and, frankly, so far it looks somewhat pointless.

Ctrl Enter
Noticed oshЫbku Highlight text and press. Ctrl + Enter
We are
We disassemble the interplanetary transport system (ITS) for parts from Ilona MaskThe dismemberment of Russia will begin in the Far East
12 comments
Information
Dear reader, to leave comments on the publication, you must to register.