Military-technical cooperation between Russia and Ukraine: it does not bring together 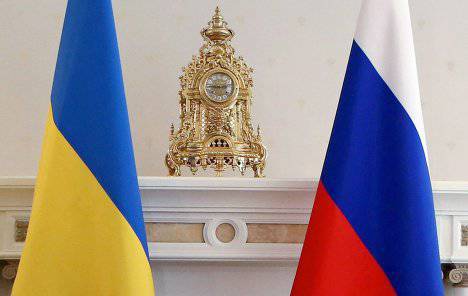 One of the ways of bringing Russia and Ukraine closer would be military-technical cooperation. The defense industry is one of those areas in which the division of our state has caused the greatest damage. The people employed in this industry were vitally connected with the interests of the united state, with its successes and achievements. They understood better than others the realities of the confrontation of the USSR by external forces and were least of all interested in the division of the state. And it is these people who have suffered the most from the destruction of the country.


But in practice, military-technical cooperation with Ukraine often gives new conflicts and reasons for contention. Below are illustrations from life.

The extension of the service life of the P-36M2 “Voevoda” ICBM will apparently now be carried out without the participation of specialists from the Ukrainian Yuzhnoye Design Bureau and the Yuzhmash Production Association. The 15P118М rocket complex with the Р-36М УТТХ and Р-36М2 missiles (according to the NATO classification - SS-18 Mod.5 and 6 "Satan") was developed in the Dnepropetrovsk Yuzhnoye Design Bureau. He also sow day remains the most important part of the Russian strategic nuclear forces, despite numerous misinformation that this complex is allegedly removed from service. The RVSN of Russia is armed with more than 50 missiles, the warranty period of operation of which was initially no more than 15 years. But until a new heavy complex is put on combat duty (the development is carried out by the Makeev State Center), it is necessary to extend the terms of operation of the old one. This was done in the framework of an agreement between the Russian government and the Cabinet of Ministers of Ukraine. But the agreement expired last year. Now, apparently, to carry out work on the extension of the life to 2022 year will be the Russian experts, and not representatives of the developer. This situation is unlikely to strengthen cooperation, but more than logical. To depend on strategic nuclear safety from another state is simply impossible. Especially considering the close cooperation between Yuzhnoye Design Bureau and Yuzhmash, for example, with the American agency NASA on the Antares booster rocket. It uses some technical solutions that are related to strategic missiles, which are in service with the Russian strategic missile forces. For the same reason, it is impossible to interact with the Ukrainian side on the new complexes.

There was a lot of talk about the purchase and joint completion of the Ukraine missile cruiser (Project 1164 Atlant). This is the fourth ship of the series, launched in 1990, but is not yet completed - it rusts at the mooring wall of the plant named after 61 communards. The cruiser "Moscow" of the same project is the flagship of the Black Sea fleet. The cruiser Varyag is the flagship of the Pacific Fleet. The cruiser Marshal Ustinov is part of the Northern Fleet. Ukraine does not need a ship of this class. And there are simply no other buyers besides Russia. And for Russia, completion would be useful in terms of increasing the combat strength and capabilities of the fleet. The Russian fleet is experiencing a serious shortage of means of collective air defense. And the Atlanteans are among the few ships capable of protecting the warrant. In addition, there is a ready-made S-300F complex for him. Of course, the completion and modernization of "Ukraine" will require considerable funds and time. But, despite this, Russia has for many years been ready to buy a cruiser. Naturally, not at the price of a new one, otherwise, along with the costs of modernization, the cruiser will become gold.

But Ukraine does not want to sell the ship at the price of scrap metal, continuing to state that the readiness of the cruiser is, either 92, or 95 percent.

Here, it is worth remembering that Russia sold the aircraft-carrying cruiser Admiral Gorshkov to India for 1 dollars, in return for billion-dollar contracts for its modernization. So in the course of the restoration of the "Atlanta" shipbuilding and defense enterprises of Ukraine could receive live orders, which, moreover, would be really a common cause that unites us. But while “Ukraine” continues to rust at the pier.

Cooperation in the aircraft industry is no less difficult. There is still a high level of cooperation and common projects. For example, the An-70 military transport aircraft is one of the examples of the long-term construction. In April, the bench tests of the D-27 engine were completed, which fully confirmed its technical and operational characteristics. The Russian Defense Ministry signed the corresponding act, and the chairman of the state commission, Lieutenant Colonel Vladislav Bruskov, said that the propulsion system is ready for state flight tests. It would seem that the joint project has become closer to the launch of the series.

But no. The Minister of Defense of Ukraine, Pavel Lebedev, states that the tests of the aircraft are suspended: Russia is not fulfilling its obligations. He is echoed by the president of the state enterprise Antonov, Dmitry Kiva, who in Brazil announced the suspension of tests because Russian pilots do not participate in them. And Prime Minister Mykola Azarov added that Ukraine "will continue the production of the An-70 military transport aircraft even without Russia's participation." What happened? Did Russia, in fact, abandoned the aircraft, the development of which she had financed for so many years?

Not at all. But at the end of December, a meeting was held under the leadership of Sergei Shoigu, at which it was decided to adjust the procurement plans of An-70 in accordance with reality. The HPV-2020 laid out the purchase of 60 of these machines before the 2020 of the year. But now, when there is a single prototype of An-70, which still has to go through a test cycle, this figure looks completely unrealistic. And at the meeting it was decided to finance only the testing and completion of the second flight copy. And before starting the purchase and assembly of An-70 at the KAPO plant in Kazan, wait for the results of the tests of the aircraft.

Regarding the statements of the Ukrainian side, the Deputy Minister of Defense of the Russian Federation, Anatoly Antonov, expressed surprise, recalling that the Russian Ministry of Defense had completely fulfilled its financial obligations. At the same time, there are delays in financing from Ukraine. The project is funded by Kiev only 45%. Regarding the procurement plans, Anatoly Antonov said that after preliminary tests conducted by Antonov State Enterprise, state trials will begin, and after their completion, a decision will be made on serial procurement - all in strict accordance with intergovernmental agreements. That is, Russia is not going to give up on An-70. So what's the deal?

It seems that the case in intellectual property rights. In March of this year, Russia already acquired from Ukraine the rights to the military transport version of the An-140. This happened following the results of the same December meeting with Sergei Shoigu. On it was the need of the Russian law enforcement agencies about a hundred light military transport aircraft. Meanwhile, the Ilyushin group of companies, which had previously developed such an aircraft (IL-112, the program was closed in 2011), is now loaded with work on IL-76MD-90А and the joint Russian-Indian military transport aircraft MTA. And the Aviakor plant in Samara is already assembling An-140. This is a finished aircraft, three of which the Defense Ministry has already received. The release of the military transport version of the Russian-Ukrainian An-140 looks more preferable than the resumption of a still rather crude project. And the redemption of rights to its production is quite logical on the eve of a large military order. So why is it impossible to do the same with An-70, which was also actually created with Russian money?

Most likely, the management of the Antonov state enterprise is really interested in bringing An-70 practically ready without Russia's participation. Dmitry Kiva estimated demand for An-70 in the countries of Asia, Africa and Latin America in about 80 machines. It is no coincidence that he made his strange statement about the non-participation of Russia in the testing of An-70 at the international exhibition of armaments in Rio de Janeiro. Russia not only did not stop participation in the project, but it is interested in An-70, finances this project and in fact has no alternative to it. And the acquisition of intellectual property rights in An-70 is Russia's logical and natural desire. Here are just plans of the management of the state enterprise Antonov to privatize the holding and sell its shares in the west may suffer from the loss of rights to such a promising machine. Dmitry Kiva speaks quite openly about these plans:

“... We need to create a holding company on the basis of Antonov, which will include the Kharkov plant and plant number 410 civil aviation. Then it needs to be corporatized and sold. A controlling stake should be left with the state, and 49% should be sold. There are already Western investors who have expressed a desire to buy part of this company. ”

Well then. At present, the field of military-technical cooperation between Russia and Ukraine is not so much a path to rapprochement, as reasons for mutual accusations and offenses. Instead of restoring cooperation and technological chains, we observe processes that separate us even more from the second reunion. Why is this so?

In the period of the 90 of the last century, the products of the defense and high-tech industry of Russia and Ukraine were not in demand within our states. The industry was forced to survive. In many areas and product samples, Russian and Ukrainian enterprises have become competitors. And both in foreign markets and in the domestic, which is still largely common.

Nevertheless, a new century has come, and for Russia the period of timelessness has passed. She began to return to her historical way. Ukraine is still in geopolitical uncertainty. For, being the most important and traditional part of one country, it artificially maintains a state of disruption with other parts. It is because of the artificiality of her current “sovereign” state that she experiences most of the economic and political problems - but it is precisely this state that she officially considers her main achievement.

How can you overcome the current situation?

To begin with, you will have to understand that no mutually beneficial cooperation on an economic basis will bring us closer to the second reunion. Reunification is possible only through political means, since the very “sovereignty” of Ukraine is a purely political phenomenon, which has no roots either in the economy or in culture.

To count on a sustainable “economic” or “military-technical” reunion with the elite, which is fundamentally incapable of fulfilling obligations and at the same time insists on its independence and lack of control, is extremely naive.

Ctrl Enter
Noticed a mistake Highlight text and press. Ctrl + Enter
We are
Star Trek of the Yuzhnoye Design BureauWorld bearers
31 comment
Information
Dear reader, to leave comments on the publication, you must to register.