"It could be done and more delicate" 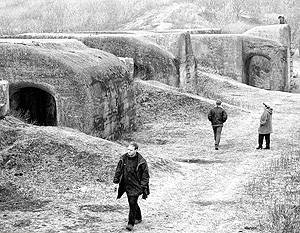 “We are talking about the earthen fence of the southern frontier. Thanks to this preserved historical heritage, it was possible to show what a tower is. This is not only fortresses and castles, as we used to. This is a completely different stage of serf construction, ”said Oleg Kratievsky, a local historian and member of the Russian Geographical Society, to the VIEW VIEW.


Часть historical monuments on Russky Island in the Primorsky Territory were destroyed during the construction of APEC facilities. This was stated by a local historian, an employee of the Military History Museum of the Pacific Fleet, a member of the Russian Geographical Community Oleg Stratievsky.

“For example, to build a bridge from the peninsula Shkot to the island of Helena and go along it along the sea. At that time, this idea did not receive a positive response, although now I hear statements that this bridge will be built after all. If this had been done before, not a single fortress would have suffered. All objects can be positioned much more compactly, just that nobody was particularly interested in it, ”Stratievsky told PrimaMedia.

The local historian also noted that one of the bridge junctions leads to a dead end, however, for its construction, a hand-made shaft was destroyed during the Russo-Japanese War.

He said that this line of defense was created in 1901-1904, historians call it the Southern Line. “Previously, in one season, about 10 thousand schoolchildren came to us on excursions, whom we took to the fortresses, told them about history. After all, it is much more interesting when the past exists not only in words, when it can be seen, touched. Now from the whole story there are only torn pieces that cannot be assembled into a single whole. The situation is the same from an environmental point of view: senselessly cut trees and squeezing out sea water from the bays in connection with the work of treatment facilities, ”the historian believes.

In September last year, the Asia-Pacific Economic Cooperation Organization (APEC) summit opened in Russian. In this regard, the island was deployed large-scale construction.

The facilities necessary for holding the summit are located on the Saperny Peninsula. According to the planning project, a large international business center, several hotels, an aquarium and the Pacific Research and Education Center, which will include several research institutes of the Russian Academy of Sciences, are planned to be built on a land plot of 2,8 thousand hectares.

A government decree on 31 March 2010 created a tourist and recreation special economic zone on the territory of the Russian island. 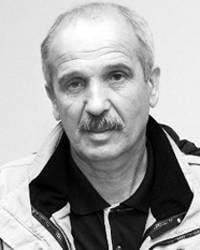 In an interview with the newspaper VIEW Oleg Stratievsky spoke about the value of the affected monuments and which construction companies caused damage.

VIEW: Oleg Borisovich, you stated that the construction in Russian destroyed the historical monuments of the period of the Russian-Japanese war. How big is the scale of this destruction? List which basic objects were lost?

Oleg Stratievsky: We are talking about the earthen fence of the Southern Frontier. The fact is that the village Pospelovo is one of the oldest garrisons of the Russian island, which originated in 1887 year. A little later, literally in 1892, the first infantry battalion came to the island, then it grew into a regiment. And with his arrival, the task of equipping the ground defense begins, a whole line of defense is being built, we call it the “earth fence”. This is a handmade shaft, designed to ensure that the surrounding area can be traced.

Rows of barbed wire go before the shaft itself, the wolf pits are traps for infantry. Further, the anti-personnel trench, very deep, it is impossible to just step over. In addition, one of the sites specifically, as in Port Arthur, used high-voltage wire. And only then begins the shaft itself - the usual rifle, machine gun trenches. This entire site occupies a kilometer of 2,5.

Thanks to this preserved historical heritage, schoolchildren could be shown what a tower is. This is not only fortresses and castles, as we used to. This is a completely different stage of serf construction. It was intended to fight ships.

Now for the destruction. I note at once that all claims are only against Crocus International, and not against the construction company SK Most. The two companies had completely different approaches to solving problems. Even when discussing the development plan of Vladivostok in 2008, there were disputes about what to do in order not to touch on the monuments. And then the management of SK Bridge flew to the Russian island and looked at the historical buildings on the East side. Initially, builders had to come close to the battery, but management decided to shift the project to 50 meters in the other direction. And then on the drawings everything was very comfortable and did not touch the monuments.

Another thing with Crocus International. Their builders, through the entire earthen wall, pierce a huge trench supposedly for the road, but the most interesting thing is that the road then rested against the power station and did not go anywhere else, and the whole shaft became a huge hole through which it was impossible to pass. In the second section of the shaft, directly near the fort of Pospelov, ground was excavated within 300 meters with the sole purpose of obtaining a stone. They had the opportunity to restore all this, but they did not. They destroyed Fort Ajax.

VIEW: Considering the scope of construction, which was conducted before the APEC summit, could it have been possible to do without these disruptions and negative phenomena? Or at least minimize the loss?

OS: All this could be done and more delicately. It is clear that Russky Island is basically a forest. But the trees there were not cut down, and savagely broke and ripped out by the roots. On either side of the road to 100 meters of trees torn out.

Only five ports were able to clean up. While it is impossible to take under the protection of all these facilities.

VIEW: Why are the responsible persons allowed to destroy historical monuments? Carelessness, savings, something else?

OS: It's hard to say. The simplest is impunity. Because high figures were involved in the construction, there was little time, the rigid frameworks did not allow to stand on ceremony.

LOOK: How are things with tourist activity on the island? After the loss of monuments, the number of tourists greatly decreased?

OS: Even despite the destruction, the number of tourists has increased many times. First of all, because Vladivostok, Russky Island became interesting.

VIEW: How is the situation with the loss of monuments by other historians, local historians, representatives of local authorities assessed? Are they going to take any additional measures to preserve the heritage?

OS: This is solely my opinion. Talking about him wherever possible.

VIEW: Have you tried somewhere to complain about the actions of the builders? Is your assessment of the situation known to the public?

OS: Of course, everyone already knew about this scandal. A few stories were on local television. The only thing we know is that all our requests did not go to Moscow, so no one knew about the problem above.

VIEW: This situation in Primorye is associated only with the APEC facilities? Or other monuments in the region are destroyed?

OS: I cannot say about all Primorye, but during the construction there was not only destruction, but also ennoblement of monuments. The fact that the damage was, it is for sure, but how many and what monuments suffered, there is no information.