I promise everyone will come back ... 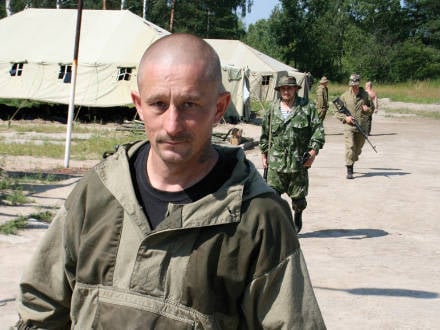 Those who passed the mournful message to friends, acquaintances, colleagues, and those who received this striking information did not believe in his death either. He was always cheerful, filled with energy and light, it was impossible to imagine outside of life.


They did not believe until the last minute ...

In the late evening of December 11, a firefight broke out in the suburbs of Tyrnyauz on December 13th, when the driver of the Zhiguli stopped for inspection opened fire with a pistol and injured a policeman. After neutralization of the shooter and the conducted search operations, the employees of the FSB and the Ministry of Internal Affairs in the Kabardino-Balkarian Republic managed to establish the house to which the car was allegedly sent.

He came to the internal affairs bodies in the ninety-fourth. And for the next eighteen years, his life was inextricably linked with law enforcement. Fourteen years in the riot police, where he went from an ordinary soldier to a platoon commander in the TsSN GU MVD in the city of Moscow, departmental and state awards, including the medal "For Courage" and "For the difference in the protection of public order", especially valued among those who serves the law. But most importantly, he had a mass of students, whom he trained and prepared for action in situations that are extreme even by special forces standards.

... After the courtyard, residential and outbuildings were blocked, an assault group of four people rushed into the house. The first, holding in front of him and his comrades an armored shield, was a police ensign Pavel Yakovlev, the second was Major Knyazev, followed by two more soldiers. Quickly inspected the hallway, kitchen, rooms on the right and left sides of the corridor. They were all empty. 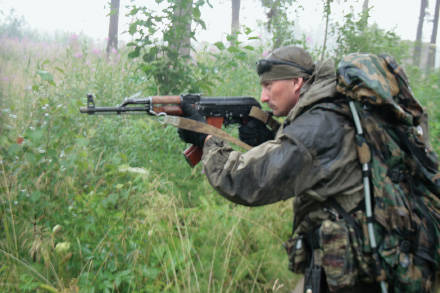 The group stopped for a moment at the entrance to the annex. Alexander gave the command to open the door. Immediately behind it was a small room with darkening apertures in the right and left wall. You cannot imagine a worse situation: in whatever direction the group moves, one of the flanks will still remain undisguised! Knyazev gestured for Yakovlev to start moving into the right ridge, while he himself threw the barrel of his submachine gun to the left, insuring his comrades from the troubles threatening the left.

No sooner had the group taken two steps in the direction of the opening, how did an automatic barrel appear from there and gangster bullets rushed towards the riot police. Most of them hit armor plates, but two still managed to sting Paul and Alexander. Yakovlev, continuing to hold the shield, fired back. Action, struck by his accurate shots, fell.

Understanding that there may still be gangsters in the house, with whom the group having two wounded people will be hard to cope with, the major ordered them to leave. And at this time in the left aperture the second fighter appeared. He kept the machine gun in front of him, his finger on the trigger.

There was no time left for Alexander to give commands, only to act. The major turned to face the enemy, threw the machine up to chest level and took a step forward to completely block the shelling sector. They started shooting at the same time ...

Later it will be known that in the house on the outskirts of Tyrnyauz there was the headquarters of the so-called “north-western sector” of the bandit underground operating in Kabardino-Balkaria, and in the basement of the extension, which Major Knyazev did not reach with his assault team, there was a laboratory for improvised explosive devices. Militants killed by Moscow riot police will be involved in several high-profile crimes committed on the territory of the republic.

But all this, police major Knyazev will not know: without regaining consciousness, he will die from blood loss on the way to the hospital.

13 December 2012, the coffin with its body by special flight was delivered to the capital. The next day, all employees of the TsSN Directorate of the Ministry of Internal Affairs of Russia in the city of Moscow, many other units of the Moscow police, Alexander's parents and friends came to say goodbye to their comrade. 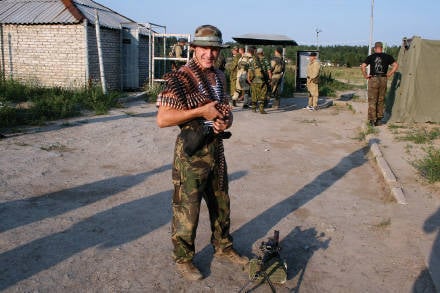 Saying goodbye to the deceased comrade-in-arms, Major-General Vyacheslav Khaustov, who headed the Moscow police department for several years, recalled how in September, seeing his subordinates off on a regular business trip to the North Caucasus, he asked the unit commanders to do everything possible to prevent losses. The reply word then fell to keep Alexander Knyazev. “Do not worry, Comrade General, I promise you - everyone will return,” he said then.

During the farewell to the officer, many kind words were said about him. All of them were pronounced sincerely, at the behest of the soul. It makes no sense to repeat them all, trying to tell about this amazing person and express all the bitterness of the loss suffered. “He had an amazing ability to fall in love with the whole world” - this is a phrase uttered by one of his friends, which most accurately describes Alexander Knyazev. Prince, as his friends called him. And not only because it was consonant with his last name. But also because he always and honestly, in all things, acted nobly. He did this in the last moments of his life.
And the day before his death, 11 December 2012, he was thirty-eight.

Ctrl Enter
Noticed oshЫbku Highlight text and press. Ctrl + Enter
We are
SOBR officer Alexander ShushakovThe project of Dmitry Belyakov “Veterans of the special forces of the country”
32 comments
Information
Dear reader, to leave comments on the publication, you must to register.