Today is the Day of the Russian language 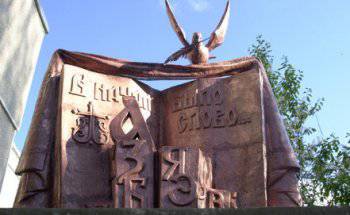 6 June on the birthday of the great Russian poet, the founder of the modern Russian literary language Alexander Sergeyevich Pushkin in Russia and the world celebrates the Day of the Russian language.
The decision to hold the Russian Language Day as one of the UN official languages ​​was first made at a meeting of the UN Department of Public Information 20 in February 2010, on the eve of International Mother Language Day, as part of a program to develop multilingualism and preserve cultural diversity. One of the goals of this program is to maintain the equality of all six official languages ​​of the UN (English, Arabic, Spanish, Chinese, Russian and French), as well as to draw attention to various languages ​​and cultural traditions.
6 June 2011 Russian President Dmitry Medvedev signed a decree on the annual celebration of the Day of the Russian Language in Russia.
Ctrl Enter
Noticed oshЫbku Highlight text and press. Ctrl + Enter
We are
New photos of the Chinese fighter Chengdu J-20The murder of Yegor Sviridov: Moscow entered the Manege (photo, video)
Military Reviewin Yandex News
Military Reviewin Google News
16 comments
Information
Dear reader, to leave comments on the publication, you must sign in.