Ukrainian army will be a contract? 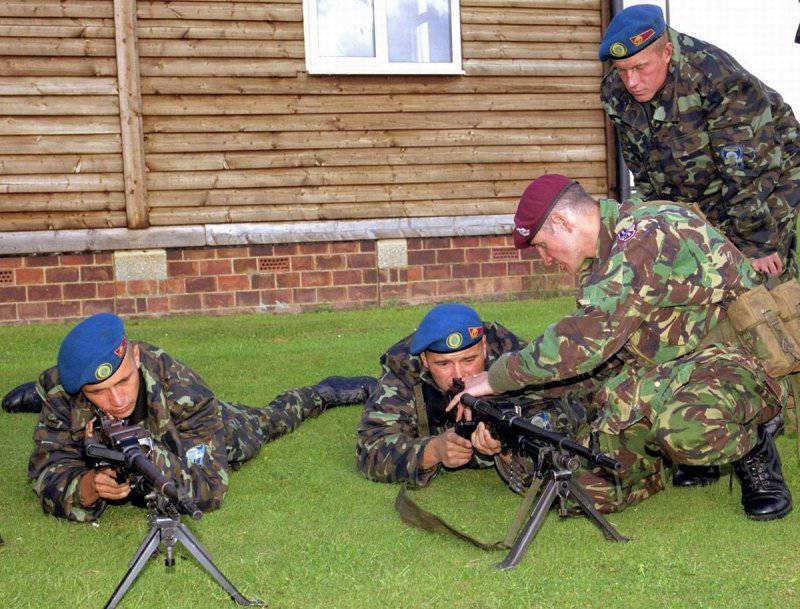 The Ukrainian Ministry of Defense refused the call, citing the fact that, starting from 2014, the Ukrainian army will move to a contract basis. The last call will be held this fall.

It should be noted that the wound repeatedly spread information in a number of media that the transition of the Ukrainian army to a contract basis would be postponed until the 2017 year. However, the other day, representatives of the defense department officially denied such rumors. According to the press service of the Ministry, the last recruits will go to serve this fall and will be demobilized already in 2014. The very next year, the defense of the Motherland will cease to be the responsibility of every Ukrainian youth who has reached the age of majority. This honorable duty will be fully assigned to professionals.

During the formation of the Ukrainian armed forces and in the framework of the transition of the army to the contract, doubts repeatedly arose. And this is not surprising, because the implementation of a comprehensive state program for the development and reform of the armed forces of Ukraine, calculated up to 2017, requires huge amounts of money - 16 billion dollars or about 131 billion hryvnia. This considerable money, to put it mildly, is supposed to be found through the sale of military property that is not currently in use. According to the Minister of War, P. Lebedev, the list of such “unwanted” property includes about two hundred military camps.

Also, according to the minister, the Ukrainian army will have big tasks. In addition to revising the structure and management system of the army and improving the system for training military specialists, great attention is expected to be paid to accomplishing the tasks of equipping troops with new and modern weapons and equipment, participation of the Ukrainian military in international peacekeeping operations, and intensifying combat training of personnel.

However, such bright prospects raise great doubts among experts, representatives of the Ministry of Finance, as well as the General Staff, whose deputy chief, I. Kabanenko, stated that it would be possible to fully transfer the army to a contract basis only by 2017 year.

Despite the squall of criticism, the head of state V. Yanukovych still endorsed the state program for the reform and development of the national army. According to this program, over the next five years, a substantial reduction of the army is expected (from 184 thousand troops to 122 thousand). In this case, the order will be sent about 40 percent of colonels and about 30 percent of generals. The only ones whom the reduction will not affect are combat units and certain types of troops, in particular, naval forces and airborne troops, because by now they are already almost 90 percent staffed with contract servicemen. Thus, according to the statement of Minister Lebedev, the number of military personnel who will be in a state of constant combat readiness will remain at the level of 70 thousand people, and under the reduction will be those who are not directly related to ensuring combat capability, in particular, military doctors, teachers, builders.

It is also assumed that the funds that will appear after the reduction of the armed forces will be spent on the procurement of new weapons, providing social guarantees for military servicemen who have resigned, as well as on carrying out ideological training. So, for example, since the spring of 2013, the discipline called “military ideological training” has taken its place among the full-fledged training items of the Ukrainian soldier. It includes not only history Ukrainian army, information about the traditions of the Ukrainian army, but also contains the basics of state and law.

According to the state program, the salaries of contract servicemen will gradually increase. Note that at present, the income of the military leaves much to be desired.

Recall, however, that the application for the transition to a contract army does not mean that this transition will take place. We hear similar statements for almost two decades. Back in the period when V. Yushchenko came to power, that is, in the 2005 year, the concrete terms of the transition of the armed forces to the contract began to be called. Yushchenko himself promised to make this transition before 2010, V. Yanukovych - he promised to do the same before 2011, then both 2014 and 2017 were repeatedly called.

Such inconsistency in terms is explained very, very simply. The fact is that all of them are unreal in practice. Back in 2008-2010, a Defense Review was conducted in the country, in other words, an inventory of the problems and opportunities of the Ukrainian army. Previously, something similar was done in 2003-2004. Then, on the basis of the data obtained, the so-called White Book was published (that is, the Defense Strategic Bulletin of Ukraine before the 2015 of the year). According to the results of the 2008-2010 review, a newsletter was also to be issued. However, the Blue Book (Strategic Bulletin before 2025 of the Year), which is designed to contain specific management decisions on the transition of the army to a contractual basis, has not only been not approved until now, but has not even been written.

In December 2011, the main provisions of the bulletin were officially published by the military department, however, the authors of this document themselves say that a full transition to a hired army is possible only by 2025, apparently, bearing in mind that this is too long, to seriously think about whether there will be a professional contract army in Ukraine by then or not.

Officially, the main obstacles in the process of creating a professional army in Ukraine are insufficient funding and the problem of housing. Thus, if necessary, the military department asks for money for its needs, supporting it with statements about the need to move to a contractual basis as soon as possible. But one serious question is missing from the attention: does the Ukrainian state need contractual armed forces in general? With what weapons will they fight?

If we talk about the Ukrainian version, it should be noted that initially the government, together with the military department, incorrectly approached the issue of recruiting the army, because instead of trying to recruit the armed forces with highly motivated and highly professional personnel, it tries to ensure the transition to a contract basis without increasing financial resources allocated to the needs of the army. Moreover, for some reason, it is erroneously assumed that the contract is always of free will, and the call is under duress. In fact, this is not quite the case. The voluntary appeal should be supported by the prospect of entering a state university on a budgetary basis, since the army itself must provide military personnel with a quality education. Equally important is the socio-economic situation of some regions of the country. It must be borne in mind that in certain regions of Ukraine for young men to join the army is a great success, because it gives them the opportunity to get a certain profession and eat normally. In practice, this is what happens: for some reason, the military registration and enlistment offices drag those who absolutely don’t want to serve there, but refuse to those who are absolutely fit for health reasons, but either have a stormy life or insufficient education.

In addition to this, unfortunately, the state cannot afford to pay cash support to soldiers at the level of at least five hundred dollars (at the moment, even officers do not receive this amount). Therefore, there is no point in relying on the financial side of the reform.

Another important reform issue is rearmament. Lebedev, taking the post of minister, received from his predecessors, several basic programs for supplying the army with new weapons and equipment, in particular, the Sapsan missile system, the An-70 medium-range military transport and the Oplot-M battle tank T-XNUMHUM , corvette "Vladimir the Great", project 84. In addition, there are several programs for upgrading the MiG-58250, Mi-29, Mi-2, Mi-9, Mi-8 helicopters, training aircraft L-24, BMP-39. It makes no sense to mention the financing of these programs in this article, because it’s impossible to understand in a few words the scale of funding priorities.

The process of rearmament, by the way, does not depend on the transition to a contract. Of all types of weapons, only intended for mass use by soldiers Tanks and an infantry machine, so there is no need to recruit contractors to master them. If we talk about the other types of equipment, then back in Soviet times, almost all of them were serviced by officers.

And finally, some experts say that the term of service directly affects the level of combat training of soldiers. But, if you think about it, in this situation, you need to think not about contract recruitment (who, by the way, are also incompetent in matters of combat training, like recruits), but seek professional training of fighters as soon as possible. To this end, it is possible to increase the service life in the army, and it is possible to reduce the time that soldiers spend on many hours of cleaning the territories, self-training without the necessary knowledge. The free time is enough to greatly increase the level of combat training.

Ctrl Enter
Noticed oshЫbku Highlight text and press. Ctrl + Enter
We are
Pentagon Cybermen10 countries that refused military conscription for the last 5 years
63 comments
Information
Dear reader, to leave comments on the publication, you must to register.