6 2013 June
21
Recently, more and more attention is paid to the development of the Arctic expanses. This attention is attracted by the presence of truly innumerable volumes of energy resources, as well as by alternative sea transport routes that are common to all mastered. However, when it comes to the beginning of great work on the development of the Arctic by Russia, there is at least one important question: how to deal with the “legacy” that has remained in a number of Arctic archipelagoes since the region’s development in the past years - the years of the USSR. For the first time, this “legacy” came up about three years ago, when Vladimir Putin (at that time the Prime Minister of the Russian Federation) decided to visit Franz Josef Land - Russian Arctic territories consisting of almost 200 islands administratively related to the Arkhangelsk region. Then Putin arrived at the “northernmost” frontier post of Russia, “Nagurskoye”, located in the northern part of Alexandra Land, and discussed with representatives of various departments the strengthening of Russia's influence in the region. This influence, it must be admitted, was substantially lost after the collapse of the Soviet Union, when on the world map of which the Arctic territories became a powerful shield of nuclear deterrence. But for all the richness of the program of the visit, the main impression (and frankly negative) on Putin was made, unexpectedly for those who prepared the visit, thousands of rusty barrels that filled a space that was barely enough for the eye.

At the same time, Putin to his question about what all the barrels are doing here, the number of which is difficult to assess, answered: they are stored here, Vladimir Vladimirovich. Such a response caused Putin’s ill-concealed indignation, after which the prime minister was instructed by the relevant departments to sort out the situation and eventually establish order in the Arctic. The “stored” barrels, which turned into thousands of tons of rusting scrap metal, often filled with toxic substances, were disposed of.

If we talk about assessing the extent of cluttering up the territory of the Franz Joseph archipelago alone, then scientists together with the military were able to fairly accurately assess the number of these barrels that require urgent disposal. The scale is truly impressive: at least 300 thousand tanks with various types of fuel. Used oil is “stored” here, aviation and diesel fuel. At the same time, it is precisely “mining”, as scientists say, that it is the most dangerous content, since it contains substances, after exposure to organisms of living things, the latter can activate mutational processes in cells. This leads to the development of a number of oncological, skin, cardiovascular diseases, a dangerous effect on the liver and organs of vision. Such substances are called PCBs - polychlorinated biphenyls. And PCBs can get into the soil through all the same rusting barrels, the integrity of the walls and bottom of which is broken with time.

In addition to the barrels with toxic substances on Franz Josef Land, a large number of obsolete technology remains, which outlines the contours of many islands with rusted skeletons. And also - dilapidated buildings, rotted wooden houses, useless coal scattered under the open sky, and much more. 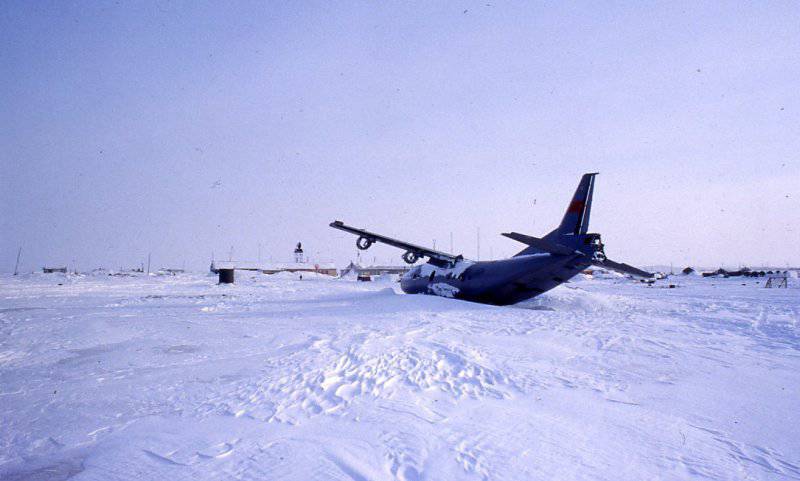 It is planned that a complete cleaning of the archipelago will end, at best, in seven years. And if initially it was planned to remove the territory of the islands by forces of specially allocated for this working brigade, today it became obvious that one could not do without people's help in this project for general cleaning of the Russian North. This year, it is planned to carry out the work, which is called, rolling up their sleeves. On the archipelago, 1 June has already begun cleaning work, in which the disposal of rusted barrel continues with the help of special equipment. Specialists cut off the covers from the barrels, neutralize the fuel, and using a special press, the barrels themselves turn the metal blanks into fairly thin ones, which are then loaded onto ships and sent to special enterprises. The difficulty here lies in the fact that a) there are not enough workers, b) it is not known for certain what exactly is in one or another barrel. It often happens that with just one touch to the barrel with special scissors, it just bursts along the seam and the waste oil or aviation kerosene flows into the soil. To avoid this, it was decided to use special pallets, but the work from this will be significantly delayed.

In early June of last year, a contest was announced for companies in the Russian Arctic National Park that would be able to participate in cleaning Franz Josef Land. The total amount of the order was 1 billion. 480 million. Rubles. Total until 2015, the authorities are going to allocate 2,3 billion rubles. At the same time, the Ministry of Natural Resources has developed plans to clean up the territory of the Russian North from rusty scrap metal.

Apparently, it was difficult to deal with private structures that would have inflamed the desire to clear the Arctic, and the FSUE “Sevmorgeo” company became the main actor in the competition. The company’s management decided to use the volunteers to clean the islands of Franz Josef’s land, at least this was stated in the company itself. In this case, the word “volunteer” in this case does not quite fit, since volunteers usually work on a voluntary basis and are absolutely free. The company also recruits volunteer brigades with working conditions in the archipelago for two summer months, with a declared amount of earnings in 120 thousand rubles during this time. 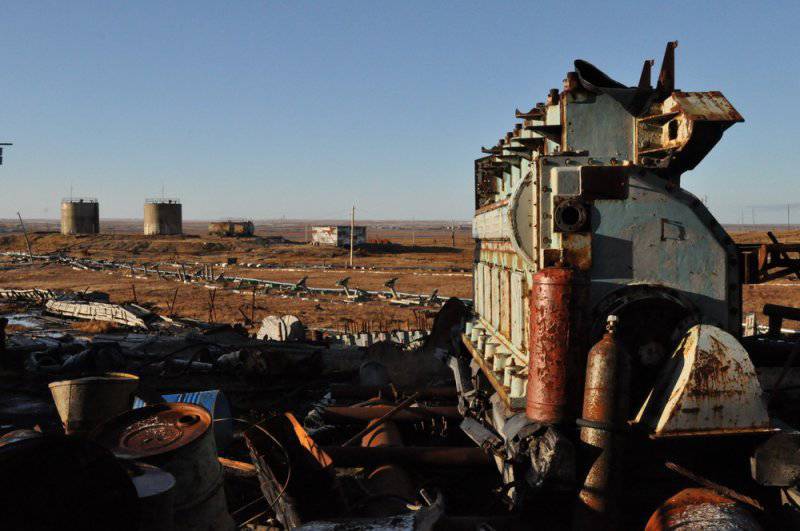 So far, a team of 30 volunteers has been formed, who most often are students of universities and colleges of the Arkhangelsk region. 20 volunteers are students at the Northern Federal University, often called Arctic. Students had the opportunity to earn good money during the summer months, as well as help their home region to get rid of the serious environmental problems that hung over him. Students are assisted by specialists from research groups who, with the help of mobile laboratories, assess the contents of barrels abandoned in the archipelago.
Obviously, the pace of the "subbotnik" in the Arctic should be increased and attract more non-indifferent people who, among other things, are able to earn enough decent money.

The news agency “Arktika-Info” decided to conduct a sociological survey in the region, in which respondents were interviewed about their desire to go to Franz Josef’s land and take part in a big harvest. The survey results are as follows: 44,8% said they were ready to exert their forces, almost 28% said “yes”, but only if they were paid for it, 21,5% said that they also did not mind, but only informational campaigns on this issue were carried out wrongly a lot that does not allow to know the details of the campaign, 5,75% have declared their categorical unwillingness to take part in the campaign to clean the Arctic.

It is noteworthy that with all the modesty of the amount of information that comes in about the activities related to cleaning the islands of the archipelago, this very information inexplicably reached “our” omnipresent guest workers. It turned out that the citizens of Uzbekistan participate in the cleaning, stating that the working conditions in the Far North are quite satisfactory, as is the monetary allowance.

I would like to hope that a big subbotnik in the Arctic will really bring useful fruits, and I also want to count on the fact that none of the valiant officials will warm their hands on this good business and, most importantly, on the funds allocated from the state budget, as it often, unfortunately, happens .

Ctrl Enter
Noticed oshЫbku Highlight text and press. Ctrl + Enter
We are
Arctic "Temp" on the island Boiler again in the ranks
21 comment
Information
Dear reader, to leave comments on the publication, you must to register.