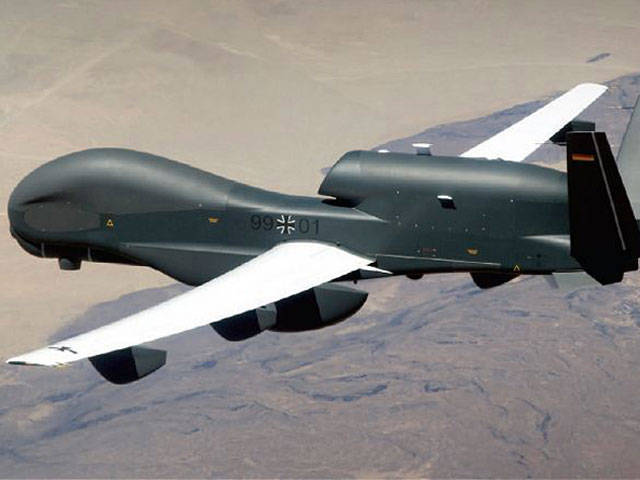 A video has been published on the Web, previously listed in the military archives under the heading "secret". The recording made from the Luna drone over Afghanistan shows how he miraculously avoids a collision with the passenger plane of the airline Ariana, on board of which there were about 100 people. The left engine of the aircraft flashes right in front of the lens of the video camera. The incident occurred back in 2004 year, but the record was made public just now.

According to media reports, the publication of the video caused a scandal in the German Ministry of Defense - in the Bundeswehr they are now discussing the allocation of funds for the improvement of military UAVs and equipping them with collision warning systems.

Ctrl Enter
Noticed a mistake Highlight text and press. Ctrl + Enter
We are
Old and new ways of dealing with unmanned vehiclesFrench UAV Harfang based on Niamey in Niger (photo report)
29 comments
Information
Dear reader, to leave comments on the publication, you must to register.