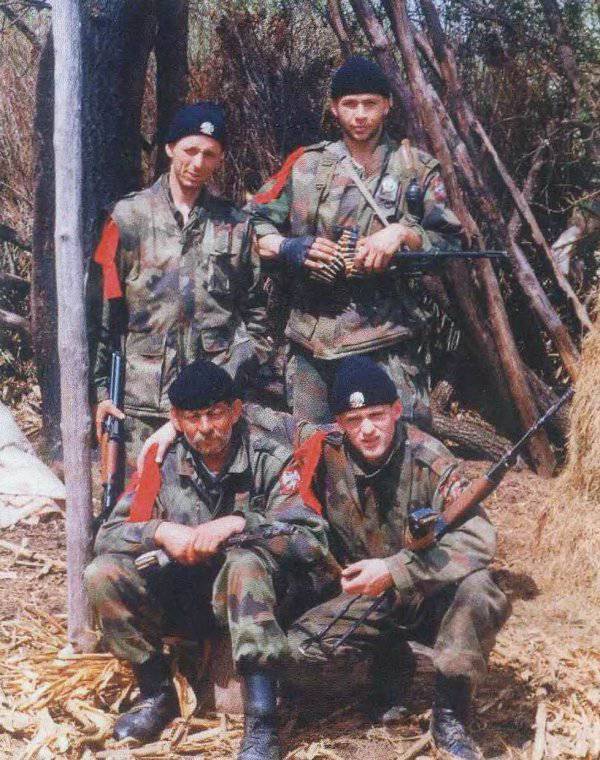 Many people think that in the post-war years the Yugoslav army was armed, like all the armies of the countries of the socialist camp, with Kalashnikov licensed assault rifles. However, in fact, Yugoslavia has established the release of its rifle system based on the AK without the knowledge of the Soviet side.

In 1959, the Crvena Zastava factory in Kragujevce began work on its own automatic weapons on the basis of the Soviet AK machine gun. Due to the prevailing foreign policy situation (after the well-known statement of the Information Bureau of 1948, Yugoslavia was in hostile relations with the USSR) it was impossible to obtain a license to produce AK, and therefore the development of its own modification of AK in Kragujevc was started without agreement with the Soviet side. The factory’s management was able to enlist the support of the Infantry Arms and Tactics Directorate, but at the same time the General Staff of the JNA (Yugoslav People’s Army) did not support the copying of the AK.

The starting point for the creation of the Yugoslav AK was the transfer of two Albanian soldiers in 1959 across the Yugoslav border, together with their personal weapons - AK, under an intermediate cartridge 7,62x39 mm. Their machines were transferred to the factory "Crvena Zastava" in Kragujevec. It was then at the factory that the idea was born of creating an entire series of own small arms under the AK designation under the designation FAZ (FAMILIJA AUTOMATSKOG ORUZJA ZASTAVA) with the emphasis that the development of an assault automatic rifle would be the main thing. Project management was entrusted to factory engineer Milan Chirich. Samples of AK were carefully studied, and all their details are accurately copied by pouring sulfur with sulfate.

Soon, the designers realized that two full-scale copies are not enough to perform the task before them. Josip Broz Tito himself was able to solve this problem. During his visit to one “friendly” Third World country receiving Soviet military assistance, he was able to negotiate the purchase of two thousand AK, some of which went to the Redven Zastava factory.

Initially, the Zastava factory tried to unify the FAZ type weapons as much as possible with the samples already produced here — the M-56 machine gun (factory designation “11”) under the cartridge of the caliber 7,62x25 mm, and the carabiner M-59 (factory designation “23”) created based on a self-loading carbine SKS Soviet-made.

By virtue of this, in the first versions, the FAZ had a cylindrical twisting cranking handle from the M-59 carbine and a rear aiming block with a folding aiming bar mounted on the receiver cover.

Also on the modification “B” was installed a metal butt made of steel tubes, similar to the butt of the M-56.

The first versions of the M-64A and M-64B machines had a magazine with 20 cartridges.

As for the length of the trunk, then the factory experimented with trunks of various lengths.

In addition, the designers sought to adapt this weapon for firing rifle grenades and, at the initial stage, installed a special fire interpreter on the gas tube with the possibility of installing two positions “Open” (O-otvoreno) and “Closed” (Z-zatvoreno) so that shooting the grenades were made in the “Closed” position, and the aiming was carried out through the scope mounted on the grenade itself. The grenade was aimed in the same way on the first modifications of the Belgian rifle grenades of the Energa type.

A special nozzle was installed on the M-64 trunk, following the French model, which provided for the shooting of rifle grenades and played the role of a flame arrester. This decision, in the end, found its place on the new modification of the M-59 carbine, released by order of the JNA General Staff under the designation M-59 / 66. But in M-64 they refused it. Improved prototypes of the M-64 were equipped with a new type of sight for rifle grenades, which was mounted on a gas tube and at the same time played the role of a regulator, since, rising above the gas tube, it blocked the exit of gases. Shooting grenades at the required distance was carried out by raising the sight and combining the slot, indicating the range of the grenade, with the head part of the grenade.

It was also decided to equip both M-64A and M-64B with a magazine with 30 cartridges, as well as a wooden pistol grip.

On the basis of these samples, Yugoslav designers developed and models of light (company) machine guns modifications M-65А with a quick-detachable barrel and M-65B

Automatic M-95 under the NATO cartridge caliber 5,56. This sample has already been produced in Serbia.

Modern weapon of the Serbian soldier - M-21 submachine gun under the NATO cartridge caliber 5,56 with a permanent barrel. In 1965, these models were demonstrated to the JNA command.

Although the Infantry Armament and Tactics Directorate fully supported the adoption of the FAZ series, the JNA High Command rejected it, justifying its decision that equipping all units of the Yugoslav Army with automatic small arms would lead to excessive expenditure of ammunition. But time still showed the advantage of automatic small arms, and in 1968, after the entry of Soviet troops into Czechoslovakia, negotiations began with the Soviet side on the procurement of AK and AKM assault rifles for the special forces of the JNA.

Technical documentation with a number of new requirements was prepared at the Military Technical Institute in Belgrade.

Based on these requirements, an M-1970 machine gun was created in 70, which went into series production and was adopted by the JNA. His prototype M-64 remained a prototype and is currently only available in museums.

The M-70 has a milled receiver, a sight, on the sighting block attached to the receiver, as on the Soviet AKM, a wooden butt similar to the butt of the M-64A, and a plastic pistol grip. Also, its modification M-70А was created with a folding metal butt from a U-shaped steel profile.

The fire sub similar to AKMovsky has three positions U (UKOCENO) - fuse, R (RAFALNO) - automatic, J (JEDINACNO) - single. The marking “Zastava-Kragujevac” / “Yugoslavia” was applied on the aiming block on the left side. 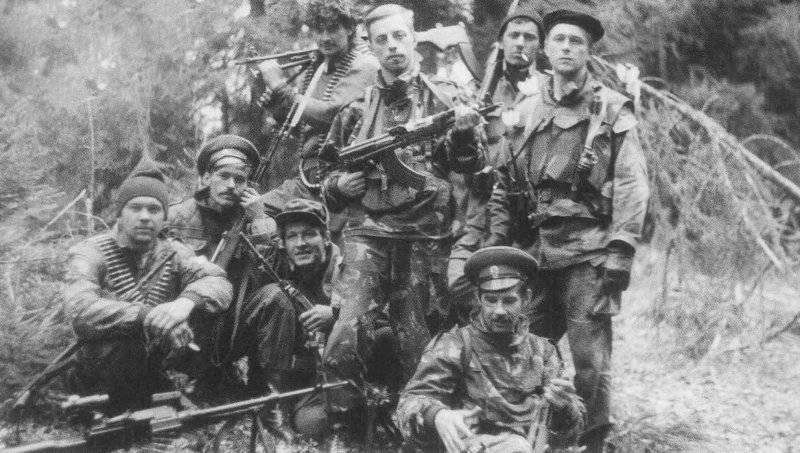 Serbian fighters with the FAZ family. Photos from the time of the Yugoslav conflict

However, during the production of the M-70 machine, some solutions were abandoned, in particular, the latch lock in the rear position, which was installed in front of the store; the lock was removed, and its function was performed by the store feeder.

In the future, it was decided to make changes to the design of the percussion mechanism, removing one shaped protrusion of the trigger and introducing a trigger retarder, similar to that used in the Soviet AKM. These machines also had a milled receiver and received the designation M-70B due to the fact that it was put on a wooden butt of a slightly modified form, fixed in the case with one lock, as well as the muzzle brake-compensator - the same as on the Soviet AKM. The modification of this weapon with a folding metal butt was called M-70AB.

Later, the receiver box was made stamped (stamped-riveted) of steel 0,9 mm thick, and these samples were given the designation M-70B1 (with a wooden butt) and M-70ABX1 (with a folding metal butt).

The shortened M-85 submachine gun under the NATO cartridge of caliber 5,56 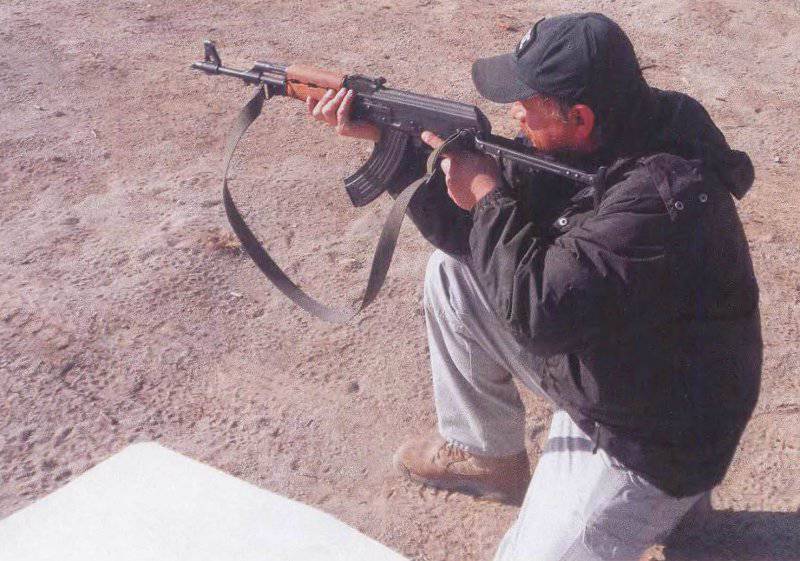 A decent amount of machines. M-70ABZ already at the beginning of the XXI century. was shipped to Afghanistan

These machines had modifications, on which on the left side there was a bracket for mounting night sights. They received the names M-70БХNNXXН-ПН (with a wooden butt) and М-1АБХNUMXН-ПН (with folding). Released and started based on the M-70B1 and M-70AB1 machines M-70B1 (with wooden stock) and M-70AB2 (metallic butt) differs from its predecessors in that their stamping-riveted receiver was made of steel 70 mm . In addition, an aiming block copied from the sight of the Soviet PKK machine gun was mounted on them.

These two machines were most widely spread during the wars that took place in the territory of the former Yugoslavia from 1991 to 1999. Then, after the end of these conflicts, a decent amount of such weapons was sold from warehouses to a number of countries of the world.

At one time, the Yugoslav leadership ordered the Crvena Zastava factory to organize the production of M-70 machines in Iraq, where it was produced in various modifications under the designation Tabuk. 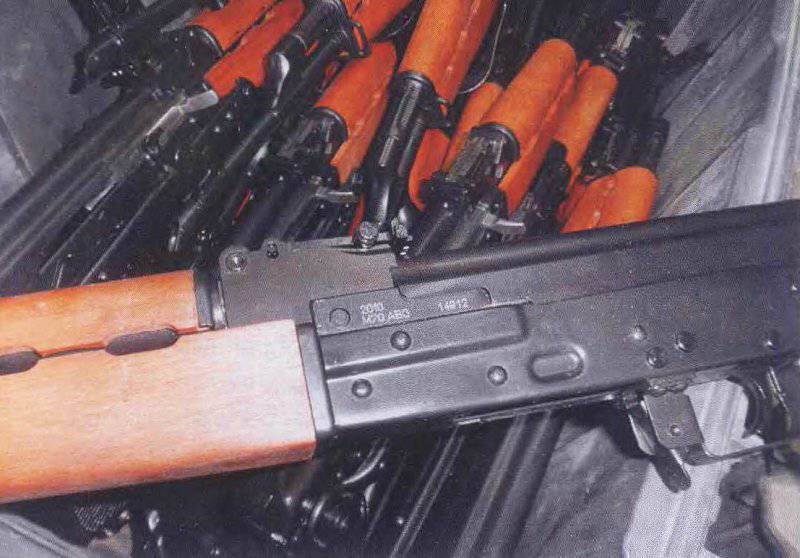 In the end, under this munition developed a model M-21, which was adopted in 2008, the army of Serbia. This model is actually a new weapon system, which showed accuracy comparable to the M-4 carbine with significantly higher reliability parameters in the course of comparative tests at the SAJ special purpose unit ground (CAJ) of the Serbian Interior Ministry.

In addition to this model, in Serbia, on the basis of the M-70AB2 submachine gun, a new modification of the M-70ABZ has been created, which is now being delivered on orders approved by the US Department of Defense to Iraq and Afghanistan. In these models, the sight of rifle grenades - there is no gas regulator, as well as the ramrod itself, instead of this, you can install a Soviet-developed grenade launcher GP-25 on the machine. 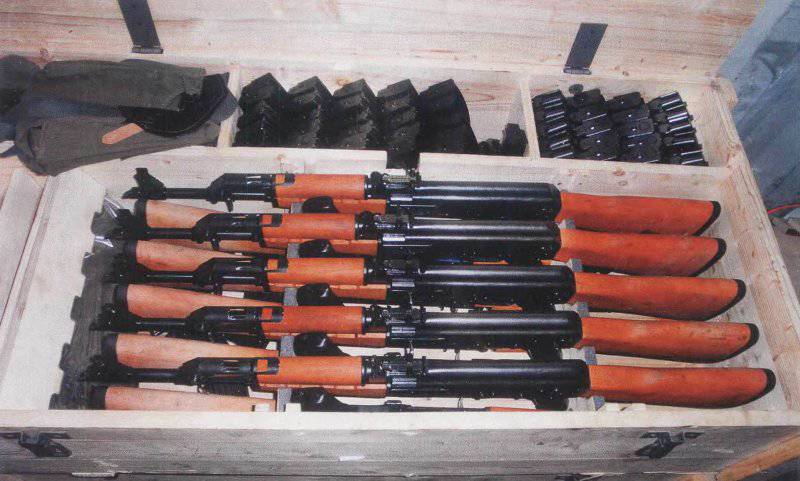 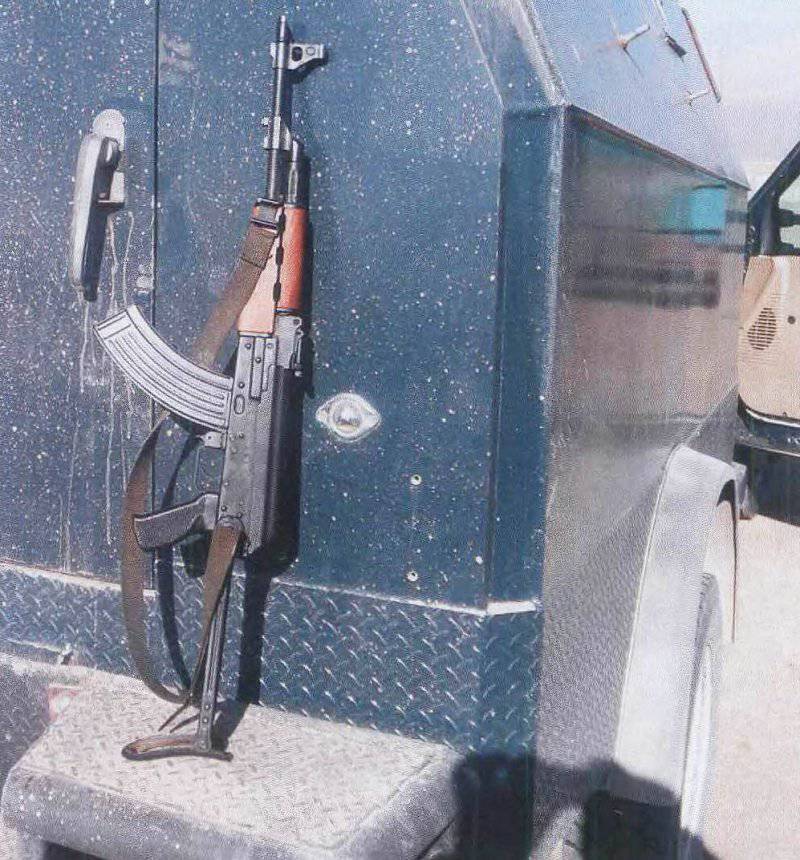