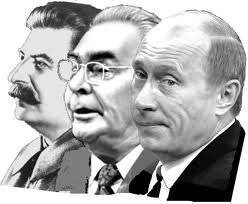 A year has passed since the first survey.Evaluation of state political figures", Held among the visitors of the site" Military Review ". Is it time to repeat?


BETWEEN FIRST AND SECOND ... A GAP MUST BE!

In the folk drinking tradition there is a well-known rule - between the first and second intervals is small. At the same time, both the first and the second are usually accompanied by a youthful exclamation: “Eh! Well gone! ".

In the practice of conducting public opinion polls, there are other rules that are not accepted here, since people’s opinions are rather stable and do not change from day to day. Some time has to pass for something to change in the outside world, and after that the opinion of people on this matter. This is especially true in relation to government officials and their policies. After all, the authorities themselves are not one-day butterflies, and their policy is not like a kaleidoscope, changing with a flick of the wrist.

A year ago, in May 2012 of the year, forum users "took to the chest" the first, largely trial, survey in the framework of the intra-site project "Assessment of government and political figures." The site’s old-timers may remember it, and “recruits” can read the report at this link: http://topwar.ru/14595-ocenka-gosudarstvenno-politicheskih-deyateley-rezultaty-oprosa.html.

The results of the survey caused a lot of different comments, but the general impression was also viewed: “Well gone! Pour in the second! ". Then took part in the survey 127 site visitors, although applications for participation were significantly higher. Many, for various reasons, "flew" past the survey, which was regretted when discussing its results. Indeed, it is annoying and annoying when you want to contribute to the overall project, but due to circumstances beyond your control you cannot do this. There is little consolation - to comment on the result obtained by the efforts of others. Fortunately, this project was originally conceived as a prolonged survey, repeated over a certain period.

Now is the time to "pour on the second", i.e. to re-poll on a given topic. Why in a year, not earlier and not later? It is obvious that in a year in our countries (we are talking about Russia, Belarus, Ukraine and Kazakhstan), the authorities committed enough actions (or, on the contrary, inaction) that could either strengthen people in their opinion about them, or change this opinion into one or another the side.

To obtain comparable results, the same survey will be used in the repeated survey as last year. This methodology was developed specifically for the task of assessing state and political figures. Its “zest” is in the three evaluation criteria-criteria identified at the preliminary stage of the development of the methodology:

Each of these factors is described by a series of antonymous (opposite in meaning) adjective pairs. For example, "Credible - suspicious", "possessing a pivot - spineless", "with a king in his head - empty" etc.

What is new in this survey compared to last year? First of all, this reduction in the number of defendants in the survey - the objects of evaluation. Last year there were 38. This list included both real figures of the USSR and the CIS countries, as well as generalized images (types), with equally understood by all reputations, such as “Patriot”, “Creator”, “Traitor”, “Scoundrel”, “Master” "And so on. Types served as peculiar markers, in relation to which the position of real political figures was determined. The experience of last year’s survey showed that the number of respondents was clearly redundant. Survey participants simply got tired of evaluating 38 objects on the same set of scales. The eye, as they say, was “washed up”, attention was scattered, and the reliability of the assessment decreased. In addition, some respondents missed part of political figures, leaving them without assessment. In this regard, it is proposed to exclude from the list of objects the assessment of all opposition figures (G. Zyuganov, V. Zhirinovsky, A. Navalny, etc.), second-hand statesmen (S. Lavrov, D. Rogozin, A. Chubais, etc. .), and also refuse to use types. Although the latter gave a certain charm to the survey results, they were practically not used in the analysis.

As a result, an abbreviated list of defendants in the survey will be limited to only the main actors - the state leaders of the USSR, Russia, Ukraine, Belarus and Kazakhstan. It: Joseph Stalin, Nikita Khrushchev, Leonid Brezhnev, Mikhail Gorbachev, Boris Yeltsin, Vladimir Putin, Dmitry Medvedev, Viktor Yanukovych, Alexander Lukashenko and Nursultan Nazarbayev. Total 10 people, but what! A wide range of manifestations of human virtues and vices at the highest level!

Another new survey is 2013. It will be supplemented with a section where visitors to the site will be able to express their opinion regarding the guides of whose interests, in their opinion, are (or were at one time) certain participants in the survey. To answer this question, five answers will be offered:

It would be naive to believe that a statesman realizes his imperious resource only in one of these areas. It is obvious that in reality there is a distribution of efforts and interests among several of them. The question is which of them are leading, which are secondary, and which are generally alien to a particular politician. Accordingly, the technique of answering this question will not involve a simple choice of one of the five answers, but the distribution of conditional 100% of the efforts and interests of the respondent among all five answers.

How will the survey be organized? Due to the irregularity of the applied methods and the presence of several assessment objects, a survey, for purely technical reasons, cannot be carried out directly on the site online. However, we have a “trodden” alternative path, which proved itself well last year:

1) The survey organizer has already created the target mailing address [email protected]
2) Any visitor, regardless of his country of residence, who wants to take part in the survey, sends to the above address an application in any form from his postal address.
3) In response, the survey participant receives an Excel file containing evaluation forms and detailed instructions for completing them.
4) The resulting file is saved by the survey participant on your computer, filled in at home and sent back to the target address when completed. [email protected]
5) The individual results obtained, after a plausibility check, are recorded in a common database.
6) After the completion of the distribution stage and the return of completed evaluation forms, the results are processed and analyzed based on the generated database.
7) Summarized survey results are published on the Military Review website.
8) Survey participants are notified in advance of the date of publication of the report and are entitled to the “first night” - they also receive a report on the results of the survey in advance by e-mail.

Another important question is the confidentiality of individual responses. The survey is completely anonymous, you do not need to enter your name or "nickname" anywhere on the site. Your individual answers will not appear anywhere. The only request is when completing the evaluation form to answer two service questions relating to your country of residence and your age. Answers to these questions will allow for a more detailed analysis of the survey results for individual categories of respondents surveyed.

It is no secret that the time of the active life of any article on the Military Review website does not exceed a maximum of two days. This time will pass and the article will be ousted from the field of attention of visitors by a series of the following publications. Obviously, this article-announcement expects the same fate. It is also obvious that not all visitors to the site will have time to get acquainted with it and learn about the conduct of the annual survey “Evaluation of state and political figures”. And this is not good, since we are already at the start of losing potential survey participants. Therefore, I apologize in advance for I will aggressively advertise this survey in comments to other articles. This will be done with the sole purpose - to increase the level of participation of visitors to the site in the annual survey. Thanks in advance for your understanding.

Finally, another, very irrelevant remark - about the organizer of the survey. Last year it was Stanislav Vasilenko under the nickname "916". This year, the nickname has changed to “Just Vasilich”, but the face of the individual has remained the same, except that it has aged for one year ...

Well, comrades and gentlemen, the last of the "Mohicans" and the descendants of the great Soviet people, "roll forward" on the second survey, give an assessment of the "servants of the people" from our present and past? Otherwise, who besides us?

Mailbox [email protected] is already open and waiting for your applications.