Would Russia receive after winning the First World Straits? 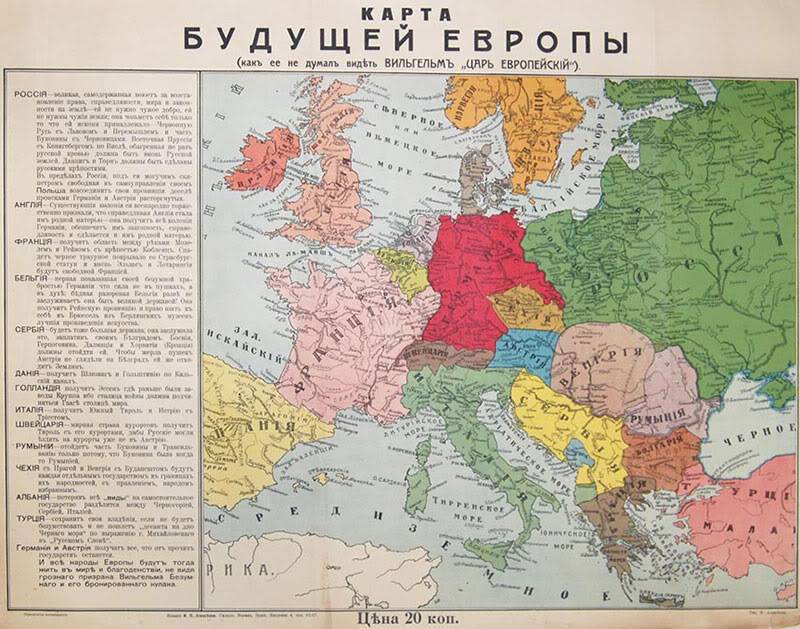 Russia considered the annexation of Istanbul and the Straits a deserved prize following the victory in the First World War. However, the British and French did everything possible to prevent this from happening. The Russian General Staff was also incapable of the operation to capture the Straits.


For some reason, the idea that following the results of the won World War I, Russia should have received the Bosphorus and the Dardanelles, as well as Constantinople (Constantinople, Istanbul), firmly sat down in the Russian patriotic consciousness. Legal allies of Russia on the Entente, France and England, never gave such a promise, everything was limited to verbal agreements or some kind of memorandums (compare the degree of legal elaboration of agreements on post-war organization at the Yalta conference in 1945).

Understand the impossibility of obtaining the Straits and the Russian intelligentsia. At the top of one of the cards (when you click on it and other cards you can see them in an enlarged size), released in 1915 year in Russia. It shows the re-alignment of the borders of Europe according to the results won by the Entente of the First World War. It is clearly seen that the Straits on the map are Turkish. But Russia should have acquired East Prussia, the territory of present-day Slovakia, and eastern Galicia. Poland would also have become part of eastern Germany.

Chronologically, one can trace the main discussions at the level of diplomacy and the actions of the general staff regarding the Straits and the future of Turkey.

September 26, the Russian Foreign Minister Sazonov, sent an official note to the French and British governments outlining the Russian government’s point of view on the objectives of the Entente during the war that started in the Balkans. It said that "the Turks should remain in Constantinople and its surroundings," but Russia should receive guarantees of free passage through the straits. There were no direct claims to the straits and the adjacent Turkish territory. They emerged at the state level after the performance of Turkey on the side of Germany.

25 February 1915, British and British warships fired upon Ottoman forts at the entrance to the Dardanelles and launched the Dardanelles operation. France and England did not inform Russia of the preparation of this operation, Petrograd learned about it through reconnaissance channels from Paris.

France and England attracted to the operation of Greece. which caused an extremely negative reaction in Petrograd - there were fears that Athens would demand Constantinople as a reward. If the planned operation succeeds, the Straits in any case came under the control of England and France, which forced Russia to demand from its allies official assurances of its transfer to the Straits after the war and Constantinople. Even direct threats from the Russian foreign minister, Sazonov, were even used. With the tsar’s permission, he directly hinted to the members of the Entente that Russia could conclude a separate peace with Germany and Austria-Hungary. 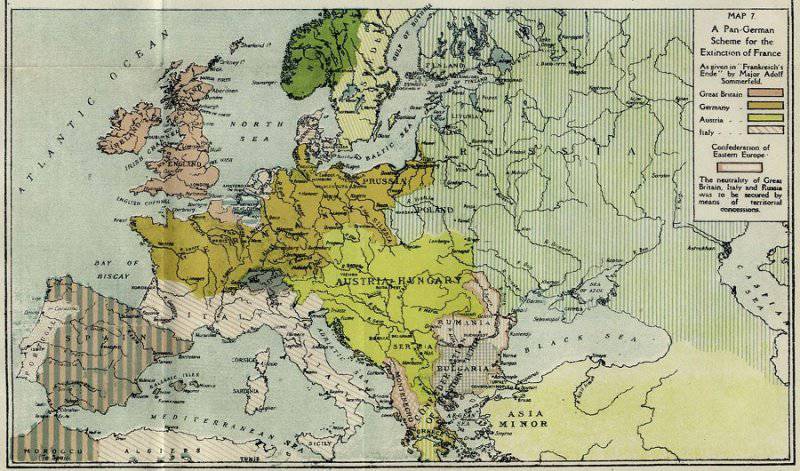 The British did not consider their promise to Russia to transfer the Straits to be serious. Lord Bertie, the British ambassador in Paris, wrote about these agreements in his diary:

“December 17. I also talked with Gray about the situation in France, about American mediation, about the future of Belgium, about Italy, etc. I pointed to the Russian claims regarding Constantinople and the straits. Gray said that we should fulfill the promises made by us, namely, Russia should get the right of free passage of its military vessels from the Black Sea to the Mediterranean and back in peacetime, while in wartime the participants of the war will enjoy equal rights. I noticed that in the case of the withdrawal of the Turks from Constantinople, a situation is created that is completely different from that in which all these promises were made; that the rights and privileges granted to Russia cannot be denied to Romania, which has a border on the Black Sea, or Bulgaria. The correct solution would be the following: Constantinople is transformed into a free city, all the forts on the Dardanelles and the Bosphorus are being destroyed, to the Dardanelles and the Bosphorus the Suez Canal regime is applied under the European guarantee. Gray doubts Russia's agreement to such conditions. In general, the question of the disposal of Constantinople and the straits will be a stumbling block when the time comes to discuss such subjects.

February 22 ... I hope that public opinion in England and abroad will force the powers to reject, in principle, the Russian point of view on the rights of Muscovites regarding Constantinople and the straits between the Black and Mediterranean seas. I am afraid that Gray is not in such a firm position as I would like in this matter; I mean internationalization according to the principles of the Suez Canal regime; this would not satisfy Izvolsky (Russia's ambassador to France - BT) and his host. Our newest and largest vessel, the Queen Elizabeth, in the Dardanelles; we have very large forces there.

February 26 ... Here, suspicion about Russia's intentions towards Constantinople is growing more and more. They consider it expedient that England and France (in this matter England is placed outside of France) occupied Constantinople before Russia, so that Muscovite would not be able to completely independently decide the question of the future of this city and the straits - the Dardanelles and the Bosphorus. ” 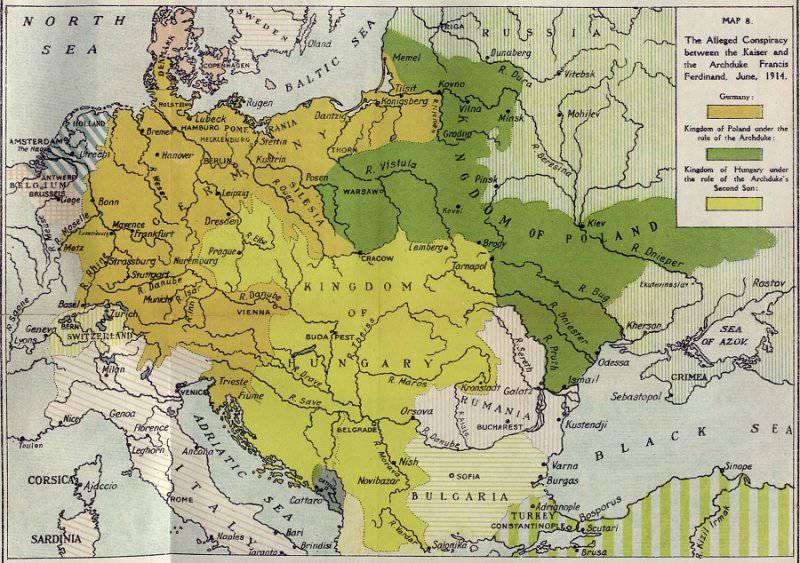 Russia's withdrawal from the war, or, even worse, its reorientation towards Germany, threatened the collapse of the Entente. In English ruling circles there was a split on this issue. Winston Churchill offered to limit the general assurances of Russian sympathy for the questions posed; Bonar Law claimed that "if Russia will have everything she wants, the result will be the alienation of Italy and the Balkan states." They were objected to by Sir Edward Gray, who pointed out that if Britain did not support Russia in questions about the straits, Germany would support her, and then a separate peace between them was inevitable. “It’s absurd,” said Gray, “that such a gigantic empire as Russia is doomed to have ports blocked by ice for a considerable part of the year, or ports such as the Black Sea that are closed in the event of any war.”

As a result, Gray's opinion won in the British Cabinet. He was supported by Lloyd George, who believed that the Russians would be ready for huge concessions on other issues for Constantinople and the Straits. "The Russians are so eager to seize Constantinople that they will be generous with regard to concessions in all other places."

Russia had every reason not to believe the British and French. And to guarantee her interests in the Straits, she had to start a “counter” operation - from the east of Istanbul. The situation could be explained briefly: who among the members of the Entente will be the first to seize Istanbul and the Straits, that they will belong to as a result of the war. Already in 1915, the Russian General Staff began to develop an operation to drop troops on the western shore of the Black Sea.

For the success of the operation, the most important circumstance for the Russians would be the possession of the Bulgarian city of Burgas. Nicholas II generally considered it highly desirable for Bulgaria to enter the war on the side of the Entente and led negotiations with the Bulgarian Tsar on this matter. Admiral Bubnov described his conversation with Nicholas II about Burgos in the autumn of 1915: “This Bulgarian port was of great importance for the Bosporus operation, of which the Emperor was an ardent supporter. The fact is that Burgas was the only port near the Bosphorus where it was possible to land a large landing party, without which our General Headquarters and, in particular, the gene. Alekseev, categorically did not consider it possible to undertake an operation to seize the Bosphorus. This port has long been undergoing secret negotiations with Bulgaria, which, however, were unsuccessful, because Bulgaria demanded itself, for joining our side and presenting us with Burgos, Macedonia, to which Serbia did not want to give its consent.

The Bosphorus operation has been postponed more than once since 1915 - in the summer of 1916, from the summer of 1916 - in the summer of 1917. It was obvious that Russia did not have the strength to conduct it. The death of the battleship Empress Maria, the most modern ship on the Black Sea, put an end to operations navylaunched in 1913. It was he who was assigned the main role in supporting the landing on the Turkish coast.

The battleship was in the port of Sevastopol, ready to go to sea, when on October 7 1916 a terrible fire broke out on its board that claimed the lives of 152 sailors. Because of the fear that the flames would be transferred to the powder depot of the port, the command ordered the battleship to be flooded. It was a big loss for the Russian Navy. People started talking about sabotage and riot on the ship. The fire on the "Empress Maria" began to swell the opposition, which suspected in his death "the German hand at the court of Nicholas II."

Later, in emigration, part of the white officers expressed the opinion that the death of the battleship "Empress Maria" was much more profitable than England and France, because without it the Bosporus operation was impossible for Russia. 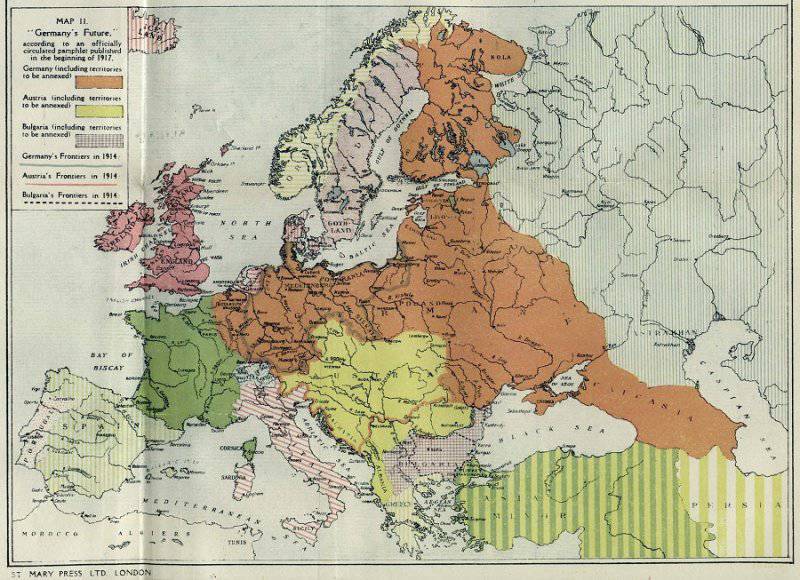 History has no subjunctive mood, and the outcome of the First World War is well known - Russia suffered a defeat in it, the final was the signing of a capitulation in Brest-Litovsk in 1918. Russia did not stutter more about expansion to the warm seas and in general to the south, knowing full well that its invasion of the zone of historically determined interests of the West threatens it with yet another artificial shock.

Ctrl Enter
Noticed oshЫbku Highlight text and press. Ctrl + Enter
We are
Do we need a Turkish coast?Straits of sticking - from Byzantium to the present day
Military Reviewin Yandex News
Military Reviewin Google News
131 comment
Information
Dear reader, to leave comments on the publication, you must to register.