What was the last year for the Russian army and the defense industry of the country? 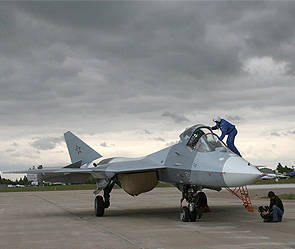 On New Year's Day, it is usually customary to sum up. What was the past year for the Russian army and the defense industry of the country?

The most important event of 2010 in the field of defense and international strategic stability was the signing of the long-suffering START-3 treaty. No matter how hard the Americans tried to put the Russian side in conditions where the agreement became unprofitable for us, they had to sign an option that suited everyone: first of all, Moscow. The situation with the ratification of START ‑ 3 in the US Senate was very difficult, the approval of the treaty could fail at any stage. Russia was already preparing to begin consideration of options for the development of its strategic nuclear forces (SNF) under a scenario precluding any restrictions.

However, everything went well. Nevertheless, the Americans added approximately 3 pages of additional terms to START-30. They are capable of emasculating the content of the treaty and changing it in favor of Washington. For example, it contains a requirement for the US administration to begin negotiations with Russia on tactical nuclear weapons. He, according to the US Senate, we have "indecently much." But Moscow is unlikely to do so. One way or another, but the State Duma immediately approved ratification of START-3 in the first reading.

In 2010, the Russian army actively continued the rearmament begun earlier. The first regiment of mobile ground-based missile systems with a new intercontinental ballistic missile (ICBM) "Yars" was formed in the strategic nuclear forces. Supplied and missile "Topol-M". Officially confirmed the beginning of the development of a new heavy intercontinental ballistic missile (ICBM).

The re-equipment of the missile attack warning system continued - new Voronezh-type radar stations were being built. Equipped with new air defense force locators. In particular, an over-the-horizon radar was put into operation in the Far East, which detects targets at distances of thousands of kilometers at the lowest altitude.

Main event for aviation began the test of the latest 5th generation fighter T-50. By the end of the year, it became known that the second copy of the machine is almost ready and will soon begin to fly. And the third one, already equipped with many serial fighter systems, is on its way. Serial production of the 4 ++ Su-35S generation fighter has also begun. The first aircraft, however, will be ready only in 2011.

New T-90A tanks and modernized T-72BA tanks came to the troops. Total received before 300 such machines. But a promising tank Object 195, according to the assurances of the Ministry of Defense, was closed. True, it coincided with the start of work on the new program "Armat", which will be used reserve for this tank.

But also with about. 195 is not yet clear - MO may change its mind. In any case, there is confidence that by the specified date - 2015, new tanks and other heavy vehicles will be created. Similarly, combat armored vehicles of the middle and light classes - work on them is actively funded.

Funny thing is that news The ratification of START-3 in the United States was far from the most important. Overseas more widely covered law allowing homosexuals to openly serve in the army. President Obama even accompanied this “historical"A document in a speech in which he told American homosexuals that" it will be a great honor for us to see you in the ranks of our army - the best army in the history of mankind. True, the American military for the most part do not share his convictions. They believe that now in the shower they can be in danger.

In 2010, the troops conducted a series of exercises, including large ones. These are traditional exercises of the SNF, the largest strategic exercises "Vostok-2010", joint maneuvers with the Chinese "Peace mission - 2010". By the way, at the last our fighters were excellent, “showing the goods face”. But the Chinese, demonstrating their Type-99G tank, which they call “the best in the world,” left the frustrated. Their tanks fired much worse than the modest T-72BA on our side. Despite the presence of a thermal imager, the Chinese were especially poor at night. But in the Chinese media there was a portion of articles about the importance of friendship with the "northern neighbor." The fact that Russia has a good army and soldiers who can be broken in a peaceful atmosphere, but excellent fighters in the war.

In the past year, there were a lot of disputes about the supply of weapons to our army from abroad. Around the purchase of the French Mistral universal landing ships, a lot of copies were broken. Someone argued that Russia does not need them at all. Or that our designers themselves with a mustache - just give them money, and in three years they will give birth to the project. Nevertheless, the purchase will take place. Two ships will be built by the French, and two more by ourselves.

The intention of the Russian Ministry of Defense to adopt the Italian ultralight armored vehicle IVECO LMV M65 Lince (“Lynx”) led to big discussions. Many experts believe that our domestic Tiger is no worse, and the Lynx itself has flaws. There were active hints about the corrupt and political component of the deal. Yes, policies in transactions with partners from old Europe are many. However, no one compares “Lynx” with “Tiger” - these are machines of different weight classes. "Tiger" on the M65 nobody will change, it will be replaced by "Tiger-M". Yes, and "Rysya" while buying only 17 units for testing in the army. After removing part of the modular armor, "Italian" can be transported even on the suspension of the Mi-8. But she and then appeared a competitor - the domestic armored car "Wolf". What kind of "predator" will win - the future will show.
One thing is clear - the domestic military-industrial complex has lost its monopolistic status and is now compelled to compete with foreigners. How effective such a shake will be is not yet clear. But do not be a threat to "Lynx", the same "Wolf" for a long time would not have appeared.

In conclusion - the Christmas story. Have you ever seen the honor of Santa Claus, in all the outfit he needs: in a hat, with a beard and a bag of gifts? It happens. One soldier wanted to congratulate his children on New Year's Eve, got the whole of Dedmorhoz's outfit from a friend, put the purchased gifts into a bag and went home like that. But he met the colonel, the chief of staff of the division. Naturally, military reflexes work - Santa Claus salutes. The colonel “on the machine” saluting in response, goes a few steps, and it comes to him that he exchanged military greetings ... with Santa Claus. The chief of staff looks after him, grins and moves on — he is also awaited at home.
In the New Year there are people who meet him in the service. I want them all to wish them more often to be at home with their loved ones! Happy New Year!