On the eve of the redistribution of the world. The global spiritual struggle of the XXI century will determine the winner 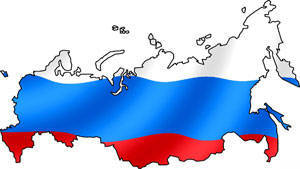 In the global struggle of the 21st century, a new geopolitical structure of the world should be defined. It follows from the goals of the previous stage of geopolitical struggle, which were formulated quite clearly from the time of the British geopolitics Helford Mackinder at the dawn of the twentieth century. And while they are not fully achieved. Accumulated their essence lies in the fact that those who dominate in Russia, he controls the continental civilization. Who has the continent under control, he has the whole world. Russia has been and remains the main prize to the winner in the global struggle.


Versatile argumentation of this thesis is well known to specialists in geopolitics. Russia has been and remains a region of the world self-sufficient in all types of natural resources. In addition, the harsh climatic conditions have always demanded a high level of mutual assistance of people, special collective efforts for self-sufficiency. Therefore, it is the world center of creative forces. The creative process is always the unification of collective efforts to achieve a result that is common to ensure the interests of all participants. This is a priority of common interests over private ones, which is the essence of collectivism.

The rest of the countries and the largest regions of the world are compelled for vital necessity in varying degrees to participate in the struggle for the distribution of world wealth, for ensuring their private interests.

Spiritual content historical struggle, the denouement of which should happen in this century, consists in the opposition of collectivism and individualism. Or Russia will rise as a world center of collectivism and will continue to exist, since it, as a social community, can exist only on this spiritual basis. Or it will be fragmented and enslaved by the transnational forces of individualism, it will become their world center, which by all possible means will eliminate the indigenous population as carriers of collectivist values. The spiritual side of the struggle has taken priority today among all other areas of the struggle.

Meanwhile, the composition of the opposing spiritual forces was completely formed and remained essentially unchanged after the appearance of Christ, if we set aside the changes in terminology and external paraphernalia. It was then that the basis for the way of life, the system of human relationships, spiritual values, to which people should move, was formulated. This is perceived today in canonically enshrined religious forms, as well as in directly or indirectly generated by these secular theories.

The essence of the great idea of ​​a human hostel is quite simple. People unite in a team (at any level - family, clan, tribe, work collective, state, civilization) in order to ensure their decent survival. For the existence of a collective, everyone needs to adhere to the norms of collectivism. That is, each person must live and act for the sake of collective interests, and not any other. Then the team provides the maximum possible for the well-being of people, achievable at the current level of development of society. If people begin to adhere to other interests that are different from the public in general (in other words, antisocial), then such a society weakens, reduces the efficiency of its functions, begins to collapse.

This process we clearly observe in modern life. Only private interests can differ from common interests. This is a priority not only of personal interests, but also the interests of certain social groups, including transnational, individual states and their blocks. Antisocial interests that destroy society create a security problem, internal and external.

Private interest is to get in their favor as much as possible, taking it away from other members of society. Now, when the egoistic forces of private interest have found essentially undivided global domination, the distribution forces have taken control of the planet under one control, we see an unfolding picture of the tragedy of humanity.

The social meaning of the historical milestone of two thousand years ago was to develop a positive experience of human relationships within families and related communities to the level of lifestyle of peoples, states, humanity as a whole. This is the spiritual essence of social progress, which does not depend on the concrete level of the material development of society. The well-being of people is measured not only by the amount consumed. It is happiness to live among friendly people who are always ready to come to help, social guarantees, high security in the broad sense of the word. This is an alternative to the society of individualism, where man is wolf to man.

Appearing seven centuries later, Islam was founded on the same. The modern communist idea is an attempt to realize the same collectivism, but on the basis of secular teachings. Even the basic unit of society was represented in all cases in the same way: the community among the Orthodox, the commune among the communists, the ummah among the Muslims - the same thing said in different languages.

Christian teaching, canonized both in the form of general principles and in the form of specific norms on figurative examples of life situations, is available for people with any level of education. It corresponded to the state of society two thousand years ago and is just as clear today.

Communism from the first Christians

The early Christian communities lived according to the norms of collectivism. But they were persecuted by the authorities in different countries for ideological reasons, for demonstrating a positive lifestyle, and therefore remained in small closed groups. In the IV century, when the Christian religion became state in the Roman Empire, the situation changed. Rome tried to rally conquered peoples on a religious basis. But collectivism as a way of life did not triumph, because it was unacceptable for the imperial elite. Immediately, heretical distortions of Christianity itself began, eventually causing the rise of Catholicism. Of the historical examples known to us, the longest time — the entire communist society in Paraguay has existed for a century and a half. It was created and received the official right to exist in 1611 by the Jesuits for the Guarami tribe exterminated by the colonizers. The progress was fantastic. In a short time, the recent cannibals turned into a civilized people. They adopted Christianity, acquired their own written language, the education system, published books, created the armed forces for protection against colonialists, and by the standards of the XVII – XVIII centuries they became a large industrial producer of Latin America. From a five-thousandth tribe, they became 150-thousandth, and they were instructed by the entire 120 Jesuit fathers. But ultimately their autonomy was destroyed along with repression against the Jesuit order. They prevented slave traders from turning themselves into slaves, giving a positive example of free development to the tribes and peoples around them.

In the second half of the twentieth century, this idea was realized by Pastor Jones in the USA. Quickly enough, his community reached the number of 20 thousands of people. And there came mainly people thrown overboard of life. The collectivist way of being was so superior in quality to the vaunted American way of life that the authorities began to pursue this community, forced it to transfer the center of its activities abroad. The territory of impassable jungle in the Central American state of Guyana was leased. In a short time there was created a center of collectivist life, provided with everything necessary, including medicine and education. The example of the happy life of the Jones community showed a stark contrast against the background of American reality. The threat to the people of the community grew and began to manifest itself with many signs. The pastor appealed to the Soviet ambassador with a request to provide him with a community of any piece of land, as well as political asylum. However, there was no time left to resolve this issue. In November, 1978, the United States dropped a helicopter landing into Guyana and completely exterminated about a thousand community members, along with old people and children. Then it was declared a collective suicide in a totalitarian sect.

Here are some examples of real collectivism. The revival of this truth in the public consciousness is the main issue of the spiritual struggle in the XXI century. Only this can direct the efforts of the peoples in all other spheres - social, economic, military, political and others to the right direction. Only this can give a life-affirming perspective as an alternative to the current soulless and cruel society.

Ctrl Enter
Noticed oshЫbku Highlight text and press. Ctrl + Enter
We are
The structure of world dominationA.Dugin. Geopolitics of Russia of the twentieth century
Military Reviewin Yandex News
Military Reviewin Google News
19 comments
Information
Dear reader, to leave comments on the publication, you must to register.