4 2013 June
46
In the community “We carry the St. Andrew’s flag” of the VKontakte web resource, a photo of the 21631 (Buyan-M) project’s small rocket ship Grad Sviyazhsk appeared, which was being completed afloat at the A. Zelenodolsk Shipbuilding Plant named after A.M. Gorky. The ship (building number 631) was laid down at the 27 plant on August 2010 of the year and launched without wide publicity on 9 March 2013. The transfer of "The City of Sviyazhsk" is scheduled for 2013 year, and judging by the picture, the ship is already in a high degree of readiness. 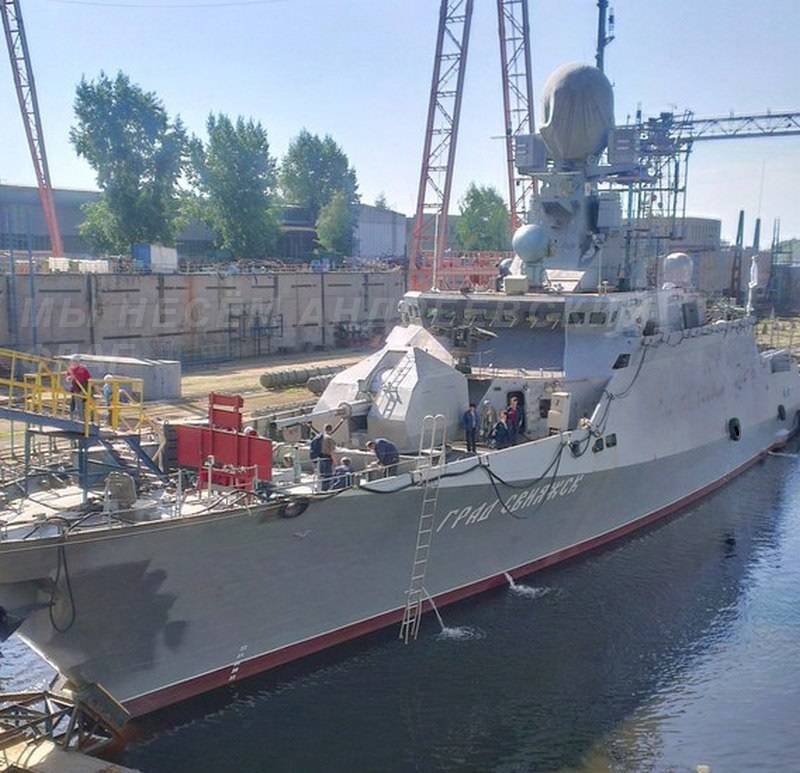 The head small rocket ship of the 21631 project "Grad Sviyazhsk" in afloat is building up at the Zelenodolsk Shipbuilding Plant named after A.M. Gorky. Zelenodolsk, May 2013 of the year