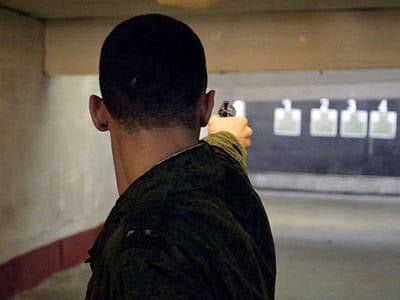 More than 300 military personnel from airborne (assault landing) formations and units deployed in various regions of Russia arrived in Ryazan to identify the best at the Airborne Force Championship in military-applied sports.


“By cultivating such kinds of sports, we support the traditions of Margelov. Vasily Filippovich liked to repeat that it was necessary to teach what was needed in the war, ”noted the Assistant Commander of the Airborne Forces for Physical Training, Colonel Gennady Yagodkin.

Airborne Forces Championship in military-applied sports will last until the end of the week. The winners of the competition will be the backbone of the national airborne team to participate in the All-Army competitions.

The tournament is held to increase the level of physical fitness of military personnel, their sports skills and readiness to perform tasks in accordance with the purpose.

Ctrl Enter
Noticed oshЫbku Highlight text and press. Ctrl + Enter
We are
Russia demonstrated the most promising weapons at INDO Defense-2014The paratroopers will hold a tournament in military-applied sports in memory of the guard lieutenant colonel Anatoly Lebed
Military Reviewin Yandex News
Military Reviewin Google News
17 comments
Information
Dear reader, to leave comments on the publication, you must to register.