4 2013 June
172
Appearing several decades ago, armored personnel carriers firmly took their place in the land forces of all countries. Back in the years of the Second World War, this type of equipment clearly showed how an armored vehicle for transporting personnel is more convenient and more reliable than unprotected automotive equipment. However, over time, the tasks assigned to the BTR slightly changed, just as the modern war changed its appearance. As a result of such transformations, the disadvantages of the concept of a relatively light wheeled or tracked vehicle for transporting personnel began to appear more and more clearly. 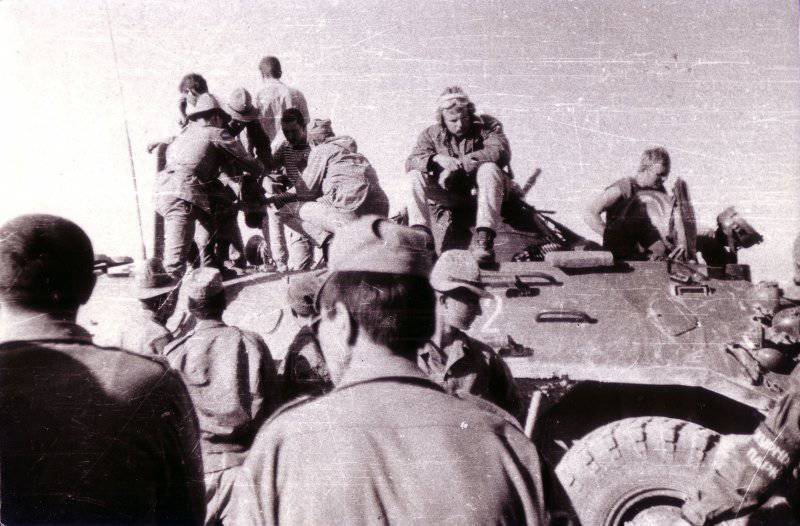 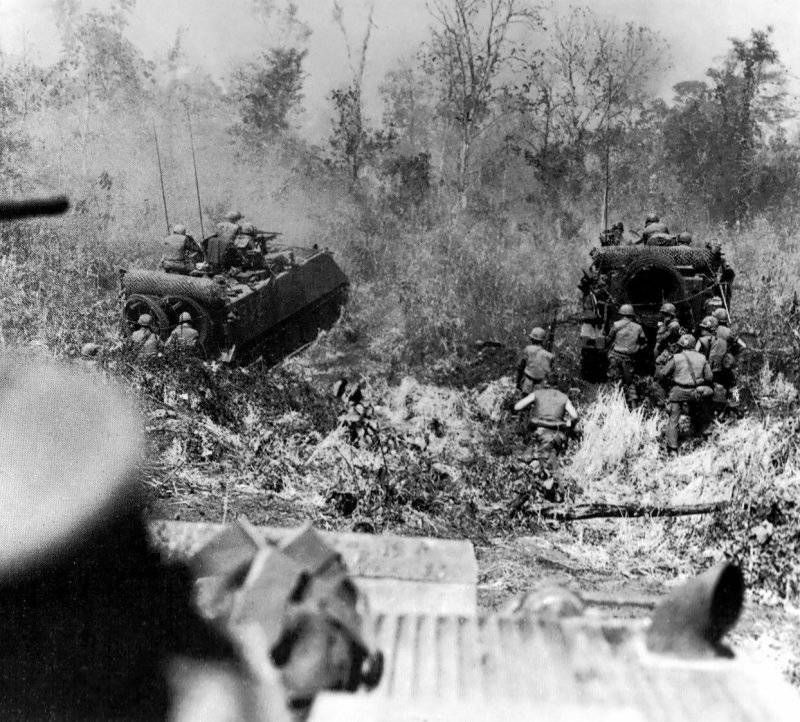 The poor experience of using armored personnel carriers in local conflicts was due to several factors. Perhaps the most important of them is the inconsistency between the conditions of these wars and the initial concepts of the use of combat vehicles. They were designed to protect against attacks from the front hemisphere and, with such tasks in mind, their booking was built. Shelling from an ambush or laying a mine in such a case allowed the enemy to strike at the least protected parts of the armored vehicle. In recent years, numerous attempts have been made to get rid of these problems and to ensure the full range of protection of the armored personnel carrier from various means of destruction, including anti-tank weapons.

As a result, a new concept of an armored vehicle called MRAP (Mine Resistant Ambush Protected - “Protected from mines and ambush attacks”) was formed, which implies the use of relatively powerful defense of the sides and a number of measures to prevent serious consequences of a mine explosion. In addition, some changes have undergone and "classic" armored personnel carriers. For example, multi-layer booking and additional hinged modules are becoming more common.

However, already at the beginning of the 2003s, reality put everything in its place and showed which solutions are suitable for use and which are not. In XNUMX, just a few months after the outbreak of the Iraq war, the United States Army began using the new Stryker family of combat vehicles. For armored personnel carriers, "wheeled Tanks"And other equipment based on a single chassis had high hopes, but in the end, part of the expectations did not materialize. So, the V-shaped bottom of the machine, designed to divert the blast wave from the body and people, coped with the calculated load in the form of an explosion of a 10-kilogram landmine.

As for the metal-ceramic panels of the additional armor of the MEXAS system, they really enhanced the protection against bullets, and in frontal projection from small-caliber projectiles. But for two plus enhanced protection found two minuses at once. First, due to the fault of the developers and customers, the Stryker armored personnel carriers turned out to be overweight and additional armor panels only worsened driving performance. Secondly, the “sandwich” of metal and ceramic plates could not effectively protect the combat vehicle from cumulative ammunition even of old anti-tank systems, for example RPG-7 grenade launchers.

In connection with the threat of anti-tank weapons, the combatant workshops began to urgently construct and install anti-cumulation grids on the Strykers. However, the weight of the resulting lattice design did not allow both the MEXAS panels and the anti-cumulative grids to be simultaneously mounted on the armored personnel carrier. Because of this, the combat vehicles of different units were equipped differently: with some additional panels were completely dismantled, and on others only part of the grilles were installed. Anyway, both solutions were palliative and could not significantly improve the situation. 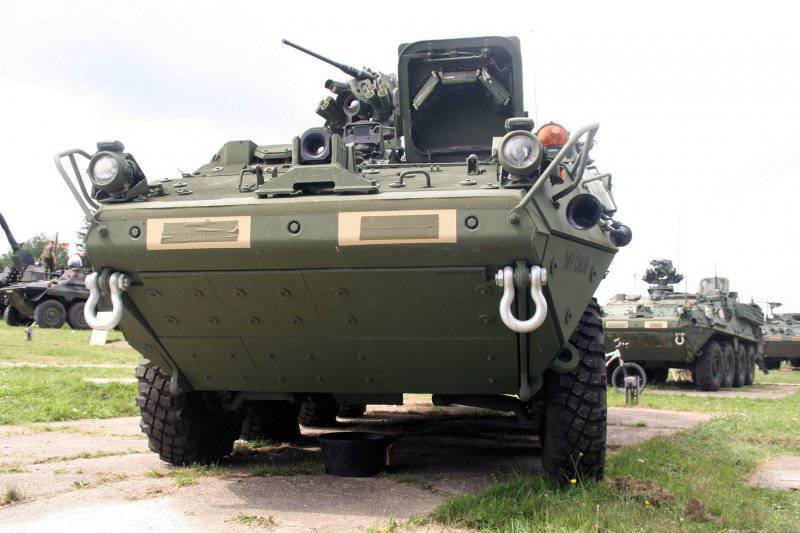 Already in the field, the US military had to make some adjustments to the Stryker design and update their equipment. At the end of 2004, the Pentagon’s special commission presented a special report detailing all the existing problems of the new armored vehicles, as well as some thoughts on how to fix them. According to the results of this report, the leadership of the US military at the time limited the use of the new family of equipment, to eliminate the existing shortcomings. Construction of Stryker machines is still ongoing and, according to available information, some flaws have not yet been eliminated.

Stryker armored personnel carriers, which have a number of positives and a considerable number of flaws, can be considered a good example of the current state of this whole class of technology. The fact is that engineers from General Dynamics Land Systems, who developed this family of combat vehicles, tried to combine the most advanced ideas and systems in one project. However, the practical use of the Straykers clearly demonstrated all the pros and cons of the applied solutions. Moreover, such a demonstration under a certain set of circumstances may receive further development of the global species itself.

In the course of numerous discussions of the report on the BTR, Stryker expressed the most courageous thoughts. Among them, there was a separate proposal to completely abandon the armored carriers of the "classic" type. This idea was supported by the arguments in the form of the fundamental impossibility of creating an armored vehicle with a relatively small combat mass and protection sufficient to counteract not only manual arms and small-caliber artillery, but also anti-tank systems. With such requirements, a promising armored personnel carrier should be a combat vehicle, somewhat like a tank, but built with regard to the need to transport soldiers.

Such a concept of a heavy and well-protected armored car several decades ago was embodied in metal and tested in practice. In the early eighties, the Israeli industry converted a number of Centurion tanks into heavy Nagmashot armored personnel carriers. The resulting machine with a combat weight of 52 tons retained the level of protection of the base tank, but it could carry up to ten soldiers with weapons. The experience of combat use confirmed the correctness of the chosen path of development of armored personnel carriers, which is why in the future Israel created several more similar vehicles based on tanks. 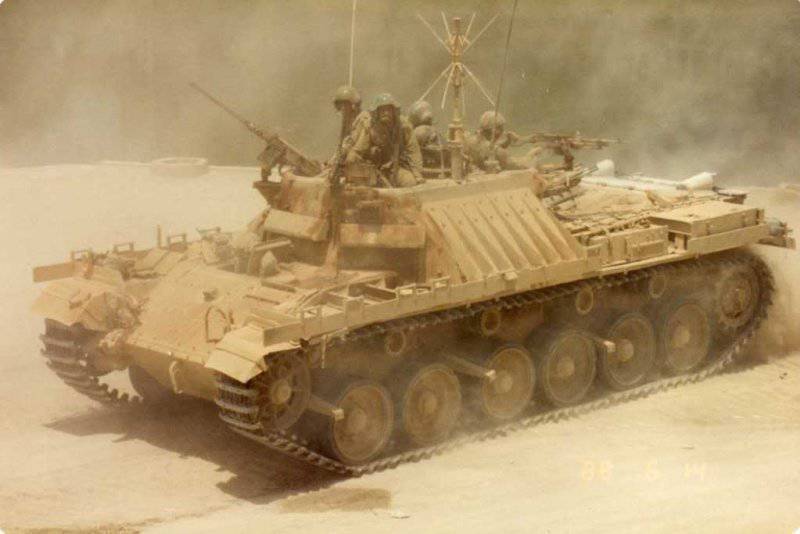 It is noteworthy that all Israeli heavy armored personnel carriers were made on the basis of the available tanks, and the Egyptian T-55 tanks served as a base for the Ahzarit war machine. The latest representative of its class at the moment is the heavy armored vehicle “Namer”, created on the basis of the tank Merkava Mk IV. It can carry up to 12 fighters and protects them with combined armor completely borrowed from the base tank. In addition, to protect against the enemy’s anti-tank weapons, the Namer can be equipped with active armor. Despite all its differences from the "classic" armored personnel carriers, the new Israeli heavy machine completely suits the army, as it is able to fully perform all the functions assigned to it. 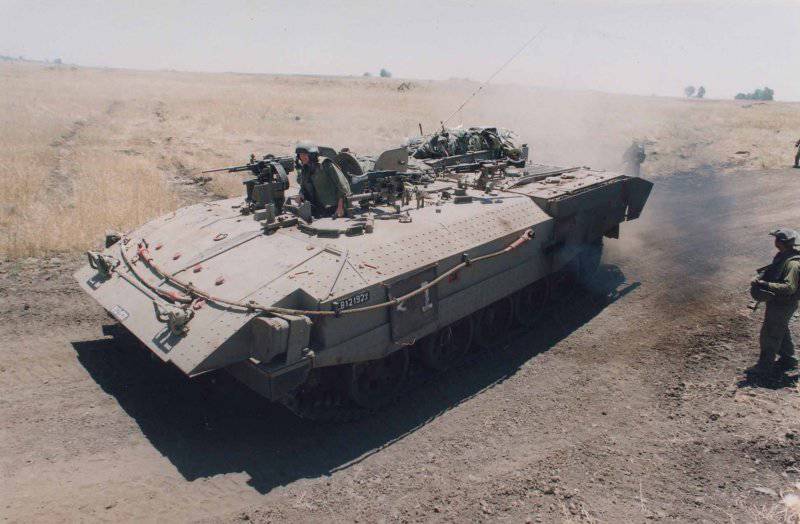 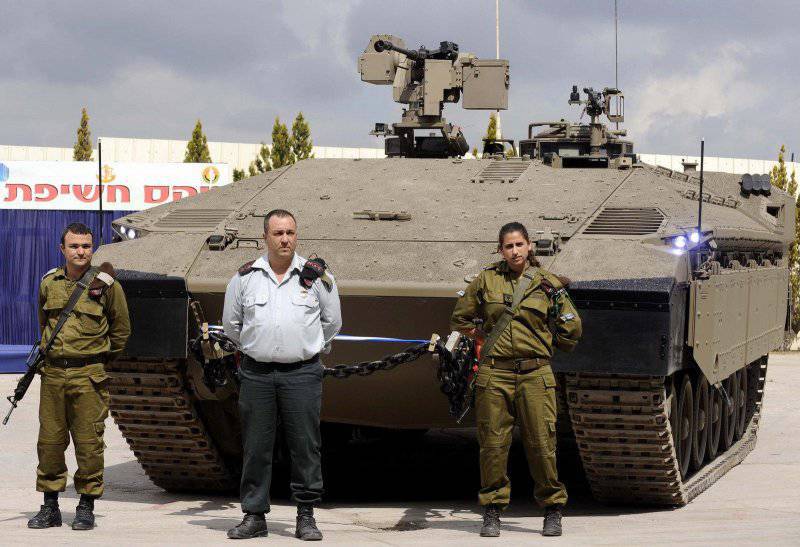 A heavy armored personnel carrier on the basis of the main tank has several advantages over similar-purpose vehicles, but built according to the usual pattern. The main advantage of this concept lies in a high level of protection and good maneuverability. However, strong and thick armor is heavy. So, the “Masry” combat weight is approximately equal to 60 tons, which is more than three times the weight of the Stryker in the configuration of an armored personnel carrier. Thus, Israeli heavy armored personnel carriers are unsuitable for quick transfer to the place of hostilities, since there are only a few types of military transport aircraft capable of lifting such cargo. In addition, with their fighting weight, “Namer” or other vehicles of this class cannot cross water obstacles by swimming, which is unlikely to suit some customers.

To date, there is a specific situation in which armored personnel carriers, created in accordance with the ideas of past years, can no longer fully work on the battlefield. Urban battles and counterguerrilla operations, as practice has shown, are too risky for vehicles that do not have all-round protection against large-caliber small arms and anti-tank weapons. Attempts are regularly made to correct the current situation by changing certain elements of the project, but not always these changes give the expected effect - a good example of this was the Stryker problem in Iraq. 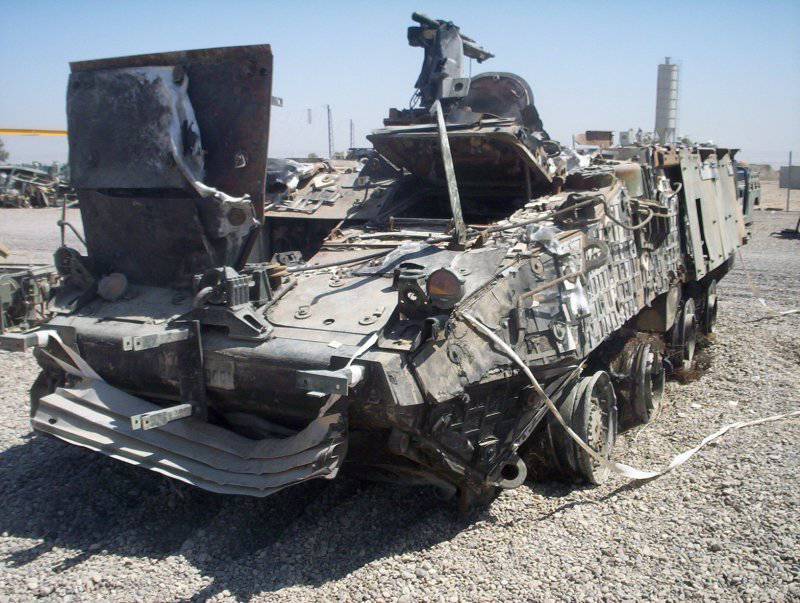 Stryker ICV destroyed in an 13.12.2003 battle in Iraq. Additional protection in the form of gratings has already been removed. It is alleged that one soldier broke his leg, the other five who were inside the armored personnel carrier were not injured

At the same time, one cannot but admit that the measures taken lead to positive consequences. The interview with Colonel R. Brown, commander of the US 25 Infantry Division, is widely known. According to him, for several months of work in Iraq, armored personnel carriers from his unit were repeatedly subjected to shelling from various weapons. At the same time, Iraqi grenade throwers managed to get into American 115 vehicles once. As a result of such attacks, only one soldier was killed, who during the explosion grenades fired a machine gun at an open turret. This example clearly shows how effective anti-cumulative grilles, which, however, significantly increase the combat weight of the machine and degrade the driving characteristics.

Itself suggests a way to solve all problems or, at least, to minimize them. The most obvious is the design of a new armored personnel carrier with acceptable all-archery protection against small arms and anti-tank weapons, perhaps even of a modular type (like the MEXAS system). In this case, you may have to sacrifice the ability to cross water obstacles or the ability to transport several cars at once on one transport plane.

In accordance with the available weight, the power plant of the machine should be designed. Repeatedly mentioned above machines in the basic configuration (without additional modules) have a specific power of no more than 19-20 hp. per ton of weight. A hypothetical prospective armored personnel carrier must be equipped with an engine, the characteristics of which will ensure sufficient power density even after the installation of all possible additional protection systems.

It is quite clear that such an approach to shaping the appearance of the future armored personnel carrier will not allow for the refinement of existing equipment. Most likely, you will have to start a completely new project and, using the best practices of the previous ones, to ensure compliance with the existing requirements. It is unlikely that such a project will be simple and cheap, but it will significantly increase the combat potential of the infantry. Now there is reason to believe that the wars of the near future will be exclusively local in nature, and besides urban battles will retain great importance. In this case, it is required to work out as soon as possible the appearance of a new protected transport for infantry and begin its development.

Ctrl Enter
Noticed oshЫbku Highlight text and press. Ctrl + Enter
We are
Armament of domestic armored personnel carriersFamily BTR-60 / 70 / 80 in combat
172 comments
Information
Dear reader, to leave comments on the publication, you must to register.