Paradise for extremism in Russia

5 2013 June
91
At a recent conference with the speaker entitled “Islamism and National Security of Russia”, one of the speakers was the former Minister of Internal Affairs of Russia, Anatoly Kulikov. He set the tone for the discussion, stating that of all the existing threats to the security of the country in which we live, one of the main ones is radical Islamism, which managed to manifest itself in varying degrees in most regions of Russia. During the conference, the significance of the 55 regions entangled by ties with Islamic radicals was heard: from the North Caucasus (Dagestan, Ingushetia, Kabardino-Balkaria, etc.) to the regions of Central Russia, the Volga region, and even the regions and republics of the Russian North. 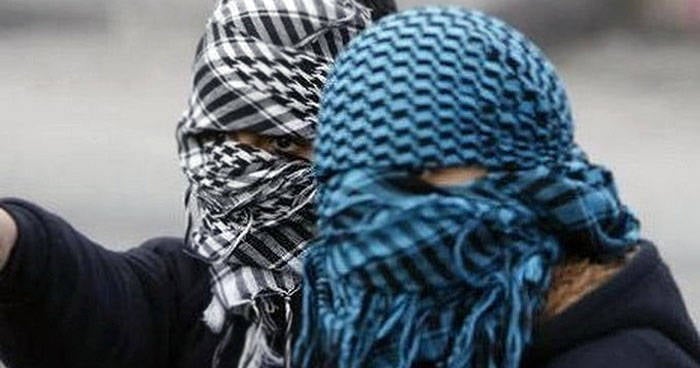 It would seem that Kulikov speaks for nonsense ... Well, that Russia today has no other serious problems, for the solution of which it is necessary to convene discussions: corruption, for example, housing and utilities, a declining level of education and much more. Yes - these problems exist, and no one is going to shut their eyes to them. But it is also impossible to write off how the radicalization puts cover all new and new regions of Russia. The reason is simple: radicalization is a super-profit business that brings excellent income to its owners. Moreover, the spread of radical sentiments over time makes it possible to manipulate public opinion and achieve certain goals. And this is directly linked with politics. And the link to the spread of Islamism with another Russian problem mentioned (and not only, by the way, Russian) has not been canceled by corruption. One generates another, and then it develops, so to speak, in a mode of symbiosis.

So is there a threat of radical Islamization of the regions of Russia, or is this reason contrived? To see that there is no smell here, you can not even go outside the home or work office. For a start, simply “walk” on the Runet.

With all the responsible work of law enforcement agencies who say that they are trying to protect the Russian user from unwanted content, sowing the grains of extremism and radicalism, there are many sites on the Russian segment of the Network that quite well exist, and not only exist, but also actively advertise yourself through all sorts of social networks.

The Hizb ut-Tahrir website is alive and well in RuNet. This is an organization that promotes the creation of a caliphate, on whose territory the laws of the Islamic system will be distributed without any secularism. Just for a moment: this very Hizb ut-Tahrir in the Russian Federation is considered a terrorist organization, but this, it turns out, does not prevent it from “carrying its word” to the inhabitants of Russia in Russian via the Internet.
Moreover, there is a whole article in Russian Wikipedia devoted to Hizb ut-Tahrir, in which it is written in black and white that the organization, it turns out, does not belong to supporters of terrorism in most countries of the world, but Russia, they say, was honored to bring such a white and fluffy organization in the black list. An organization that, despite statements about its remoteness from secular life, does not “disdain” to discuss the political situation in certain regions of Russia and the world. It is noteworthy that in the same Wikipedia, the authors of the material (as they say, guess who ...) declare that Hizb ut-Tahrir is going to equip his caliphate exclusively, quote: “in certain Muslim countries defined by it”. But in other (non-Muslim, including), the leaders of this organization do not think about the caliphate - only an ideological enlightenment orientation. Something like this…

But what about the performances of the "brothers" with appeals for a caliphate, for example, in Tatarstan or Bashkiria? Strangely, but such information is not to be found here ... As if there were no thugs with flags containing Islamist slogans on the streets of Kazan who declared themselves adherents of Hizb ut-Tahrir ideas. And in general, if the organization somehow could identify a number of Muslim states to build a caliphate, then where is Russia? Or did Hizb ut-Tahrir figures have also managed to inscribe our country in the category of exclusively Muslim? .. Apparently, yes. So on the official website of Hizb ut-Tahrir, the Russian regions are called just vilayat ...

Well, the articles in the style of “Only the Caliphate will endow a woman with all her rights”, “Save the future of Syria after Bashar destroyed her present”, “The shameful power of Palestine ...”, “The shameful regime of Jordan ...” and make you think that the guys from Hizb have clearly overestimated self-esteem ...

Quote from the material on the website of the said organization:
Oh, those who call and strive to achieve negotiations with this insignificant tyrant (about Asad - author's note)! We tell you:
If you still have a little conscience, then declare openly and loudly that there will be no negotiations with this criminal regime. What and on what basis can there be negotiations ?! On the blood of martyrs, which is pouring even now ?! Or on the pain and dignity of women? Or on children's sufferings, sufferings and their future, which Bashar wants to destroy, killing them even before being born ?! The murderer, tyrant, wants to destroy the future just as he destroyed the past and the present ... Indeed, this Ummah, more than ever, needs a strong caliph who will stand against this enemy of the Ummah.

Who is this strong caliph? There are, however, speculations ...

And you know, no connection with extremism, is it true ... Such a white and fluffy organization ...

But if there was one “white and fluffy” - half the trouble. But after all, they are on Runet like mushrooms after rain ... For example, the blog of the Caucasus Center agency. The compilation of information on this resource is even more impressive. And this, in a strange way, also does not prevent him (the resource) from conducting his work. Here are a couple of examples Newsthat the monitoring agency (and apparently there is one) seemed to be the most important:
“Vilayat Dagestan. As a result of the shelling, a police apostate was injured. ”

Recall that the "apostate" - is an apostate, who moved into one of the forms of "unbelief." Eloquently describes the attitude of the agency to law enforcement officers ...

And here is more interesting material:
Amirov’s arrest took place in an “extremely cynical form.”
And a quote from it:
Meanwhile, there is still no clear clarity of the motives for the arrest of Amirov. Only one thing can be reliably asserted - this arrest could be authorized only with the consent of Putin.

Well, what can I say. If the extremist underground is so concerned about the arrest of Mr. Amirov, then the FSB has worked in the right direction. By the way, a good option for the FSB employees themselves: to carry out an operation with respect to one or another gentleman and to expect the reaction of the described resources. If the hubbub rises, it means that it worked great, if silence means that they miscalculated ...

And after all, these are only two resources, working with a clear bias towards the radicalization of Russia, towards introducing to their point of view an increasing number of people who cannot independently determine their political, moral or religious preferences. And how many similar to them in social networks, microblogging services and other segments of the Internet. This is, after all, a real army, which is used to clearly destabilize the situation in the country, and is financed not without the help of foreign patrons.

In this regard, it is hardly worth agreeing that radical extremism, hiding behind the bright ideas of Islam, settled only in the 55 regions of the country. If such a powerful informational (and more often, disinformational) environment is in effect, then the whole of Russia is entangled by the web of radicalism, at least in the media environment. And this is far from exaggeration.

Ctrl Enter
Noticed oshЫbku Highlight text and press. Ctrl + Enter
We are
Inequality in education. Only affordable education will make Russia a strong state.Results of the week. "God forbid to see Russian revolt, senseless and merciless!"
91 comment
Information
Dear reader, to leave comments on the publication, you must to register.