Siege of Leningrad: the grim page of the Second World War

872 of the day lasted one of the most horrific events in stories World War II - the blockade of Leningrad. It lasted from 8 September 1941 of the year to 27 of January 1944 of the year and claimed hundreds of thousands of lives; in addition to those killed and missing in the war, many people died from starvation or bombardment. 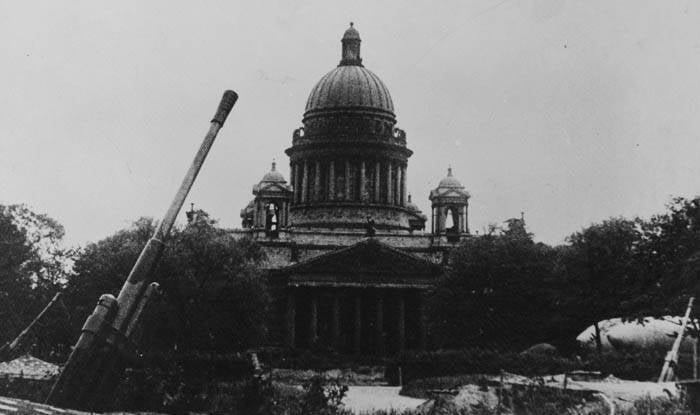 Since it was initially believed that the Germans would not get to Leningrad, the necessary supplies of food and fuel were not saved. As a result, famine began shortly after the blockade began, unheated premises and forty-degree frosts started a wave of deaths. Food cards were introduced in Leningrad even before the blockade began, but subsequently the rate of products sold on them sharply decreased. There was only one way to connect with the “outside world” - Lake Ladoga, the so-called “Road of Life”. In winter, due to the required thickness of ice, it was possible to transport food on trucks, horse-drawn sleighs. In the summer, barges were used for this, which went until the autumn. Of course, the Germans did their best to block the last resort for survival for Leningrad’s people, but by common efforts and heroism the people managed not to lose the cherished chance of salvation. In addition to the delivery of products, Lake Ladoga performed another important function: through it the evacuation of city residents (especially children) was carried out.

Of course, much depended on the command of the Leningrad Front. Initially, he was entrusted to Marshal K.E. Voroshilov, who tried to attack the Finns in the area of ​​the Karelian lakes, in order to stop their attack, but failed the operation and was removed from command. His place passed Georgy Konstantinovich Zhukov. But the situation at that time was so critical that he managed to stop the enemy attack only with great difficulty and with corresponding losses. Yet the Germans got close to Leningrad, but due to the transfer of part of the army under Moscow, the assault was replaced by a siege. Fearing that the Germans would be able to break through the blockade appointed by the Commander-in-Chief Voroshilov put forward a proposal to mine the key strategic objects of the city so that they would not get to the enemy. but Zhukov he acted differently, having decided to constantly counterattack, and the probability of an assault on Leningrad was finally replaced by a long siege.

The Siege of Leningrad left behind millions of corpses that filled all the cemeteries; they had to be cremated in furnaces. Many historical and cultural monuments were destroyed; Fortunately, some of them managed to be preserved by disguise.

In 1945, among such cities as Stalingrad, Odessa, and Sevastopol, Leningrad was awarded the title "Hero City".