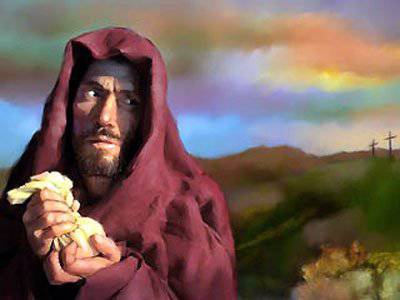 Death is like a way of life! I read the title in the morning and I felt uneasy. Maybe I live in a parallel world? Or did my well-being and status reach a level when my life began to differ sharply from the life of the rest of our country's population? Maybe it's time to open your eyes and see the real life that Elizabeth shouts about us?

The first thing that worries Ms. Elizabeth is physical security in our country. Since my work involves the active movement of the million city throughout the entire working day, the most unattractive part of the life of the metropolis is before my eyes. The first thing that catches your eye is the road situation. In a nutshell: it is still far from perfect, but, perhaps, due to the fact that the cars have become more expensive for citizens, or, finally, the steam began to leave the brain, but overall there is clear progress. And, by the way, indifference to someone's misfortune on the road began to leave, as an example I can recall the accident with a motorcyclist at night, which brought together a large traffic jam from those who wanted to help a crashed motorcyclist who imagined that he was at least a rocket. By the way, in the words of Elizabeth: yes indeed, the accident itself was to blame: failure to comply with the speed limit. Clearly, Elizabeth would have objected, would have said, the lack of work prompted the cabr to look for oblivion in speed, but let's hope he did not manage to find oblivion. Regarding road safety over the hill, I can only draw Elizabeth’s attention to our former Eurovision participant Vorobyov, who has ruined her health in a safe and comfortable US. It is clear that Obama will not turn his tongue at blaming Elizabeth for that accident.

As the chief of staff used to say in our military unit: "Every ram is responsible for its horns." It is clear that he is not responsible for the horns, but we will observe decency. If a person buys expired meat or missing milk, then all this, of course, is unpleasant. But thanks to a market economy (at least for something thanks to capitalism), we have the opportunity to purchase in a huge amount of both stores and outlets. In addition, since I myself communicate with both the owners of these stores and sellers, I can say that nowadays hardly anyone will risk selling low-quality or expired products, especially considering that the same outlets are unlikely to cooperate with manufacturers without Returns of expired products. In addition, the number of manufacturers and competition do not allow to engage in questionable operations. Even in the countryside they start to fight for the buyer and keep the brand in front of him.

About the number of mentally ill and animal curiosity. It's all very simple. I can just give an example of the sensational murder of an English soldier. This is really where the number of mentally ill just rolls over. This applies both to the native English and visitors. But the animal curiosity of ordinary English inhabitants, we could watch live, from the place of murder of this unfortunate soldier. I think in Russia everything would have quickly ended with mob law. Illegally, but not indifferent. So, Ms. Elizabeth, it is not necessary to blame us for the sins of others.

With friend Elizabeth tragic happened историяundoubtedly But my friend returning from a nightclub in Chicago landed in a street exchange of fire between gangs of blacks. Well, the time of day, which is potentially life threatening, has to be taken into account in any part of the world. Not always before the geeks at night will help you the rating of your country or the all-powerful star-striped flag. Well, and about the inaction of the police - again we will give an example of how suspects are being released in the case of the killing of an English soldier on bail.

Now let's talk about drunken Russia and the inaction of the authorities. Is it so? Our story was already one dry law. The sobriety that engulfed the masses, as we know, did not go to our advantage. There was, of course, a surge in fertility, but the negativity that gripped the masses could well contribute to the collapse of the country. Since the limit of trust and political dividends such actions do not bring. Moreover, Gorbachev has compromised himself to a lesser extent than the entire system as a whole. In order not to step on the same rake twice, we chose a different path - we limited the time for selling alcohol. Planning an event? Drink - your right. But now drinking spontaneously is now problematic. Learn to plan leisure.

It hurts to read the townspeople about drunken peasants in the villages. However, they did not begin to drink too much today or even yesterday. Since I myself grew up in the village, I can say that a certain contingent was drinking too much, regardless of whether there was a job in the village or not. And even more so regardless of who is in power, Brezhnev or Putin. I think that in cold Iceland they get drunk no worse than on the collective farm "The shining path of Ilyich". By the way, the abandoned and extinct villages also did not appear today. At school, I remember drawing a map of the area and marked the villages that had perished. So, villages and villages equally disappeared both under Khrushchev and Brezhnev. Again, the outflow of people from the villages did not begin today.

And add about endangered villages. It is clear that with the work in the village now is not very, but recently there has been a re-evaluation of the role of the small homeland in the lives of people. The number of people leaving forever almost disappeared. And I already observe the reverse process. More and more people are going back to the village for Easter or May 9 or just for the weekend.

Mrs. Elizabeth fortunately did not touch on the problems of the army, but I can’t take note of the almost daily SU-34 flights from the Baltimore airfield. Every weekend watering dacha admiring their flights. And the other day I saw the IL-76 transport workers sailing majestically over the city.

If for Ms. Elizabeth our news they remind me of a catastrophe film, then the news of Western media reminds me of an accomplished Armageddon. The count of children killed in American schools goes to thousands, tornadoes destroying cities look like a heavenly punishment, and in the truest sense of the word. Rampant pedophiles and homosexuals simply discouraged. The scandal with the Green Party in Germany is a good example.

Doctor death is a term that came to us from the West, and the stories of dismantled Serbian organs for Western clients are simply discouraging. Legalized euthanasia and the "stars" who died from an overdose are all realities of that life, life in the West. The one that is actively being imposed and promoted to us.

Now let's think about why articles of self-blame appear. If the establishment like Guriev or Gozman is more or less clear, the majority of the people saw all this public with their liberal ideas in one place, so these gentlemen proceed as a bile both on our people and on our history.

With citizens who open their eyes to us because of our dark life, it is somewhat more difficult. I confess to me they are to some extent traitors. Instead of solving problems, sharing their lives with their people, they simply fled. Chased for a easier life, for comfort, for the eternal freebie. Immediately begin to enjoy all the benefits and achievements instead of building a life at home. However, once they got to the West, it soon reaches them that, by and large, they are not needed there. All these citizens have left to live in the West, and now they spend days in Russian-speaking forums, chats and social networks. They do not have the courage to admit to themselves that without Russia they are nobody, but who nevertheless continue to lecture us. All these would-be mothers who are forced to steal their children from different Finns and French. Litvinov’s father, who realized that betrayal was not good for him or his son, and asking Russia for forgiveness and permission to die in his homeland. 30 Silver Pigs do not bring happiness ...

Ctrl Enter
Noticed oshЫbku Highlight text and press. Ctrl + Enter
We are
About Stalin and KhrushchevWhat you didn't want to know about England
Military Reviewin Yandex News
Military Reviewin Google News
56 comments
Information
Dear reader, to leave comments on the publication, you must to register.