Why does the US continue the F-35 project?

3 2013 June
107
On the last day of spring, the US Department of Defense published a new update on the Lockheed Martin F-35 Lightning II project. Plans for the implementation of this program have recently been revised and some dates have shifted to the left. So, as early as December 2015, the first squadron of the X-NUMX-12 F-24A aircraft will be formed. Thanks to this, the program will reach the IOC stage (Initial operational availability) and the USF will finally have the first combat-ready unit armed with new fighters. 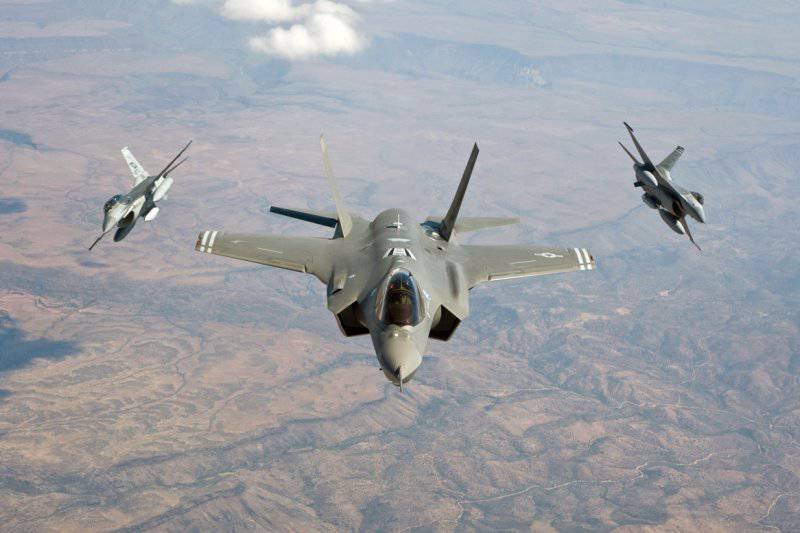 This news can be interpreted differently, but the main conclusion suggests itself. After many years of design, assembly, testing and other work, the F-35 is approaching the start of full-fledged combat service. Despite all the solved and existing problems, the United States Air Force and Lockheed Martin continue to fine-tune the new fighter and do not even think about abandoning it. The new fighter of the fifth generation will now be brought to mind at any cost and built in a large series.

There are several explanations for this. The reasons for the continuation of the project relate to its various sides and they can find both positive and negative sides. However, ultimately, the positive effect of the new project was able to outweigh the problems. F-35 aircraft continue to fly and assemble at Lockheed Martin’s factories, while the US Air Force command continues to carry out the activities necessary for their full service. Let's try to find out why the United States needs this aircraft and why the project, for all its flaws, is unlikely to be closed.

Over the past years, while creating a new F-35, all sorts of criticism fell on him. Listing all the flaws in which the promising fighter was accused will take a lot of time. At the same time, at the early stages of development, when the first reports of failures in the course of the project began to arrive, a proposal was made to abandon the development of Lockheed in favor of another aircraft. The United States Air Force did not take such measures and continued to fund F-35. 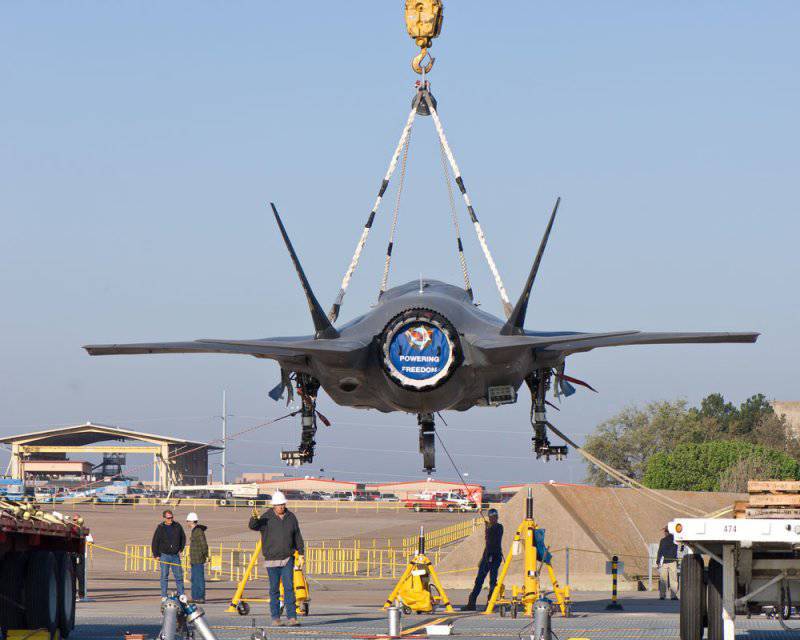 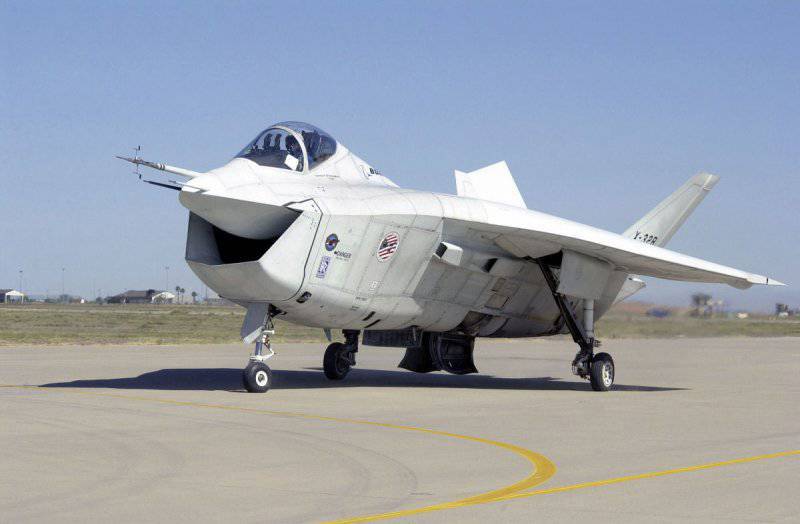 As a result, to date, the F-35 Lightning II fighter is the only American aircraft of this class, suitable for full-scale operation in the coming years. If the Pentagon listens to the “hot heads” and considers the existing unsolved problems as a reason to stop work, then it will take too much time to create or process any other project (for example, Boeing X-32, developed simultaneously with the F-35) clear consequences for several types of troops at once: for the Air Force, Navy and the International Law Commission.

It turns out that one of the main advantages of F-35 today is the lack of alternatives, due to the appropriate choice of the military department. As a result of comparing two projects created during the JSF (Joint Strike Fighter) program, the future F-35 was selected as the most promising, and its competitor, X-32 from Boeing, added the list of rejected prototypes.

Problems and attitudes towards them

You can talk for a long time about existing and corrected deficiencies or problems of the F-35 project, but you still have to admit one obvious thing. By sacrificing time, effort, and finances, the Pentagon and Lockheed Martin continue to struggle with problems. The identified deficiencies are corrected to the best of their abilities and capabilities, although the struggle with some of them requires special efforts. Fortunately, the developers of the project, most of the particularly large problems were identified and eliminated at the stage of testing the first prototypes. As a result, in the event of the identification of any deficiencies in fighters being built in series, their correction, most likely, will not require significant efforts. 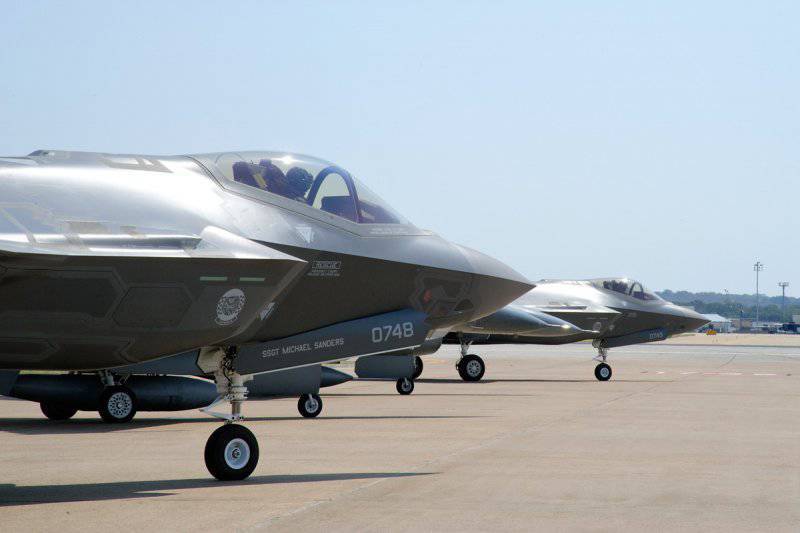 In the context of the problems of the F-35 program, it is necessary to note the availability of progress information. The Pentagon and Lockheed Martin regularly publish up-to-date information about their work, identified deficiencies and measures to eliminate them. It is quite possible that such an approach to the coverage of events was one of the prerequisites for a negative reaction to the project on the part of a certain part of the near-aviation community. It is not a secret for anyone that any new aircraft has a lot of “childhood diseases” that have to be corrected for a long time, and sometimes this correction continues even after the start of operation of production vehicles. These two factors can somewhat explain the widespread negative attitude towards the F-35 project.

According to the latest data, the Pentagon will purchase almost 2450 new F-35 fighters in three versions for various purposes. Of these, 1763 vehicles will be built in the F-35A version and will go to serve in the Air Force. 353 F-35B fighters will be handed over to the Marine Corps, and the remaining 260 aircraft will join the ranks aviation naval forces. Thus, the number of F-35A aircraft for the Air Force will exceed the total number of fighter-bombers currently in use. 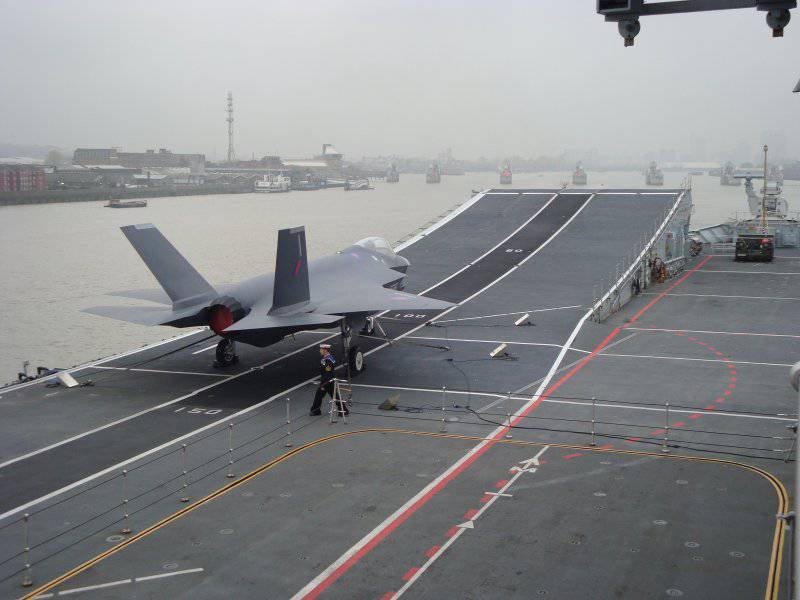 However, the land and deck fighters F-35A and F-35C will only come to replace the existing numerous techniques, and for some time will serve with it. The situation is quite different in the Marine Corps aviation. The only attack aircraft of the CMP is currently McDonnell Douglas / Boeing AV-8B Harrier II. At the same time in the ranks there are about a hundred such machines, which is not enough for effective mass support of troops from the air. Thus, the F-35B fighter with a shortened take-off and vertical landing will be a real rescue of KMP aviation.

Finally, it should be noted that F-35 has a number of new systems designed to increase its combat effectiveness, as well as compatibility with advanced guided weapons. As a result, the F-35 Lightning II fighter, regardless of modification, is a complex and expensive, but highly efficient combat vehicle, capable in the near future to force out all obsolete aircraft from the troops and ensure the combat effectiveness of the Air Force, Navy and IOM over the next decades .

Minor design flaws, etc. F-35 aircraft problems continue to be identified until now, and the US military takes this into account. The result of attention to such things is the regular introduction of adjustments to the plans, especially vividly manifested in the early stages of the project. In recent years, the planned dates for the implementation of a program element are almost not shifted, so the recent news about the time to bring the aircraft to the state of IOC attracts particular attention. She says that the existing deficiencies are being actively addressed and its rates are higher than previously thought. 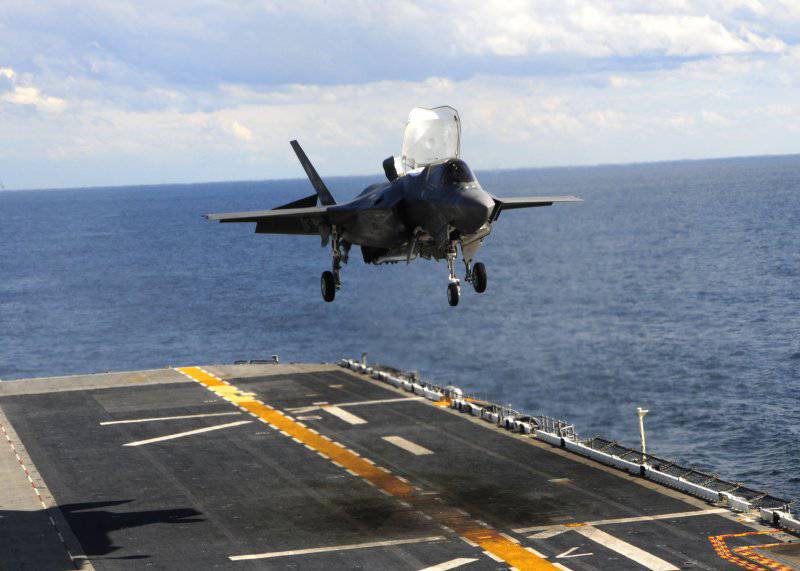 As a matter of fact, all the news that appeared as the F-35 project was implemented, unequivocally said that the Pentagon is confident in its choice and intends to equip the air force and naval forces, as well as the Marine Corps with the planes of this particular family. As for the timing and cost of the entire program, in the light of the complexity of the new aviation technology and related systems, they do not look something too big, although they are quite capable of causing disputes. An example of this is the repeated disputes in Congress over the necessary amount of project funding.

At present, there is a slight improvement in the design and a noticeable improvement in the F-35 fighter systems, new serial vehicles leave the assembly hall, and the US military regularly publishes new reports on the project. Proponents of the new aircraft, in turn, continue to defend its need for numerous disputes, and opponents with no less fervor advance their point of view. Nevertheless, the Pentagon has long made its choice: to be a Lockheed Martin F-35 Lightning II fighter.

Of course, in order to fully complete all the planned work and processes, it will be necessary to spend some additional time and some money. But the cost of finance and time seems to suit the customer. Thus, choosing between an expensive, long, but promising project and a less costly, but not yet existing, the Pentagon made the most obvious, though not a cheap decision. He is ready to sacrifice money and refuse to save, but at the same time he intends to get promising equipment with wide opportunities. Making such a choice, you need to be sure that the costs will be justified. The US Department of Defense has good reasons to continue, and they clearly outweigh all the arguments against continuing the program.