3 2013 June
34
The US armed forces have already left Iraq, the withdrawal of troops from Afghanistan has been appointed for 2014 for the year. These facts are known to the whole world. However, few people know that the combat units of the United States without any particular publicity are involved in several other armed conflicts in different parts of the globe. 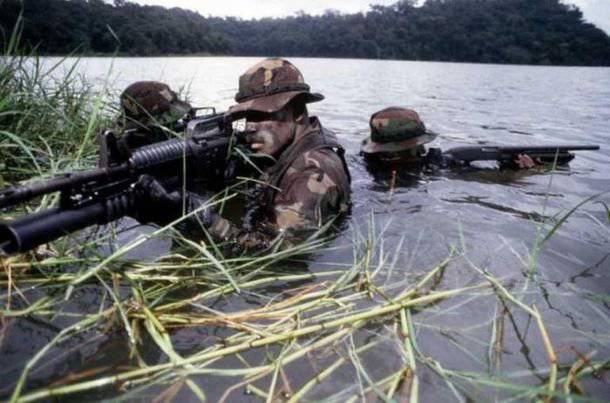 Of course, the scale of these military operations is incomparable with the Iraqi and Afghan ones, and the Pentagon is helped by modern technologies to make them less visible to the world community. With their current development, mass military operations in regional conflicts are not necessary at all, where it is more effective to deliver targeted strikes with aviation and robotic unmanned aerial vehicles (UAVs) (unmanned aerial vehicles), or drones (drones). That is how the United States currently wages at least three undeclared wars - in Pakistan, Yemen and Somalia.

Although why undeclared? As Mr. Obama’s chief counterterrorism adviser, John O. Brennan, has repeatedly stated (White House counterterrorism director John O. Brennan), the United States will not wait for a terrorist attack, but will lead a preemptive battle no matter where Al- Qaida or its extremist affiliates. In full accordance with this paradigm, and military operations are conducted.

It is fighting, not army. Attacks with the help of robotic drones are increasingly planned and carried out not by the Pentagon, but by the CIA and other special services. And if necessary, ground operations go to battle not regular troops, but special forces. Not surprisingly, in recent years, the number of US special forces has increased dramatically. If at the end of the administration of George W. Bush’s administration, US special forces were stationed in the 60 countries of the world, then under Barack Obama, they were already in 75.

In the Philippines, the Americans intervened in the 40-summer standoff between government forces and Muslim and communist rebels. This conflict has been going on for about forty years and has killed more than 150 thousands of people. The main opponents of the United States were the Islamist organizations Abu Sayyaf and Jemaa Islamiah, which the Yankees enrolled in al-Qaida units, and the Maoist New People’s Army — the armed wing of the Communist Party of the Philippines. As a result of the operation, Islamist leaders were killed or arrested, while the anti-government organizations themselves were practically crushed.

The operation in the Sahara began on January 10, 2004, from the landing of commandos in Mauritania and cost the US budget half a billion dollars. At the same time, the US failed to achieve serious results - in recent years, the number of terrorist attacks has not decreased, the influence of terrorist organizations is increasing, and in 2008, Al-Qaida in the Islamic Maghreb called on all Muslims of the Sahara to jihad.

In northeast Africa, Americans are also not particularly lucky. Numerous operations against all belligerents in the endless civil war in Somalia have no particular effect — new ones are being set up at the site of the destroyed militant training camps, and pirates still seize ships in the Gulf of Aden.

But the raids by the drones on the nearby Yemen gave quite a noticeable effect - the people took to the streets with protests and began to sympathize with terrorist organizations. Pro-American President Ali Abdullah Saleh introduced martial law in the country, was wounded during the shelling of the presidential residence and died in February 2012.

As a result, the number of air strikes on Yemen in 2012 year has tripled compared to the previous year. The planes will start from the camp Lemonnier located in Djibouti, which has recently become the center of US military operations in the Middle East and the Horn of Africa. Here are placed combat drones Predator, capable of carrying Hellfire missiles, and a squadron of strike fighters F-15E Strike Eagle. According to official data, last year, al-Qaeda bases in the Yemeni provinces of Abyan, Lahj, Shabwa, Hadramaut, Mareb, and Al-Jawf killed Al-Qaida and 182 militants in civilians.

Perhaps the number of victims does not make a strong impression (with the word “war”, many still remember World War II with millions of dead), but for the contemporary regional conflict this figure is more than impressive. For comparison, the victims of the Lebanon-Israel war 2006 of the year, which included large-scale military operations, were 402 man.

However, in the first place, the Americans themselves do not want to declare all these operations a war. In this case, the Pentagon does not need to receive permission from Congress, and then report in detail on the money spent. And for the world community, the George Bush administration invented a successful “Global War on Terror” screen that can cover the use of force in one’s own interests anywhere in the world. For example, the latter raises the question of the need for a ground operation in Yemen. There are so many al-Qaeda militants out there. And oil.

Ctrl Enter
Noticed oshЫbku Highlight text and press. Ctrl + Enter
We are
UAVs in green caps. Worldwide experience in the use of UAVs in the protection of state bordersMilitary reform as an integral part of the security concept of the Russian Federation: Systematic dynamic assessment
Military Reviewin Yandex News
Military Reviewin Google News
34 comments
Information
Dear reader, to leave comments on the publication, you must sign in.