December 30 2010
0
America is living in debt; at present, the size of its public debt is approaching 14 trillion. dollars. Its increase from 28 September 2007 of the year is about 4,1 billion dollars a day. Not surprisingly, the government has recently been preparing to make painful cuts in various budget items. But along with this, in the USA there is a huge article of government spending that is constant and continues to grow even under the rule of Barack Obama. It's about military spending.

Here are some facts.

The Stockholm Peace Research Institute believes that US military spending is comparable to the military spending of all the rest of the world combined. And at least 6 times the second largest military budget - the Chinese.

The US military is located in more than 560 military bases and facilities abroad, many of which are still a legacy of the Second World War, which ended 65 years ago.

The intelligence community is so huge that the number of people with access to "top-secret" information exceeds the population of the capital - the city of Vashinton. Perhaps it is from here that the legs of the scandal with the site "Wikileaks" grow.

The United States spent a year on the war in Afghanistan, more than on the war of independence, the 1812 war of the year, the war against Mexico, the civil war and the Spanish-Mexican war combined. Naturally, given the level of inflation.

The US military budget is an area that is almost not influenced by elections in the country. So President Barack Obama - Democrat, embodying a new direction of development, is asking for an increase in military spending by 6%.

Proceeding from this, more and more Americans are thinking about why the country spends such huge funds on defense. In particular, Professor Basevich, whose son died in Iraq in 2007, considers defense spending redundant. The professor considers a strong army a necessary attribute of the country and one of the important elements of diplomatic support, but I am sure that expenses must be balanced. According to him, as part of the marching orchestras of the US Army, there are more people today than the State Department has in foreign service. The set of “hammers” that America has allows it to treat any problem as a “nail.” But this set is useless to solve the problems of North Korea or Iran, in relation to them you cannot act only from a position of strength. 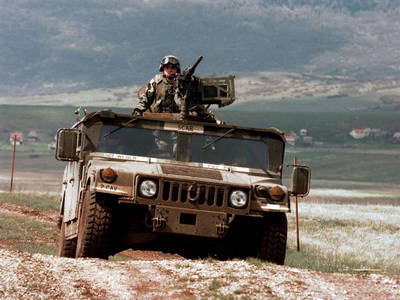 Most zealously for reducing the military budget are the people who have experience of military service. Secretary of Defense Gates said that military spending, both small and large, should be reviewed and subjected to thorough analysis. Among the most active supporters of the revision of the expenditure of funds are military personnel of the military contingent in Afghanistan, who are in favor of investing more money not in the war, but in the construction of schools in the country. Because they see with their own eyes that investing money in education is more effective in the fight against terrorism and extremism. For the money that the United States maintains one soldier in Afghanistan, it would be possible to build 20 schools.

Approximately the same path was taken in due time by Russia, which began to generously pour funds into Chechnya, spending them on building a normal peaceful infrastructure, perhaps when 1-2 generations of children grow up in newly built schools that have not seen war, the situation in the region will change radically in a way. Despite the problem of corruption, the money that flowed into Chechnya gave the result. What the republic represented in 90's and what it now represents is two big differences.

America seems ready to move to this system by investing in building a peaceful life in Afghanistan and Iraq with the withdrawal of its armed forces from these countries. In addition, the money saved can be better spent inside the country, investing them in security, but of a slightly different kind - the fight against crime, the development of medicine, the fight against poverty. By investing them in diplomacy, which should prevent long-term wars. All this will bring America more benefits than the presence of warring soldiers in Iraq, Afghanistan or at military bases in Europe.