Non-firing cannons and missiles that do not hit anywhere: “sinking” shipyards of Russia drag the state defense order 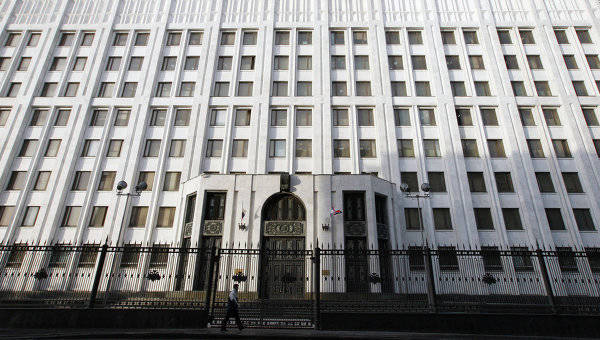 Recently, a series of permutations took place in the largest shipbuilding company in Russia - the state United Shipbuilding Corporation. The company’s president, Andrei Dyachkov, resigned, and Vladimir Shmakov was appointed in his place, previously, the first deputy general director of Uralvagonzavod. At the same time, Dyachkov only less than a year ago replaced Roman Trotsenko as head of the USC.


The strange retraining of the tank builder in the shipbuilder is motivated quite unambiguously - Shmakov must use his experience of crisis management. Additionally, "announced" audit of all contracts, and possibly personnel changes. Further, according to the Minister of Industry and Trade Dmitry Manturov, the state corporation will be able to transfer part of the work on overdue orders to foreign subcontractors.

In other words, quite radical measures are planned, and this is not surprising. So, according to Deputy Prime Minister Dmitry Rogozin, the implementation of the state defense order, foiled by shipbuilders last year, can be frustrated in this. Meanwhile, the state of domestic fleet, cautiously speaking, does not inspire optimism.

By the beginning of the "tenths" very little was left of the Soviet naval power - so, instead of more than forty nuclear missile submarines in the Northern Fleet only 18 remained, in the Baltic the number of diesel submarines decreased more than ten times - from 32 to 3, and as a result The submarine forces of the Baltic Fleet were less ... Polish. From the huge surface fleet, which included more 160 ships of the far sea zone, 2011 combat-ready 25 and 1 ranks - 2 aircraft carriers, four cruisers, six destroyers, ten large anti-submarine ships and five patrol ships. However, Kuznetsov can only be called a full-fledged aircraft carrier only in a state of unrestrained optimism. In the ranks, there are only ten deck aircraft, the propulsion system of the ship is unreliable. Missile armament of cruisers, destroyers, and "tactical" submarines, once a formidable enough, has long been outdated. The Russian fleet is frankly weak - and at the same time it is dispersed throughout the four waters, not counting the Caspian Sea.

Meanwhile, the ocean holds for the Russian Federation very unequivocal threats. Deprived of cover, submarines with strategic missiles are quite vulnerable. At the same time, the most dangerous scenario of a nuclear attack against the Russian Federation is a disarming and “decapitating” strike of American strategic submarines secretly concentrated off the coast; with a salvo from the Barents Sea, the missiles reached targets in Central Russia in 8-10 minutes, and there would be no time to respond. As a result, effective “monitoring” of the adjacent part of the ocean is for the country literally a matter of life and death. The Russian Federation has vast economic interests in the ocean - to defend that simply by installing flags at the bottom obviously will not work. Finally, there are territorial disputes - and in the case of Japan, we are talking about a country with a huge and modern fleet.

As a result, the shipbuilding part of the state armaments program turned out to be very extensive and costly - it was planned to allocate about a quarter of the total amount to the needs of the fleet, 4,7 trillion. rubles, while a third of this amount was scheduled to spend up to 2015 year.

In 2010, it was planned to build 35 ships in five years - six nuclear and five diesel submarines, five frigates, six corvettes, etc. By 2020, it was planned to build 54 surface ships and 24 submarines, to carry out extensive upgrades and bring into combat readiness a significant part of the ships deployed in the reserve. In the future, in 2020-x planned construction of aircraft carriers and large nuclear destroyers.

However, the reality turned out to be radically different. 2011 was marked by disputes between shipbuilders and the Ministry of Defense about the "price" of contracts (the military reasonably suspected shipbuilders of inflating 15-20% prices) and a long series of criminal cases. So, "Admiral Kuznetsov" received a "used", non-standard and rusty anchor, bought by enterprising suppliers in the Netherlands for a million rubles, while four were allocated from the budget. In the end, the contracts were still signed, but the confusion led to a decrease in output by 16,2%.

2012-th brought a new wave of unpleasant surprises. Thus, the work on the construction of the shipbuilding complex "Zvezda" in the Far East was successfully disrupted, while the USC was found to have an excessively "creative" approach to the compilation of reports. In shipbuilding itself, the company has expired about a third of the contracts.

Ships are still being built extremely slowly - the first frigate of the 22350 series, built in the 2006, was launched in the 2011, the second was laid only in the 2009, the six remaining ships of the series still exist only on paper. Meanwhile, we are not talking about battleships: 22350 - these are quite small ships with a displacement of 4,5 thousand tons. As a result, the Ministry of Defense's lost patience was forced to order two 11356 M frigates, designed for India.

A similar situation exists with non-nuclear submarines of the new generation, equipped with an air-independent power plant. The Lada project faced technical difficulties and was "stuck" - as a result, the Ministry of Defense was forced to buy the outdated Varshavyanka / Kilo.

With a tremendous creak comes the development of new weapons. For example, the Redut air defense system, intended for installation on ships of a new generation, out of three test launches, missed all three times, while it is quite likely that this is not a matter of ordinary technical problems, but of conceptual errors of the project.

Even more impressive looks история The new 100-mm AU-190 artillery mount, well demonstrating the mores of the domestic military-industrial complex. With the stated rate of fire in 80 rounds per minute, the gun often sticks after three. At the same time, according to the manufacturer, “after the state tests in 2001, the artillery system went down to us crude and unstable. It shoots, it does not. The ROC was performed incorrectly, therefore during serial production we constantly had to make changes to the design documentation in the tens and hundreds. And the delays from that that we do not release products from the factory until they shoot properly. In ten years, we have eliminated most of the OCD deficiencies. "

So, the raw "super-weapon" successfully passed state tests, it was put into service and in production. After that, the manufacturers slowly corrected "individual flaws" for ten years - without ceasing to broadcast about the "unparalleled in the world" guns ... apparently to drown out the indignant cries of indians crying out from behind the cordon who carelessly installed AU-190 on several of their ships.

We will be fair to the domestic "defense industry" - at least it does not suffer from cringing before the East, completely impartially tearing down both domestic and foreign contracts. Frigates for India are built as long, thoughtfully and meditatively, as frigates for the Russian Navy. The story of the long-suffering aircraft carrier Vikramaditya is no less epic than the "adventures" of non-firing cannons and missiles that never went anywhere - during the tests on it, seven of the eight boilers failed at once. At the same time, the Indians were obviously impressed by the extraordinary ease with which their counterparties reacted to this trivial attention: “Russians are actually confident that their privileged position will be eternal. However, defense is a matter of national survival, and there’s no places of sentiment. "

No less entertaining is the history of the Nerpa nuclear submarine, which should be leased to India. The tragedy of the 2008 year on a submarine, when 20 people died from poisoning by a poisonous fire fighting vehicle, is very likely related not to the “human factor”, but to the incorrect operation of the automation - similar systems of the Russian fleet malfunctioned. A week ago, another set of unsightly facts surfaced - as it turned out, out of a billion rubles allocated for the completion of the submarine, only half reached Amur Shipyard. The rest has disappeared in an unknown direction.

In general, it is clear that without very radical measures to implement the impressive plans of the Ministry of Defense, you can forget. Shipbuilding problems are quite typical for our military industry, but the scale and complexity of shipbuilding projects squares them. In shipyards, you can steal on a special scale; here is a special space for frank sloppiness. In the fleet, as in the infrastructure, with a strong desire, you can “bury” almost arbitrary amounts.