Disputes over the results of ZVO exercises: 9 from 11 - strongly or weakly?

3 2013 June
269
Attention, the question. Nine out of eleven - is it good or bad, much or little? And it is precisely this question that worries all those who one way or another followed (and through the news agency issues, including) the progress and results of large-scale exercises of the East-Kazakhstan oblast troops that took place from 27 to 29 in Russia in May. By today's standards, the exercises were really more than large-scale (8700 military personnel, 185 airplanes and helicopters, around 240 armored vehicles), and we can confidently say that nothing like (in the sense of training maneuvers) in stories New Russia was not carried out.


Let's start with the results of military maneuvers. Defense Minister Sergei Shoigu, reporting on the results to Supreme Commander Vladimir Putin, said that during the interception of eleven missiles fired by a conditional opponent in the region protected by air defense and EKR systems, nine were intercepted. At the same time, Shoigu stressed that a certain part of the calculations of the C-300 ground-to-ground missile system, which usually covers this area, was transferred to the Ashuluk training ground for training shots. 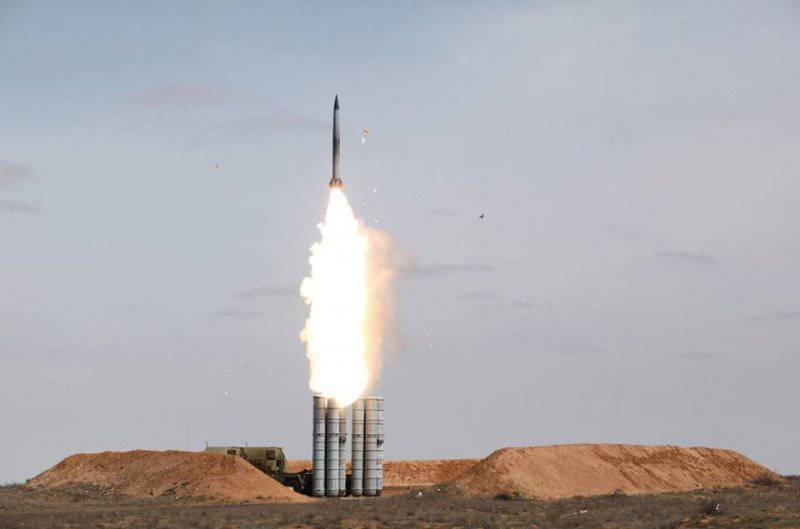 Putin answered this information as follows:

“In principle, the result is satisfactory. Look at all the questions and problems that arose during the exercise. "

So, 9 from 11 is the result of covering the protected area. Indeed, this is a result other than “basically satisfactory” is difficult to call, because if you consider that two missiles of a conditional enemy were able to pass through the shield, even if temporarily weakened, as Sergei Shoigu says, then neither “good”, nor even "Excellent" troops did not pull. But at the same time, it is difficult to understand those people who immediately after the announcement of the results of the conducted maneuvers began to practice in who would shout over anyone in the style of “everything was gone!”, “You should run away from here!”, “And what would happen if the real the war ?! ”and“ the end is ours! ”And judging by the numerous publications in the print press and in the electronic media, there are quite a few such people.

Yes, of course, the two goals could not hit - offensively, vexed ... But is this a reason for a mass psychosis about the unreadiness of the Russian aerospace forces and the Air Force (together with the air defense) to repel the blow? Is there really a complete (I mean, 100%) guarantee in this world of defeating everything that an adversary is capable of releasing on it (conditional or real)? The answer is simple and concise: no! Why not"? Yes, because there is such a science, which is called probability theory, and there are separate probabilities of hitting targets with systems of a certain type of defense. And if you turn to them, then 100% guarantee of defeat for all goals without exception is not achieved by definition. As they say, there will be a no less tricky target for any clever air defense system that can spoil any statistics. And the “trick” of the goal may depend not only on the parameters that the manufacturers put into it, but also on the whole system of additional factors, and the human factor plays not the last role in the development of computer and other monitoring systems that are available. .

No, no one takes responsibility off the servicemen who missed two “blanks”. Missed - to blame.
So you need to refine, put greater emphasis on efficiency. But isn’t teachings conducted for this? Or there are people who believe that the troops should have assembled in alarm, moved to the designated area or, remaining on agreed positions, worked like the heroes of Hollywood blockbusters, destroying any enemy with 100% probability, even if this enemy is a space asteroid. Well, well, the thrill of the capabilities of the heroes of Bruce Willis, in principle, is understandable, but we still have to be friends with reality ... But the reality so far is that any teachings of the Russian troops is a plus.

To realize this, you can make a mental journey years ago on 15 back. No exercises - no discussion of the effectiveness of the country's defense. How many Russian air defense systems of a conditional enemy’s missile could shoot down at that time? But who knows them ... And if no one knows, it means everything is in order - in order for those who had certain views on the continuation, forgive me, of razderbanivaniya Russia into specific principalities.

They tried to convince us that the Russian State had no enemies, and therefore all this waste of money for the modernization of the army was from the evil one. And many of us in fact willingly believed in it. And there are those who live on the same wave until now ...

What’s there 15 years ago ... You can take, say, a variant of 2-3 years ago, when most News from the Ministry of Defense were far from mating maneuvers, combat training and operation of weapons, but with which of the units of the main military department stolen more, and in which less, with those who managed to warm their hands on the introduction of a new military uniform, who sold military “non-core” property to whom. Now there is a reason to debate on the subject of objective combat readiness. Frankly: happy.

By the way, let’s not forget that the course of the exercises is not only an episode with nine shot down and two undeveloped ... During the maneuvers, the military practiced the skills of establishing a radar field, the conclusion aviation from the zone of a potential enemy strike with dispersal over several aerodromes involved for operational deployment. In addition, according to the scenario of exercises in the areas of their conduct, a massive air attack was carried out using real (it must be emphasized - real) cruise missiles launched by the "strategist" Tu-95. To intercept cruise missiles, the MiG-31 fighter link was used, which successfully coped with its responsibilities. The May exercises of the East Kazakhstan region and the Air Force are also a successful series of bombing at various training ranges, the use of long-range aircraft. In the end, this is a normal, rather than paper, combat training of personnel, which in the vast majority of cases didn’t stay at headquarters and barracks through no fault of their own.

However, it is the theme “2 from 11 still flew by” is exaggerated with a certain, if one can put it that way, and with little understandable severity. But, friends, and what, it would be easier for all of us, if the same Shoigu during Putin’s report would have taken and said: “Vladimir Vladimirovich, everyone worked with a bang, all goals were hit, the enemy was defeated, the victory was ours After all, to neutralize a potential adversary, as they say, all means are good - and disinformational ones as well. So we do not seem to be the DPRK ... And the situation is not the same to sing the praises of the combat readiness of the Russian army. Too much time is lost, and too much work still needs to be done in order to rely on 99 from 100 next time ... And it is gratifying that such work is being done, without smoothing and with a clear eye to the future. If someone is annoyed, then you need to focus on soothing breathing exercises.

Ctrl Enter
Noticed a mistake Highlight text and press. Ctrl + Enter
We are
One army and three opinions2010 Results of the Year (Part I)
269 comments
Information
Dear reader, to leave comments on the publication, you must to register.