Russia blocked the statement of the UN Security Council on Syria 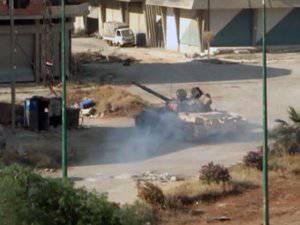 At Saturday’s meeting of the UN Security Council, Russia blocked a resolution on the situation in the Syrian city of Quseir, which the United Kingdom proposed, according to the Russia 24 channel. Russia blocked the resolution because of its obvious bias. The Security Council was silent when Quseir was captured by the rebels, and this happened at the very beginning of the war in Syria.


The draft resolution was supposed to express deep concern about the situation in Quseir, where heavy fighting is now taking place: government troops are storming the city, trying to destroy the militants who sat down there.

Ctrl Enter
Noticed oshЫbku Highlight text and press. Ctrl + Enter
We are
Details of the defeat of militants in al-Quseir: "A strategic turning point has occurred"
Military Reviewin Yandex News
Military Reviewin Google News
193 comments
Information
Dear reader, to leave comments on the publication, you must to register.