3 2013 June
80
The other day, "Izvestia" opened the veil of secrecy over one of the new projects designed to update the Air Force. The publication became aware of the end of flight tests of the IL-22PP aircraft with a new electronic warfare system (EW) installed on it. By early May, the staff of the Flight Research Institute. M.M. Gromov did all the necessary work and handed over the plane with the EW system to state tests. Over the next few months, a new system for jamming will go on board. 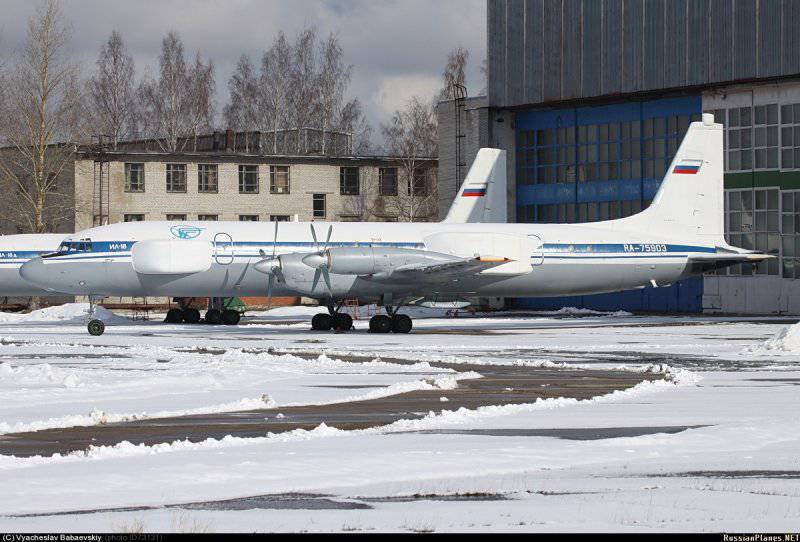 The new complex is called the “Feller” and has higher characteristics than previous similar systems. In addition, when creating this EW system, some technical solutions were applied that significantly increased its combat capabilities. The main feature of the "Beater" was the ability to influence only the signals of a certain frequency, without affecting others. Earlier, the EW systems of previous models, as Izvestia wrote, often suppressed not only the signals of enemy electronic systems, but also their own, which had corresponding tactical consequences. The new "Chopper", according to the source of the publication related to the tests, is able to work selectively.

So, before turning on the active jamming system, the complex scans all the available radio signals and finds the frequencies at which the enemy’s transmitters operate. At this time, the aircraft itself does not emit anything - the equipment operates exclusively in the reception mode. After finding the most important communication channel of the enemy or the signal of an enemy radar station, the equipment operators turn on the jammer and interfere with the desired frequency range. In addition, the new “Fischer” complex can radiate interference only in the right direction, which will be useful in certain circumstances. 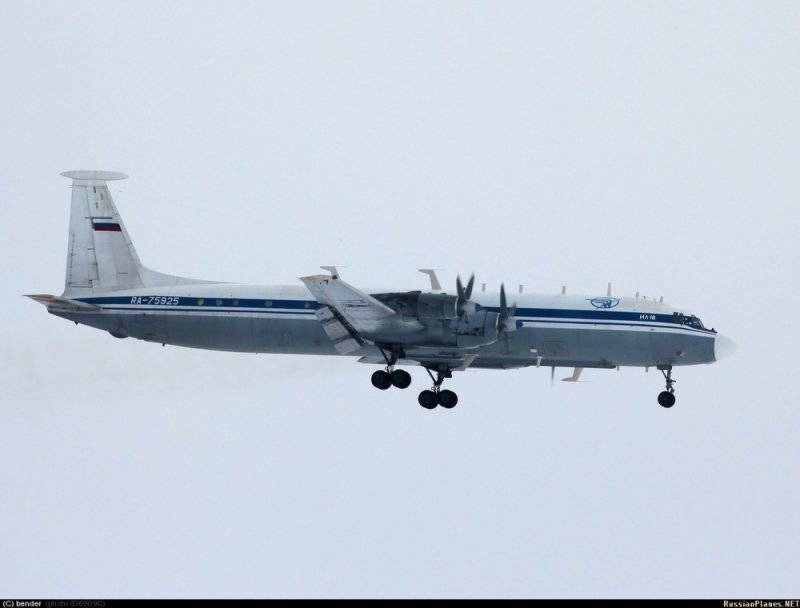 The equipment of the “Cutter” complex is said to be able to effectively deal with all possible targets, such as airborne early warning and control aircraft, air defense systems, as well as manned and unmanned aircraft. In fact, several aircraft equipped with an electronic warfare complex will be able to disrupt or even paralyze the operation of the potential enemy in a given area.

During the tests, the IL-22 aircraft (air command center based on the IL-18) was used as a carrier of the electronic warfare complex. The car built in the late seventies, before installing special electronic equipment, was repaired, and some changes were made to its design. The work was carried out at the Experimental Machine-Building Plant. V.M. Myasishchev. The most notable difference in the IL-22PP aircraft from the base machine was a few large fairings on the sides, inside which the antennas are located. Interesting reasons why the "Fischer" was installed exactly on the plane, whose age is close to 35 years. According to Izvestia, the command of the Air Force wanted an EW complex based on more advanced technology, but none of the existing modern aircraft met the flight performance requirements, primarily the flight duration.

The use of an old aircraft had corresponding consequences. "Izvestia" cite the words of an unnamed representative of the Air Force, according to which, even after repair, the renewed IL-22P will be able to serve no more than ten years. Thus, over time, a new carrier will be needed for the “Feller” complex. Taking into account the reasons for which the Il-22 was chosen as the basis, it is possible to draw appropriate sad conclusions about the future selection of a new basic aircraft.

However, it is in its current form that the new aviation complex of electronic warfare Il-22PP has entered the state tests. Approximately by the end of the year, the jamming aircraft designer will complete all the necessary checks and will be put into service. According to Izvestia, it is planned to introduce five such machines into the air force, including a prototype.

News The completion of the main work on the new electronic warfare complex for the Air Force is undoubtedly pleasant and positive. Domestic Air Forces have not received new special aircraft with similar equipment for a long time, and therefore the IL-22PP complex with the “Chopper” system is of great importance for the renewal of military aviation. After the start of the service, new aircraft will close an important tactical niche, the priority of which has been constantly increasing in recent years.

The armed forces of leading foreign countries are constantly updating their control and communication systems, as well as launching new equipment for various purposes. For example, a modern war with the participation of NATO is unthinkable without the use of long-range radar detection aircraft and unmanned aerial vehicles of various classes. Thus, IL-22PP aircraft with the “Chopper” can become one of the main means designed to impede the actions of the enemy, paralyzing its communication channels, detection systems, etc.