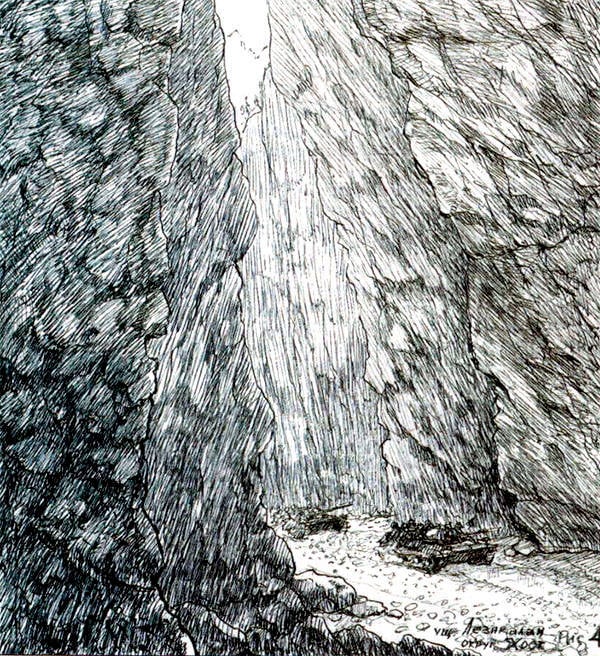 Jawara There is something mysterious, romantic in this word. And in 1986, it was the largest base in Dushman. It was placed in a gorge two kilometers from the border with Pakistan in Khost district.


From this base, the spooks set out to seize Khost. Taking it would allow grabbing a large piece of the DRA and declare its government in Afghanistan. This town, located in a vast valley, was like a bone in the throat of Islamic rebellious leaders. The Khostinsky garrison as part of the 25-th AP of the Afghan Army and the frontier brigade lived in a circular defense. Commanded the division, Major General Asef. It was a talented divisional commander, the king and god of the area. Dushmans were afraid of him and respected. He got along well with the local population and local authorities, organized a self-defense regiment, which, together with the division, defended in case of an attack.

The DRA Ministry of Defense decided to crush the Jawar base. Army General Varennikov approved this decision. A joint operation plan was developed.

The battle management team flew to Khost in the last days of March, and I was part of it. Immediately, I ordered aerial photographs of the mountainous terrain of the combat area from Khost to the border with Pakistan. I was interested in the approach to the Jawar base.

The division commander Asef, who knows the area like the back of his hand, assured me that there was no road to Jawaru, only foot and pack trails. There is a road along the Lezikalay gorge, but it ends at the eighth kilometer, the gorge narrows and then the 10 km goes to the base of the ishachya path.

At the academy, I was fond of decryption, and this was useful to me. Having received aerial photography of the area, I studied each centimeter with a magnifying glass and came to the conclusion that there is a road to Jawaru!

The Afghan grouping of troops was headed by the Deputy Minister of Defense, Lieutenant General Azimi. His plan envisaged the landing of a commando brigade assault on the commanding altitude of Darigar in 3 km from the base. This peak towered on 3600 m and is visible from everywhere. The advisers were against this landing, as the qualifications of the Afghan helicopter pilots did not give confidence in the success. But Azimi insisted.

The commando brigade is an elite unit of the Afghan army that has proven itself very well in combat. Soldiers of enormous growth, well trained by our instructors in combat, sambo and shooting. The selection of soldiers was carried out by blood feud, that is, each of their relatives was killed by dushmans.

The landing party was given a central place. After two hours of fire training, the units each go in their own direction and occupy the dominant heights, others go through them, and so on up to the base itself. The commandos disembark on the highest mountain Darigar, from there they suppress the firing points of the dushmans and accept the attacking ones. This mountain is visible to the naked eye from afar. 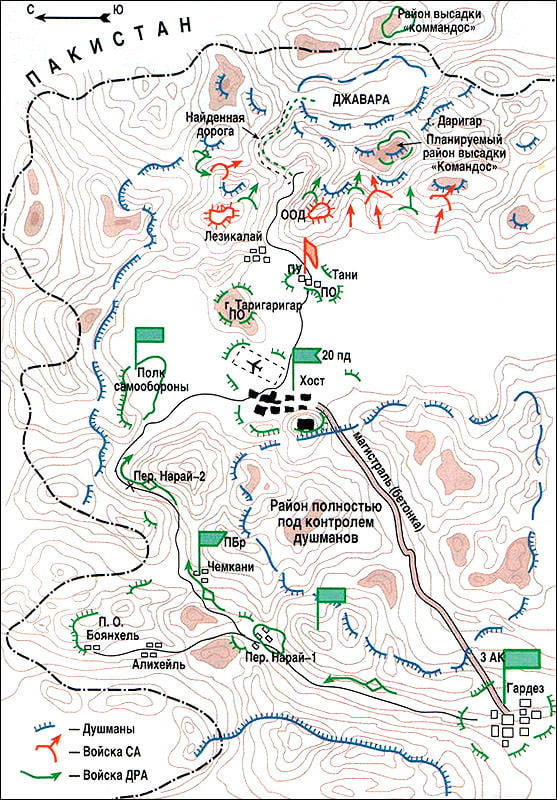 In 1986, Jawara was the largest base in Dushman. She settled in a gorge two kilometers from the border with Pakistan in Khost district

From the walls of the Matun fortress, we observed artillery fire training, action aviation and helicopter landing. Six Mi-8 helicopters took off the landing, and when the helicopters returned safely, our KP moved to the settlement of Tanya, 12 km east of Khost.

Here began the incomprehensible. Communication with the landing was normal. The troops moved across the mountains, overcoming the fierce resistance of the dushmans — and suddenly from the mountain Darigar, on which a landing party was planted, an intense fire was opened on our troops, so that the troops stopped. And the commander of the commando reports that the shootout from them is still far away, and they do not fire.

They were told. The commandant commander calmly replied: "I understand, I will leave." An hour later, he reported that he was surrounded and fighting.

A squad of commandos fought for three days. Only 80 men made their way from 17 fighters. The commander and the commander died. The commandos came to Tani and wept for resentment and anger. They wanted to see Lieutenant-General Azimi, but when the deputy minister of defense, when he learned of the landing, simply boarded a plane and flew to Kabul for "important" matters. From Kabul, he ordered the arrest of the regimental commander helicopter pilots, but he fled in an unknown direction. The helicopter pilots who landed the troops answered that they were carrying out the command of the commander. What happened, really no one knows. In daylight, miss the highest mountain on 10 km and land commandos in Pakistan - you have to be able to make a mistake.

Every cloud has a silver lining

The commandos pulled back the considerable forces of the Jawary defenders. On top of Darigar, they were beaten out of everything from which it was possible, but the spooks there were firmly entrenched and kept a large space under aimed fire. Numerous attacks on this mountain were unsuccessful. Fire training began - the dushmans hid in the caves, ended - they occupied combat positions and repelled attacks.

Lieutenant Colonel Mikhail Karayev, advisor to the infantry regiment commander of the 25 Infantry Division (he died heroically six months later in battle), at night without any noise brought his regiment to the height and attacked the enemy with dawn without fire preparation. Dushmans did not expect this and flinch. The top was captured in minutes. On the third day the base was taken.

And the road was found! I came to her Jawara. After the narrow passages of mountain roads, a wide gorge, up to 150 meters, appeared in front of us with a flat rolled bottom up to two kilometers. In the rocks facing Pakistan, caves were cut down to 10 meters deep, four meters wide, three meters high. The walls are lined with brick. The entrances are closed with powerful iron gates, painted with bright colors.

Counted, it turned out - 41 cave. All electrified. Behind the fence is a mosque with a beautiful brick entrance, a hospital with new American-made medical equipment. Even the ultrasound device became the replenishment of the Khosta hospital. Nickel-plated fittings, beds with changing bed inclination. Here is a library with books in English and Farsi. Bakery, and at the entrance - a mountain of fresh tortillas. Warehouses with metal shelves, which are neatly laid out with boxes weapons and ammunition. Further rooms for min. What only was not here: anti-tank, anti-personnel, anti-transport, Italian, French, Dutch, German production. Explosive packs were stored separately. Explosives of a different sample and detonators to it, also in separate storages. In the farthest section of the base boxes for vehicles with holes for repair. In one of them was a tank T-34. Serviced, refilled, with brand new batteries. Wound up with the move and left boxing. Upstairs above the cliffs stood a beautiful house with the words "Hotel". It was furnished with soft furnishings, carpeted floors. How many of our aircraft worked, and the house and the caves are wholly.

It was here that the mystery was opened why General Asef "did not know" about the existence of the road. He wanted to leave the entire contents of the base for his division. Only the first units entered Jawaru, as the 20-th PD cars appeared ahead - and the robbery began. Machines arrived, instantly loaded with riding various property. The two-meter brick wall was instantly dismantled and the brick was taken to the division.

Asef knew his stuff. The soldiers of the Afghan army dragged themselves to themselves what can. My translator Alyosha Petrov immediately bought an Afghan book in Farsi from an Afghan soldier for 100 Afghani.

I was ordered to organize the destruction of the base. Time was allotted 4 hours. We have distributed: part of the caves are prepared to undermine the sappers of the 45 th regiment of the 40 th army, part of the caves and buildings - Afghan sappers.

I understood that in the allotted time it was impossible to destroy the caves. Above them - 30 meters of rock. If there were two meters of holes in the ceiling, but to score with explosives, then there would have been a collapse, but there was no time for this, since the troops had already scheduled the time to withdraw.

In each cave, we placed about two hundred anti-tank mines. Tied the conductive network. Put a charge into these caves at least 10 more times - there will be no confusion, the force of the explosion will follow the path of least resistance, and the caves will shoot like guns.

And then came the moment. The caves, like the 12-meter caliber cannon, spat out the entire contents. When the dust had settled, the entire space of the gorge was littered with lumps of earth, brick battle and stones. And the caves became clean, under a broomstick, and even more capacious, only the entrances a little collapsed from above, and the gates, crumpled into a pile of torn iron, lay at the foot of the opposite rocks.

All the curious flew away, the last loaded vehicles left, and we were left to mine the base. The work is laborious, time is short. Before dark you have to go. In 17.00, a command was given to leave the troops in the direction of Tanya. And I know what the withdrawal of troops. You will only start off, as the spooks immediately sit on the tail and "heroically" follow the trail like jackals. Who gape or lagged behind - will get into trouble.

And here from the Pakistani border shooting was heard, it grew and became more distinct. I saw soldiers descending from that side and vigorously going through us further. Need to leave. I gave the command on the radio. Afghan sappers gave up work on what they managed to do and vividly took their places on the armor. The sappers of the 45 SA engineer regiment responded: "Now." This "now" lasted about fifteen minutes. I again demanded that the commander immediately quit his job and leave, and he again: "Now." Then I said to him: “You can stay for even an hour, and immediately send the soldiers to the convoy, the dushmans are near, we are leaving.” Probably, my words came, as the sappers from around the corner seemed.

Checked if everything is in place and go! I sat on the armored trophy tank, so on it he returned to Tanya, to the Communist Party, and reported to Army General Varennikov about the completion of the task. 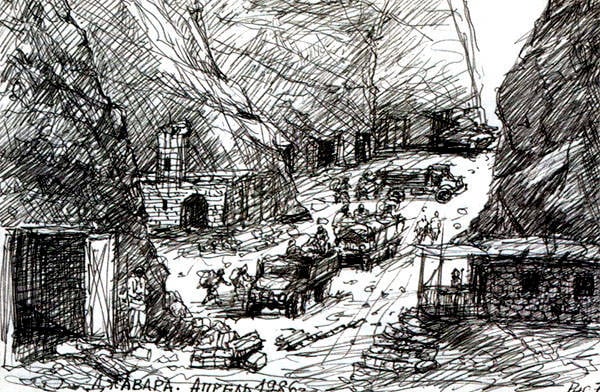 Ctrl Enter
Noticed oshЫbku Highlight text and press. Ctrl + Enter
We are
Tactics of the Afghan insurgentsChronicle of the "Afghan war." "Stinger" against helicopters: special forces against "Stinger"
Military Reviewin Yandex News
Military Reviewin Google News
8 comments
Information
Dear reader, to leave comments on the publication, you must to register.