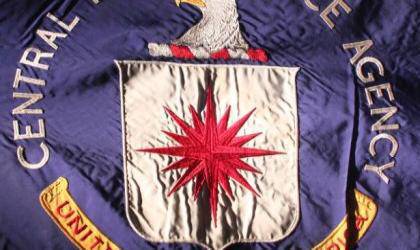 The facts pointing to the presence of the “Finnish footprint” in the tragedy at the Boston Marathon are already well known, and we briefly remind here of them just to warn: Europe is not immune from what residents of Boston in America had to endure in April.


Boston is a place of compact residence for Chechens in the USA. It was here, on Beacon Street, that the Islamic organization Al Kifah, which emerged from the flames of anti-Soviet jihad in Afghanistan at the beginning of 1990, was located. After members of Al Kifah were seen training for a number of attacks in the United States, including the World Trade Center in 1993, most of the cells of Al Kifah were defeated. But the Boston cell, later called CARE International, continued to work. She began to provide assistance to terrorists in Chechnya and Bosnia. Members of the cell collected funds, were engaged in the creation of "brigades of suicide bombers to commit terrorist acts," recruited mercenaries from US citizens (1). Some of these mercenaries, like Aukai Collins, after returning from Chechnya, collaborated with the FBI as informants. The US intelligence agencies did not touch the Boston center of extremism for almost two decades. Tsarnaevs mother says about the eldest of the brothers: “The FBI controlled his actions for five years. They knew what my son was doing. They followed his every move ”(2).

As the Finnish media reported to 21 on April, the Tsarnaev brothers were directed and directly instructed by the extremist Kavkaz-Center website in Finland. The British Daily Mail, in a material entitled “Did the Russian Bin Laden Inspire a Boston Terrorist?” Also wrote about the Tsarnaevs' ties with the terrorist Doku Umarov (2). Kavkaz Center is known as an information weapon headed by Doku Umarov of the "Emirate of the Caucasus". According to American and Turkish journalists, one of the key intermediaries between the Caucasus Emirate and the structures through which US intelligence services operate in the Caucasus (among these structures is the Jamestown Foundation) was Circassian Fatima Tlisova, who has a US citizen passport (4 ). How and when such persons were used by Western and Georgian special services to support the separatists in Chechnya, is described in detail in Islam Saydayev’s book Remove the Witness. The author of the book, who is well acquainted with the circumstances of this activity, shows that “the idea of ​​creating an Emirate (Emirate) Kavkaz center belonged to the special services of Georgia, intensively implanting it in Chechen society, nurtured in the depths of the Georgian special services and the website Kavkaz Center

But here are some facts from the biography of Doku Umarov, which are not yet written in books. Born in 1965, in the village of Achkhoy-Martan. It was first announced to the federal wanted list in July 1992-th - was accused under the article "Murder, coupled with rape." A relative by the mother of the captured Nord-Ost terrorist Movsar Barayev and a cousin of felon Arbi Barayev, who became famous for his abductions, including French citizen Kostel, English engineers Peter Kennedy, Darren Hickey, Rudolf Peichi, the New Zealander Stanley Shoe, and others. By conviction - an ardent Wahhabi. The call signs are “Warrior-1”, “Abu Muslim”, “Aisa”. At the end of the 1990-x was on the pickup at Khattab - a staff member of the CIA and a Canadian citizen, native Jordan, deprived of citizenship for contacts with US intelligence agencies. In 2000, he was closely associated with another well-known terrorist Ruslan Gelayev and financed him. After the death of Gelayev headed the remnants of his gangs in Georgia. He was the last "president" of the self-proclaimed "Ichkeria" (2006-2007). Currently listed in Russia in the federal wanted list on charges of inciting ethnic hatred, robbery, kidnapping, massacres (personally participated in the executions of Russians and Chechens), and terrorist acts. He repeatedly stated that, according to his order, such acts of terrorism as the undermining of the Nevsky Express train (2009), explosions in the Moscow metro (2010), at the Domodedovo airport (2011) were carried out.

October 7 2007 of the year Doku Umarov declared himself the emir of the "Emirate of the Caucasus". Then he called his supporters to a global jihad, which he proclaimed as the “sacred duty of all Muslims of the Caucasus”, said: “Today our brothers are fighting in Afghanistan, Iraq, Somalia, Palestine. All who attacked the Muslims, wherever they are, are our enemies, common. Our enemy is not only Russia, but also America, England, Israel, everyone who wages a war against Islam and Muslims. ” 23 June 2010, the United States included Doku Umarov in the list of international terrorists. 11 March 2011, the UN Security Council added Umarov to the list of terrorists associated with al-Qaeda. 26 May 2011, the United States announced a reward of 5 million dollars for information on its location. And despite all this, the US intelligence agencies did not do anything to neutralize it before the bombings in Boston.

According to the Finnish electronic publication Suomitanaan, the Kavkaz Center website is only a small part of an extensive extremist structure based in Helsinki (3). The main task of this network is the spread of “jihad” to the territory of Europe and the USA. At the same time, Kavkaz Center enjoys the patronage of some Finnish politicians and high-ranking officials who support the idea of ​​“independent Ichkeria”. These include Heidi Hautala (Minister of Development of Finland), Tarja Kantola (Special Assistant to the Minister of Foreign Affairs), Antero Leizinger (official of the Ministry of Development Affairs and the Migration Service, responsible for reviewing applications from the Caucasus region for political asylum). In Finland, militants from the Chechen Martyrs' Battalion found refuge, which, by the way, was replenished after Kavkaz Center assured future martyrs that Tamerlan Tsarnaev died of American torture. In addition, wards of Finnish officials, structures like the Finnish-Russian Civic Forum also help to transport people eager to “light the flames of global jihad” to other countries.

The Boston terrorist attack drew attention to the infrastructure of terrorists in Finland, but the web of the Finnish-Caucasian Emirate stretches on ... Earlier, for example, Kavkaz Center worked from the territory of Lithuania. In 2011, it was reported that the Lithuanian police had detained the son of the former Chechen separatist leader, Degi Dudayev, who was part of a criminal gang. Lietuvos rytas wrote then that having Lithuanian citizenship and living in Vilnius, the youngest son of Dzhokhar Dudayev “is accused of forging fake passports of the Republic of Lithuania as part of an organized criminal group”. At the same time it became known that the recipients of forged documents, the owners of which can move freely throughout the European Union, were Chechens. Like the brothers Tsarnaev.

Ctrl Enter
Noticed a mistake Highlight text and press. Ctrl + Enter
We are
Jihad 4.0Oleg Valetsky about the wars in the Balkans, their causes and Russian volunteers
12 comments
Information
Dear reader, to leave comments on the publication, you must to register.