Infrared sensors "friend or foe" on the uniform

31 May 2013
63
Since the invention of the gunshot weapons "Friendly fire" became the cause of the death of soldiers and officers of various armies of the world. With the growth of the firepower of the warring armies, the number of losses only increased. This was characteristic of the Napoleonic Wars, and for all subsequent armed conflicts. For example, in World War I, out of 978 thousand dead French soldiers, about 75 thousand became victims of their own artillery. In some cases, losses from "friendly fire" were even greater than from enemy actions. For example, on June 25, 1944, during the mass bombing of the Saint-Lo area (France), an American aviation inflicted such losses on its troops that divisions of 2 divisions were reorganized, while Lieutenant General McNair, the highest ranking officer who died in World War II, was killed.


A lot of similar cases are connected with the American army. One example is simply anecdotal, if you do not take into account human sacrifices. As a result of the operation “Cottage”, American and Canadian soldiers landed on the island of Kyska, from which the Japanese garrison had already managed to evacuate. This operation entirely consisted of "friendly fire". Losses amounted to 313 people killed and missing, 1 destroyer was damaged! Such incidents have a very bad effect on the morale of the personnel of the howling armies. That is why the military is very interested in solving this problem.

In the twentieth century, it became even more acute, as gradually modern armies began to conduct active military operations at night. Determine where your own, and where a stranger in such conditions is quite difficult. If the system of identification “friend or foe” for different types of equipment is more or less good, then with ordinary soldiers the situation was worse. However, in the US, a possible way out was found - the use of special infrared tags on clothing. 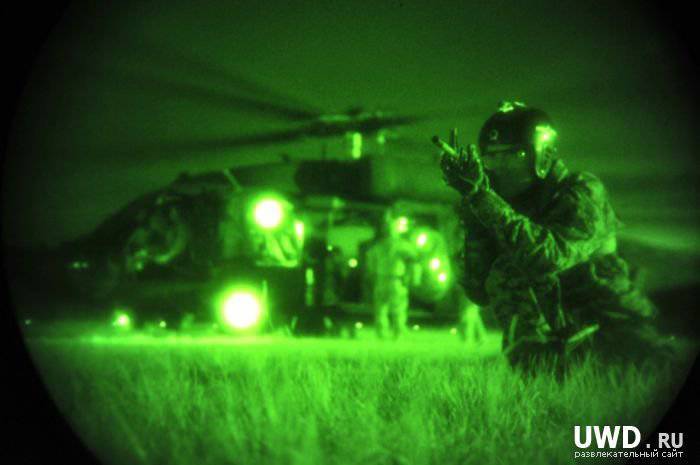 Not so long ago, information appeared in the press that the Russian Ministry of Defense completed tests of such infrared tags to identify soldiers when using night vision devices (NVD). These tags are planned to be sewn on the new sets of the WKBO field uniform - the all-season set of combat clothing, which was created by BTK Group. Due to the unique design, such tags give infrared illumination, which allows you to distinguish your soldiers from the enemy soldiers. The tag is planned to be made in the form of a rectangle and placed on the armbands. The option of placing on velcro is being worked out, so that in the afternoon this label can be simply removed.

The material of such a tag reflects only the infrared part of the spectrum, which makes it possible to observe a very bright point when using the NVD. At the same time, such a tag is not perceived visually, the human eye does not perceive this radiation spectrum. According to Vladislav Shurygin, the editor-in-chief of the magazine “Soldiers of Russia”, the first infrared tags on the uniform of their soldiers began to be sewn in the USA in the 80s of the last century. At present, such tags have become an indispensable attribute not only for soldiers of the American army, but also for combat units in many countries of the world.

There were similar tags on the previous version of the main American military uniform DCU, and on the modern version of the ACU. These infrared tags, resulting in the designation of ACU IR tabs, are great for solving the identification of "friend or foe". Labels on the American form are a square-shaped synthetic reflective material that, when directed at it at night, the infrared beam reflects it in some form. For example, it may be a square, a circle, etc. Due to this, at night it is possible to reduce the likelihood of shooting his ally by mistake. 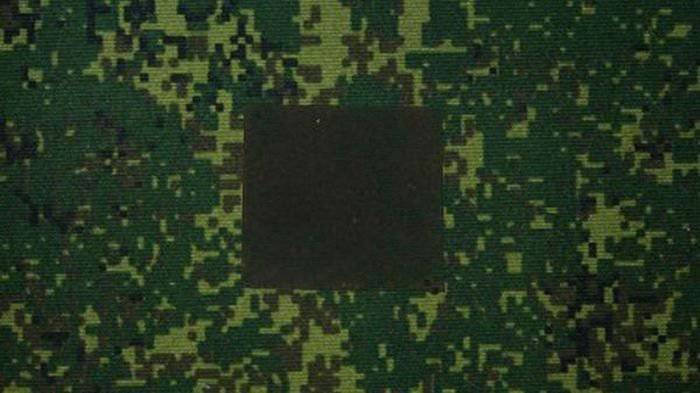 These tags are located on the back, on the chest, on the shoulders, as well as on all 4 sides of the soldier’s helmet. In this case, infrared tags are equipped with special velcro flaps, so that if necessary they can always be closed. Since these identification marks are used only by the military, their distribution is strictly limited (so that they do not hit the enemy). For example, in the open sale there is only civilian adaptation of the American military uniform, in which the same material is used (50% xb and 50% nylon), the same tailoring, but the tags are not sewn at all or cut off (if it is a used form).

According to Shurygin, before the American soldiers fastened these tags, called "cat eyes", on the back of the helmet. But with the 2000-s began to sew on their pockets. At the same time, the new tags turned out to be smaller than the old ones, which made them not quite convenient to recognize them with night vision devices. Currently, a large number of larger infrared tags are being manufactured for the military, which can be mounted on sleeves, body armor, hats, etc.

It is noteworthy that at the present time, the NVD is not enough in the Russian army, and those that, according to the military, do not make it possible to clearly distinguish the infrared tags. In the common NSPU (night vision device for small arms), low resolution and a small overview. Instead of a clear picture, he gives a muddy porridge and vague silhouettes. Therefore, without the use of modern good night vision devices, the sense of such tags will be scarce. 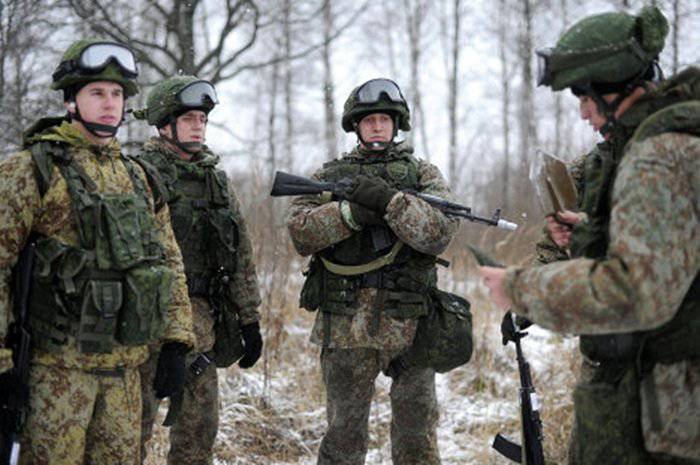 Viktor Murakhovsky, who is the chief editor of the industry magazine Arsenal of the Fatherland, believes that infrared tags may be useful in the near future. He believes that this situation with NVD, as now, in our army will not last so long. Money for the purchase of such products are allocated, the purchase of new systems and night vision equipment is being made. Over time, the Russian army will fully master the combat operations at night. It is then that these tags will become indispensable, as they will help to quickly identify their soldiers.

The expert notes that the experience of Afghanistan and Iraq has once again demonstrated that the armies of NATO countries prefer to fight at night, using night-vision devices. Currently in Russia, the most common and numerous night vision devices are riflescopes of the NSPU family, which can be installed on all types of small arms, starting with the famous Kalashnikov assault rifle and ending with hand grenade launchers. NSPU is a development of the 80-s of the last century and belongs to the NVN of the 1-th generation. From 2009, the Ministry of Defense of the Russian Federation began the purchase of night visions of Belarusian production “Yukon” and “Daedal” for infantry, belonging to the 2 generation. Along with this, work is being carried out in Russia to create a new generation of 3 generation of night vision devices.

Ctrl Enter
Noticed a mistake Highlight text and press. Ctrl + Enter
We are
Soldiers night vision systems and night sights for small arms (1 part of 2)Uniforms and equipment of the Red Army
63 comments
Information
Dear reader, to leave comments on the publication, you must to register.