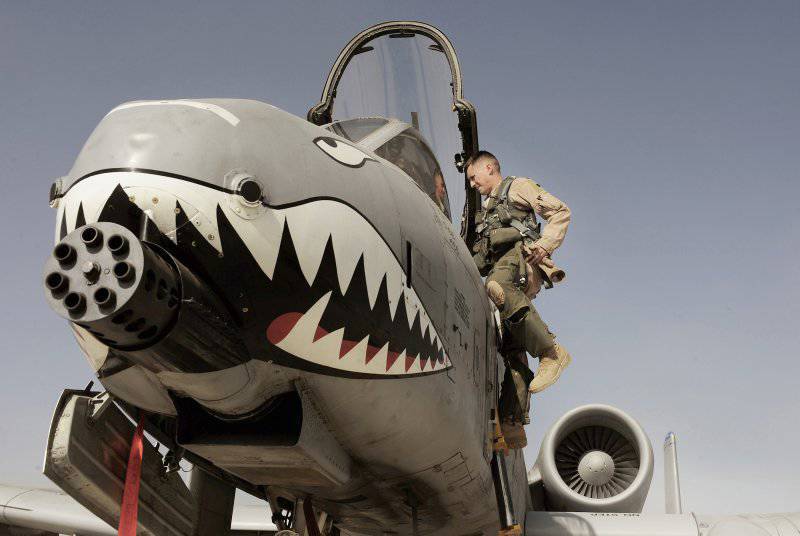 The last American A-10 attack aircraft left Europe. A-10s were developed during the Cold War to combat Soviet ground forces in Europe. There was no war with the USSR, and the A-10 turned out to be a formidable combat aircraft in subsequent conflicts, first in 1991 during the liberation of Kuwait, and then in Afghanistan and Iraq. Over the past decade in Afghanistan the most sought after aviation The support of the ground forces was A-10. A similar situation has developed with the A-10 in Iraq. The military of all countries quickly appreciated the unique capabilities of this aircraft of the era of the 1970s, which the US Air Force has tried several times to write off. Two years ago, the U.S. Air Force announced that they were writing off 102 A-10s, leaving 243 of these aircraft in service. At the same time, the air force accelerated the modernization of the remaining A-10s to the A-10C level. 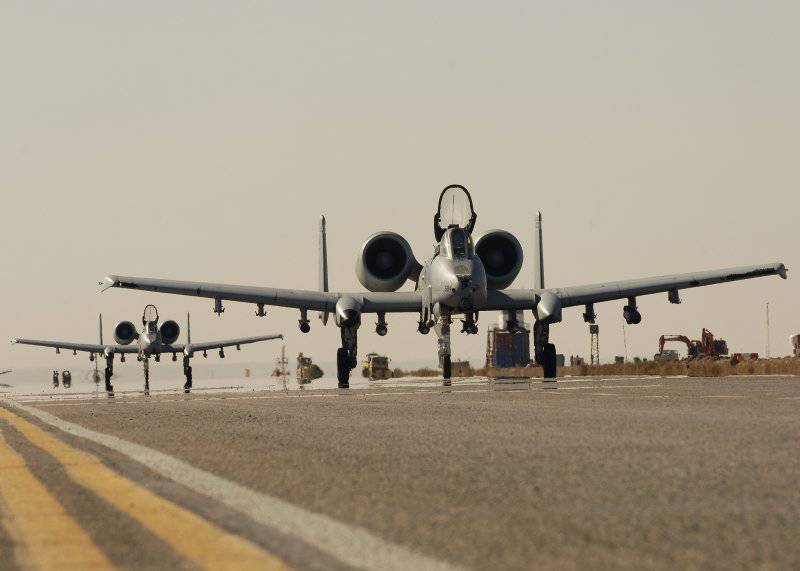 Modernized A-10, which are also intended for high-precision strikes, must remain in service until the 2028 year. This means that most A-10s will last more than 40 years and fly more than 16 000 hours. The process of modernization has been going on for more than five years. Improvements include new electronics, as well as airframe and engine repairs. A-10C provides the pilot with the same target guidance and fire control capabilities as the last fighter. The new A-10C cab has only color displays and easy-to-use controls. Since this is a single-seater aircraft operating at extremely low altitudes (it requires much more concentration of the pilot), all this automation in the cockpit allows the pilot to perform many more tasks with less stress, strain and danger. 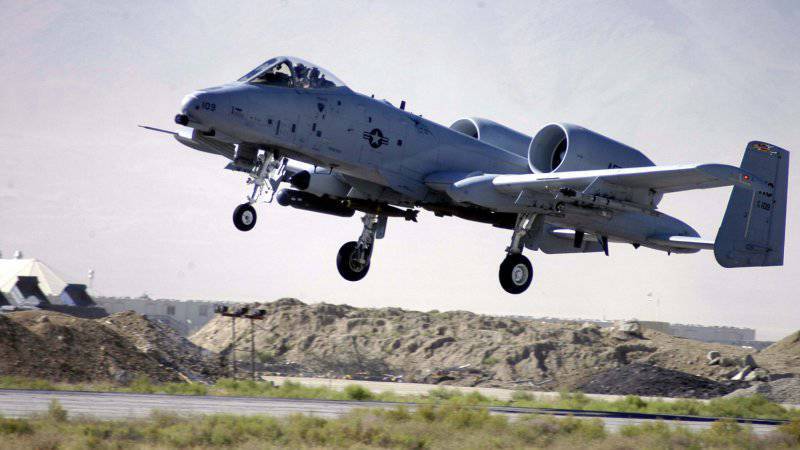 The basic construction of A-10 is related to 1960 years, in comparison with it the new additions look very impressive. A new communication system was installed, allowing the pilot to exchange photo and video information with ground forces. The A-10 pilot also has access to a tracking system for the position of his troops, so that on the display he can observe the location of friendly forces when using the 30-mm gun at low altitude. A-10 can now use smart bombs, making it a versatile fire support aircraft.

A-10 are widely used in Afghanistan. For example, A-10 Squadron consists of a dozen aircraft and 18 pilots. The average flight time of pilots is about 100 hours per month: about twenty sorties, an average of 5 hours each. Aircraft are patrolling over the entire south of Afghanistan in anticipation of a command to provide air support to ground forces. A-10, nicknamed "warthog" or simply "pig", is able to fly at low altitudes and low speeds, and its booking is able to withstand ground fire from small weapons. Troops trust A-10 more than F-16 or any other aircraft used for ground support. 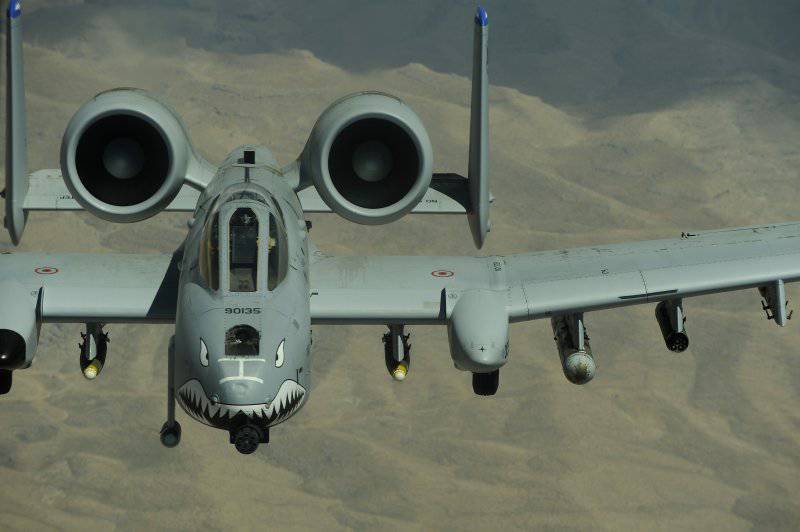 Single A-10 weighs about 23 tons, is equipped with two engines, its main weapon is a multi-barrel 30-mm cannon, originally designed to defeat Soviet tanks shells with armor-piercing cores. Currently, 1174 30-mm shells are mostly HE shells. A 30 mm cannon fires sixty-five 363-gram shells per second. A cannon usually fires bursts lasting a second or two. In addition, the A-10 can carry seven tons of bombs and missiles. Currently, the A-10 carries smart bombs (with GPS and laser guidance) and Maverick missiles. It can also carry a container with target reconnaissance and target designation equipment, allowing the pilot to monitor enemy activities using high-resolution day / night cameras. Cruising speed is 560 kilometers per hour, but the A-10 can patrol at a speed of 230 kilometers per hour. In Afghanistan, two outboard fuel tanks are commonly used to increase flight duration.

If another big war breaks out in any place on the planet, such as Korea or Iran, A-10 will once again be one of the most popular aircraft among the ground forces.

Ctrl Enter
Noticed oshЫbku Highlight text and press. Ctrl + Enter
We are
Donbass liberation day. That sun, then the rain over the sacred heightSituational analysis of the death of the MH17 flight (Malaysian Boeing 777), made on the basis of engineering analysis from 15.08.2014
Military Reviewin Yandex News
Military Reviewin Google News
61 comment
Information
Dear reader, to leave comments on the publication, you must sign in.