Errors of national policy in Russia on the example of the creation of Russian and Tatar identities: an opinion 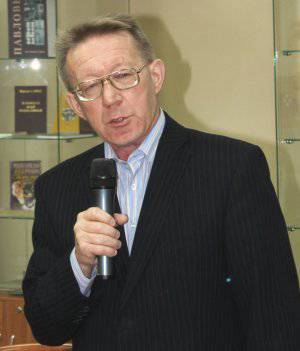 It is not a secret for anyone that today’s general vector of development of Russia is not defined, and Russian society is in need of some kind of universal idea that can unite and unite all social strata. However, the years go by, and the vector is not located and the consolidating idea is not formulated. What is the reason? I will try to answer some questions that, it seems to me, are long overdue and every day bring the socio-political crisis in our country closer.


First of all, this is the ideology of Eurocentrism, which is adopted by the leadership of Russia. Eurocentrism is a set of false assumptions: a civilization mission, combined with universalism, multiculturalism and, as a result, the creation of national states within large ones, such as Russia, India or China. They are the targets of the West and the United States and are subject to deconstruction through the "self-determination of peoples" and the creation of armed conflicts in their territories.

Unfortunately, it is on the basis of this approach that the Concept of National Policy in the Russian Federation has been developed. It does not reflect reality and does not provide answers to urgent questions. The situation that has developed in Russia in the relations of ethnic groups is a real antagonistic conflict. While it exists in a latent form. At its base is a series of national issues (Russian, Tatar, Mordovian, Jewish, etc.), the resolution of which is delayed, but all of which are caused by a policy of constructing a "civic nation" that effectively abolishes ethnic groups in Russia.

Consider these problems on the example of the formation of Tatar and Russian identities. The identification of Tatars and Russians comes in the form of a Russian super-ethnos — a cultural-historical type made up of Turks, Iranian-Alans, Finno-Finns, Eurasians, Slavs-Russians. The system "I - we" exists in the Russian-Tatar type of education and training, the type of general stories, self-consciousness - “I am Tatar” and “I am Russian” with two native languages, general literature, their roles and statuses in the social structure of the Volga economic region and Tatarstan.

Identification of the so-called "Russians" into a civil society-state is a nominalistic constructivist fiction, which disappears when the argument changes. After all, statehood is a variable structure. Identification in Russian superethnos, Tatar ethnos - primary, genuine and primordial, autochthonous. The form of the state is easy to change, and ethnic identification cannot be changed by population and socio-demographic.

State, regional, socio-occupational identifications and identities are secondary, imposed by force without an essential identity. Of course, statistically it is possible to show the growth of all-Russian identification, but it is the external form that quickly forms and quickly disappears, not denying the separatist process, not denying terrorism (in Tatarstan it will increase), but suggesting it in line with the growth of Tatars' self-awareness.

At collision of primary and secondary identification secondary disappears. Considering that the external geopolitical factor aims at eliminating the Russian people and the Russian state, ethnogenesis in the “national” subjects of Russia will support the separatist process, if it is not organized by solving the emerging super-ethnic issues.

Another factor is Wahhabism. This is an indicator of the genesis of new social and ethnic groups. And this is not pure terrorism. His terrorist image and behavior - reactive and constructive behavior should be considered in the model of Eurocentricism and Western aggression against all the peoples of the world.

Another reason is the administrative and territorial structure of Russia. In fact, in the economic regionalization of Russia, the title ethnos act as subjects. Distorted descriptions of reality are created, on this basis, political decisions are made that accumulate errors and lead to a general catastrophe.

However, it should be borne in mind that the people in power on moral and educational grounds cannot make decisions on truth, justice, equality and decency. In the Russian Federation "a criminal state is created by thieves and for theft" (M. Weller), and therefore the judgments of scientists cannot influence decision-making.

Theories of self-determination of ethnic groups V.I. Lenin, cultural-national autonomy of K.Rener, superethnos (N.Ya. Danilevsky and L.Gumilev) are not outdated. The territorial principle never allows compromise and equality; he brings with him only struggle and oppression, since his essence is domination. The time of the republics, if ethnic groups want to develop and compete with other ethnic groups, it’s up! Russia will face the fate of the Austrian Empire, if by 2025, the republics will not be replaced by ordinary economic regions.

Not the last role is played by other political steps of the Russian leadership. For example, the result of the current educational policy of the Russian Federation will be the development of self-awareness of titular ethnic groups for the exit of republics from the Russian Federation - due to the lack of identity and the accumulation of cultural differences. This is how the sociocultural dynamics of non-Slavic subjects of the Federation unfolds. At the same time, the Russian super-ethnos is being deconstructed in order to form an assimilative population group.

The problem of migration is obvious - stimulating migration is necessary to increase the rate of profit in a private-ownership and democratic economy and to assimilate ethnic groups. Only partial migration is natural in order to preserve ethnic groups as a natural evolutionary diversity, and therefore migration should be prohibited by law, and the state is focused on equalizing working conditions in all regions of the Russian Federation.

All these contradictions are most vividly, although in a hidden (latent) form can be observed in the Republic of Tatarstan. In Tatarstan, the construction of a purely Tatar Islamic highlighted reality is now taking place. The leadership of Tatarstan actually constructs the Islamic reality (Islamic barbershops, studios, taxis, festivals of Muslim fashion, cinema, etc.), in which representatives of the Russian ethnic group have no place. This constructivism is based on strength, not truth and justice.

Equally, the construction was the image of the world in the national socialism of A. Hitler, which, by the way, is no less objective than Turkic fascism or the present constructivism of Moscow in the form of non-interference in the affairs of the Tatar criminal elite.

An analysis of the state of education and culture in the Republic of Tatarstan shows their general degradation. In particular, the deterioration of the knowledge of Russian literary language leads to the degradation of the scientific discovery and inventive thinking of the Tatar ethnic group. The imitational nature of technology parks leads to degradation; imitation of transformations in secondary and higher schools (for example, Kazan Federal University); ousting the Russian component from the academic and artistic elites; the schism of the Russian school into Mari, Chuvash, Mordovian, Udmurt, Jewish schools.

Studying in such schools specifically develops de-identification, provokes the growth of racism and nationalism, leads to the formation of self-consciousness of the Tatar people - for secession from the Russian Federation and forcing out of Tatarstan people of non-Tatar ethnicity.

Literary Russian language is a sufficient condition for the development of the ability of scientific thinking in general; thinking is difficult in the languages ​​of mathematics and physics without a literary language. Ultimately, such a model of education, with which the Federal Center agrees, leads to the elimination of the Russian Federation as a whole on the basis of the ongoing constructivist policy of shaping the population as a civilian state community (V. A. Tishkov). This is just a matter of time and duration of the decay of Russia on the basis of oil money and the export of oil and gas abroad.

I note that today the Federal Center is not Russian, it is deeply cosmopolitan and represents not the Russian people, but the pseudo-ethnos - “Muscovites and Leningraders”, parasitizing on the Russian people and the ethnic groups of Eurasia, including on the Tatar ethnic group. This is also a condition of growing ethnic and interregional tension, which is constructed artificially in order to maintain the power of the Center. Therefore, the Slavs-Russian abandoned in the ethnic republics to the mercy of fate and will never be supported.

The agglomeration of institutions at the University of Kazan, the merger of universities in Moscow and other cities, the wild definition of effective and inefficient universities - barbarism, obscurantism, a complex of homo debilis (weakness of intelligence) power. What is needed is not giant centralized freaks such as the Far Eastern University or Kazan University, but consortia and the Confederation of Universities, which have funds ranging from 25 million euros to 100 million euros, while maintaining and increasing state financing of all universities, regardless of ownership. Growth funding required at least 15% per year.

What is the social system in Tatarstan and what is the measure of violence and coercion in government? The current Tatarstan is a feudal-clan, criminal system, a system with limited access to property and power, lack of upward social mobility, a system in which policies of resource usurpation, deprivation of access to power, abuse of power, inequality and hierarchy are carried out. Duration of employment positions, lack of cadence lead to curtailment of investments and their inefficiency.

In addition, the Federal Center today has no theoretical and experimental basis for national and reproduction policies. He sells the local criminal elites the right to exploit local resources and control, non-interference in the affairs of elites and their struggle for the necessary for the central government election results to the State Duma and presidential elections, loyalty to the people in power.

As a result, instead of calm and balance, we have acts of terrorism and Wahhabism, growing inequality and hatred. At the same time, there is no real protest movement. Under these conditions, the bourgeoisie increases profits by reducing the cost of labor, reducing spending on education and health care, without investing money in fixed capital and increasing productivity of labor. In Tatarstan, purely Asian feudal clan capitalism is being formed with a racist component.

To escape from this development option, a model of the joint history of the Russian and Tatar ethnic groups, the Eurasian history in its geopolitics and confrontation of both Turks and Slavs - the West is necessary.

In the meantime, the future depends more and more on the randomness of the struggle of the clans than on the deterministic and stable processes. They lead to the death of the Russian people, the Russian state, including the Tatar people. The probability of accidents, allowing to generate an expanded reproduction of the Russian and Tatar peoples, is reduced.

As for the "historical grievances" between the Russians and the Tatars, there is something in history that must be remembered, and that, while preserving knowledge of him, in the words of F. Nietzsche, one should forget. The history of the Russians and Tatars was formed as a common one, we together stood in competition with the West and the East. We have a common Russian great history, and separately we will disappear. Our destiny is to live, fight and die, or survive - together!

Tatar ethnos is a subethnos of the Russian people. His death will not allow parts to survive, because with the death of the Russian people in Eurasia, other peoples will establish themselves, among whom there will be no place for either Russians or Tatars. Today, both Russians and Tatars have approached the line of historical and biological death, crowding out into non-being. The Russian people can survive, if only it preserves its integrity, and individually no Eurasian ethnic group will survive in competition with the EU, China, Iran, Turkey and Japan.