Heroes of Russia: SWAT 1812 of the year. Methodically, covertly, without guerrilla ... 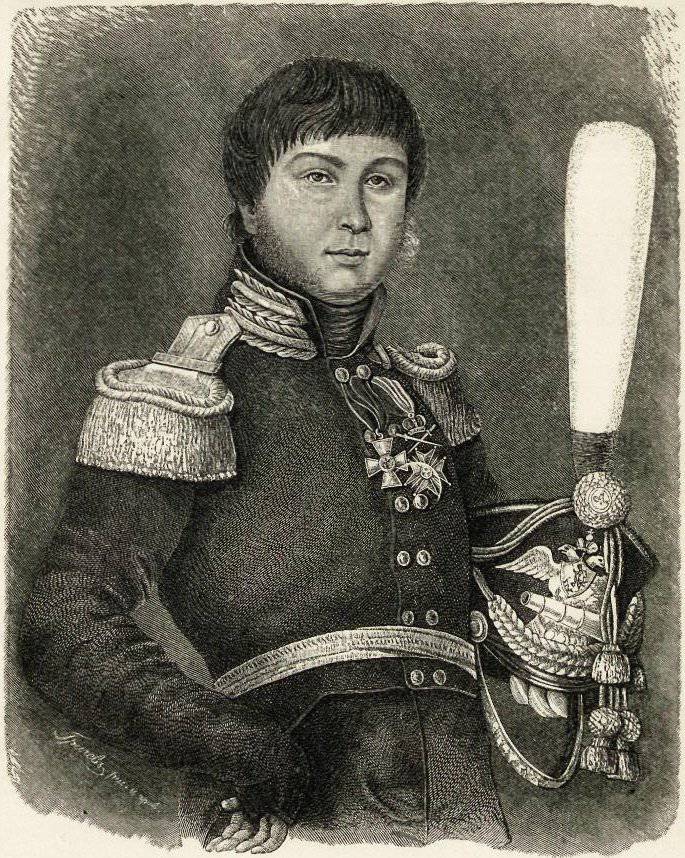 In the literature on the Patriotic War 1812 of the year, the word "partisan" is certainly found. Imagination, as a rule, slips the corresponding picture: a bearded man, hooking on the pitchfork of the French "musia". Such a peasant didn’t know and didn’t want to know any “top” bosses, hence the term “partisan”.

But partisan in those years were called the units of the regular army, designed to act in the enemy's rear and subordinate to the high command. "Partisan" in these units and did not smell. Discipline was iron, they acted on a single plan. In modern terminology for the units of this kind, another name was established - “special forces”.

Of the fighters of the then “special forces”, the most famous are Seslavin, Dorokhov, Vadbolsky, Fonvizin, Prince Kudashev and, of course, Denis Davydov. But now we are talking about another person, whose life, as a contemporary wrote, “was bright and short, like a rapid flash of a meteor in the night sky ...”
His name was Alexander Samoylovich Figner.