31 May 2013
149
According to the National Bank of Qatar, the proven reserves of natural gas in this country reach 25,06 trillion. cubic meters. Experts have calculated: such reserves allow a small state to produce gas in the current considerable volumes for as many 160 years. 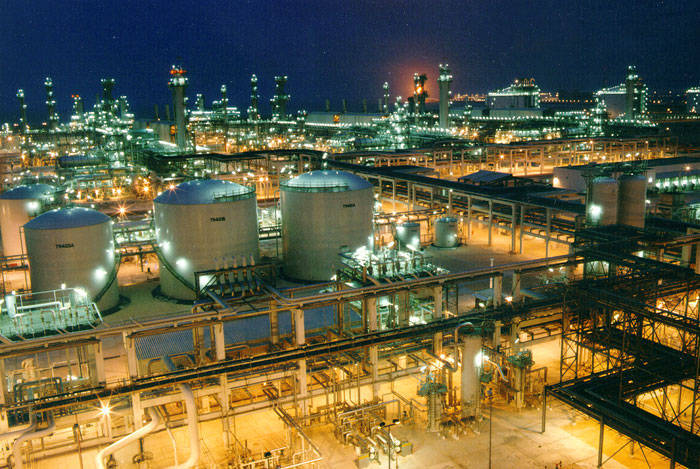 As indicated correspondent ITAR-TASS Vitaly Makarchev, the main reserves of Qatari gas are located in the North Field offshore field. In 2012, Qatar produced 420 million cubic meters of gas. Since 2006, this country has been holding the world championship in the export of liquefied natural gas. Last year, Qatar supplied 77 million tons of blue fuel (almost all of the LNG produced by it) to foreign markets, which amounted to 31% of the global export of liquefied gas.

There are reports that the Arab state is considering the issue of building a strategic gas pipeline to the European Union. He will pass through Syria and Turkey.

An unnamed employee of the City of London noticed in an interview with a correspondent. ITAR-TASS:

“The events now taking place in Syria, Qatar’s wide and intensive support for the Syrian armed opposition, is largely determined by the fact that Qatar is seeking to enter the EU’s internal gas market and become a strategic supplier of fuel to the EU.”

Thus, it became clear yet another reason for the war in Syria, and at the same time the reason why Qatar is actively arming the Syrian militants and opposing Bashar al-Assad.

Journalists sounded the alarm: with Qatar gas competition in Europe, what will happen to Russia?

Yuri Levykin (Utro.ru) writes that the basis of the Russian economy - gas exports - may soon be under threat. Indeed, thanks to close cooperation with Exxon Mobil and BP, Qatar has the most advanced technologies in the field of gas production and liquefaction.

In addition, Qatar is able to lead in the export of LNG, which has its own transport fleet, consisting of ultra-modern gas tankers with a displacement of up to 270 thousand tons.

Finally, relatively easily recoverable gas reserves with a relatively small population of the country provides Qatar with annual economic growth in more than 10% (one of the best indicators in the world).

According to Yu. Levykina, Qatar, which is developing new gas markets, is already beginning to compete with Russia in Europe. Qatari LNG and the shale revolution are one of the main reasons for Russia's defeat in the liquefied gas market, the journalist writes.

Moreover, there are unfounded assumptions that Qatar is about to enter the European markets with natural pipeline gas. And such a circumstance can inflict a crushing blow on Russia's energy power.

“... Due to the lower cost of Qatari gas, the entire system of gas supplies to Europe, built by Gazprom for years, could collapse. And for this, Qatar does not need to completely squeeze it out of the European market. The appearance on it of even insignificant volumes at a lower price than that of Gazprom will force the Russian monopolist to lower the price tag and change the terms of the contracts. However, unlike Qatar, with its cheaper gas and modern extraction technologies, the possibility of a price war with a Russian supplier is seriously limited. ”

The coming attempt of Qatar to enter the European market with pipeline gas is indicated by the assumptions of many analysts who link the events in Syria with the desire of Qatar and its influential allies to build a gas pipeline to the Mediterranean Sea bypassing Iran. The latter, due to political reasons, is the main limiter of the Qatari gas expansion. Therefore, Qatar is interested in a bypass pipe passing through Syrian land.

In the case of the fall of Assad, the journalist writes, Qatar will have the opportunity to bring the gas pipe to the Mediterranean Sea, and then take it to Europe. And then there will come sad consequences for Russia.

But it cannot be said that the dangers of such a development of events were not realized in the Kremlin. This, the author of the material notes, and its rather tough position on Syria is substantiated.

Another Russian gas warning came from Skolkovo. Roman Markelov (Rossiyskaya Gazeta), referring to the research data of the energy center of the Moscow School of Management Skolkovo, writes that by 2020, Russia risks completely giving the LNG market to its competitors if it does not introduce new production facilities.

According to the report's authors, the prospects for the Russian LNG market for the next seven years are no more than 6% growth. Moreover, this indicator will be able to provide only the timely commissioning of Russian plants.

If this does not happen, then, as analysts say, Russia's share in the LNG market will be reduced to two percent. Meanwhile, following the results of 2012, the Russian Federation occupied the 8-place in the world with a market share of 4,5%. Recall in the first place - Qatar.

As for the demand for liquefied natural gas in the world, analysts predict its growth. The largest consumers of LNG are Japan and South Korea. Europe will not lag behind in gas purchases: in the Old World, the demand for LNG will more than double in 2020 year. Global demand for this time is estimated by experts at 400 million tons per year. And by the year 2030 - even in 500 million tons.

Competitors of Russia on the world stage are Australia and the United States. In the next six to seven years, these countries may increase production capacity to 580 million tons per year.

"Any projects that will not be able to provide a source of demand for the period 2016-2020 for some period of time may be outside the market."

Against this unfavorable background, the president of the Russian Gas Society, Valery Yazev, also singled out among others the Qatari factor. Alexey Tsypin and Denis Dubrovin talked with him (ITAR-TASS, Moscow - Brussels).

Skeptical about the “shale revolution,” Valery Yazev said that in terms of competition with Russian gas, Australian, Iranian and Qatari gas are significant on the market today.

“We are not afraid of competition. As you know, Gazprom in the European gas market is in a situation of tough competition between the largest suppliers of natural gas and at the same time occupies a leading position. These positions no one brought on a plate. This is the result of effective work ... "

In the article "Is Qatar waiting for a cloudless future?" ("Le Huffington Post", France; source of translation - "InoSMI") Benoit Margot, consultant and specialist in Middle Eastern geostrategy, writes that Qatar was lucky. But, proceeding precisely from this very luck, the achievements of Doha are prematurely called sustainable.

Extremely favorable conditions have been created for the dizzying takeoff of tiny Qatar. At the disposal of this state are: 1) gas; 2) Emir Hamad bin Khalifa Al-Thani, who for years 20 embodies his country's international ambitions; 3) is a deep economic crisis of the Western capitalist world that originated in the USA in 2007 year. Qatar’s hand and the current absence of a regional leader is due to the “Arab Spring”.

Since the beginning of the global financial crisis, the volume of Qatari investment in Europe has steeped upward. The influence of Doha in the Maghreb and in the Middle East reached its apogee from 2011.

“At the moment, the traditional Atlantic powers are losing ground in the Persian Gulf. Egypt was in a state of permanent revolution. Saudi Arabia and Algeria are gerontocracies under general anesthesia. Libya can’t find the way to the future. An explosion is brewing in Iraq, and Syria is heading for the abyss of self-destruction.

In such conditions, smart Qatar decided to take an empty place ... "

Today, Qatar is trying to prepare the ground for the future in order to secure a solid place in the international arena. In 2008, the Qatar-2030 program was launched. The emirate intends to circumvent foreign countries in the field of technology through the development of new sectors of the economy. Qatari also closely monitor the market for raw materials.

What is the weakness of the plans of Qatar?

The emirate, the expert writes, may lose its trump cards, as well as pay a high price due to a change in trends in the international arena. Gas market prices can go down. The shale gas boom will affect the competitiveness of Qatari gas, especially considering the weak diversification of its customers. Asian consumers can reorient themselves to Australia, which has every chance of ousting Qatar from the first place.

As for Europe, local customers may consider the recently discovered deposits in the eastern Mediterranean as well as future projects in Russia to be preferable.

Another risk factor: the Emir of Qatar, apparently intends to soon leave power. His health deteriorated, and he was about to hand over the throne to Crown Prince Tamim. A son can not boast of charisma or political vision of his father, the journalist writes. In addition, there is also the “gray cardinal”, the rival of the emir - his cousin Hamad bin Jaber Al Thani, who is now combining the posts of prime minister and minister of foreign affairs.

But the main thing is the geographical location of the country. This small and arid country, reminds the author of the material, almost completely relies on other states in ensuring their security, food needs and even labor.

The tiny Emirate is dependent on the favor of foreign patrons: in exchange for security, Qatar may turn out to be a US-Saudi protectorate. The Emir, according to Benoit Margot, must think about the precedent of neighboring Kuwait, which was never able to recover from the Iraqi invasion of 1990.

Let's sum up. Qatar turned out to be both an economic and geopolitical rival of Russia. In the gas issue, he ambitiously aimed at ousting Gazprom from Europe, and politically - at shifting Bashar al-Assad in Syria. Both targets have a gas background. And what about Russia? By not letting the West and the monarchies of the Gulf tear apart Syria, it takes care of its own economic security.

Observed and commented on Oleg Chuvakin
- especially for topwar.ru
Ctrl Enter
Noticed oshЫbku Highlight text and press. Ctrl + Enter
We are
Results of the week. “He declared this vile thought as his achievement and called tolerance”Russia: between Qatar and Nabucco
Military Reviewin Yandex News
Military Reviewin Google News
149 comments
Information
Dear reader, to leave comments on the publication, you must to register.