Is the empire striking back? ("Uwazam Rze", Poland) 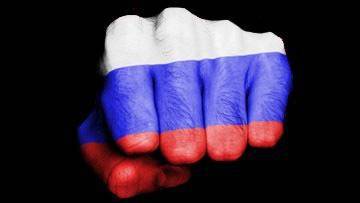 Fear of revolution and the onset of Islam - these are the main factors that determine Russia's foreign policy today. Moscow is trying to increase its military presence wherever possible. Contrary to logic and in defiance of world powers, she tries her best to keep the regime in Damascus and is increasingly trying to play the first violin in the internal politics of Ukraine.


According to some Russian political analysts, the new presidential term of Vladimir Putin and the “militarization” of foreign policy that began with him are rather a defensive reaction and manifestation of phobias of the Russian leader than a real manifestation of the power and great-power position of the Kremlin. One of the leaders of the Russian opposition, chess grandmaster Garry Kasparov, predicted a few days ago in an interview with the Spanish newspaper El Pais that radical changes were coming in Putin’s Russia. “This is agony, the regime has become less flexible, it has less room for maneuver, it enters the last phase. I believe that in the next two to three years we will observe a massive explosion, which will cost the country very dearly, ”said Kasparov. However, before it comes to this, Russia can still pull the nerves of its neighbors.

“Unlike Dmitry Medvedev, Putin looks at all the events in the complex: for him, foreign policy is a single whole. He, like his predecessor, has already come to terms with the fact that Russia will not be a global power, and agreed to the role of a regional power, the scope of activity of which extends from Europe to the Pacific Ocean. However, unlike Medvedev, Putin does not refuse to influence events that occur beyond the narrow sphere of interests, since for him every element of the world order has a direct impact on the situation in Russia, ”said Russian political analyst Fyodor Lukyanov.

Syria, or how to protect the underbelly

For many years, the USSR was an influential player in the strategic space of the Middle East: it supported the Palestine Liberation Organization, almost 30 years actually contained the only "people's democracy" state on the Arabian Peninsula - the Democratic Republic of Yemen, maintained excellent relations with Iraq, which was ruled by an iron hand Saddam Hussein and the Baath party. Now, from the Kremlin’s once extensive sphere of influence, there remains only Syria, torn apart by civil war, and there the only Russian military base outside the former USSR is the port of Tartus on the Mediterranean Sea.

It is not surprising that Russia (in essence, completely alone) supports the regime of Bashar al-Assad and blocks in the UN Security Council the project of imposing sanctions against Damascus. The Kremlin sets three conditions: a change of power should occur only through elections, no state should arm the opposition or carry out an armed invasion of Syrian territory, and the international community should refrain from any kind of sanctions against the Syrian leadership.

According to experts, Russia fears the domino effect: the Kremlin perceives the struggle for the overthrow of the Syrian regime as another (after Tunisia, Libya and Egypt) stage of the “Arab spring”, the development of which could be the overthrow of the Ayatollah regime in Iran and new revolutions: “The soft underbelly of Russia,” that is, in the authoritarian countries of post-Soviet Central Asia.

A firm stance on Damascus may be an attempt to regain its previous position after Libya’s easy return: Russia's passive stance against Gaddafi under the presidency of Medvedev and the consent to the ban on flying over the country, which allowed the rebels to win, did not bring Moscow any benefit. Quite the contrary: the new authorities have ceased to reckon with Russia's economic interests, culminating in the gap of $ 4 billion in contracts for the supply of Russian weapons.

Political analyst Fyodor Lukyanov believes that Russia has already reached the ceiling in Syria. The regime in Damascus will fall sooner or later, so it's time to decide how to complete the game in order to extract more benefits from it. In exchange for contracts, the Kremlin can simply sell the Assad regime, or it can act as an intermediary guaranteeing the Syrian leader security if he leaves, and take part in the formation of the new leadership of Syria.

One way or another, the West will still have to fight for the Kremlin to change its position. Since the collapse of the USSR, Moscow has failed to achieve any success in the Middle East. The victory of the opposition and the overthrow of the regime in Damascus will open the way to new coups - already in Central Asia, and then Russia will face Islam one-on-one. If we add to this Putin's phobia in relation to revolutions, the conclusions become obvious.

It was precisely fears of impending revolutions that could incite Moscow to embark on expanding the military structures of the Collective Security Treaty Organization established at the beginning of the 90s. This organism includes Armenia, Belarus, Kazakhstan, Kyrgyzstan, and Tajikistan. Uzbekistan and Russia, for many years remained essentially dead. Now the Kremlin has suddenly decided to modernize the military structures of the union: it even speaks of creating an air "fist" that hangs over Central Asia and will defend local regimes from revolutions. “We are ready to fulfill our mission as a guarantor of stability in the Eurasian space,” says Vladimir Putin. “The creation of crisis response mechanisms within the Organization provides for the use of its potential in the event of internal crises in the territory of the member countries,” said Marat Tazhin, former secretary of the Security Council of Kazakhstan.

According to experts, the Kremlin drew conclusions from the wars in Iraq, Afghanistan and Libya, which showed that in the current armed conflicts the forces of one infantry cannot ensure victory. In favor of strengthening aviation structures speaks also the specificity of the region, the mountainous relief of which complicates movement on land.

Thus, Russia relied on a radical increase in air strike forces. fleet... If in 2011 the aviation received 20 new aircraft, then a year later - already 35, and in 2013 the allied forces will receive at least 40 Su-30 and Su-35 fighters, as well as Su-34 bombers. It is also planned to modernize several Russian long-range bombers and at least 140 fighters and attack aircraft. The first of them will go into service with the Moscow strike forces this year. Their main location will be the 999th Kant airbase on the territory of Kyrgyzstan. They will become the air fist that will come into action if a revolutionary wave from North Africa and the Middle East hits post-Soviet Central Asia.

The fifth column goes to the Dnieper

It is impossible to imagine Russia in the role of a regional power without control over Ukraine. Contrary to the conviction of some European politicians, this is not about creating an outpost for a hypothetical attack on Western countries. Even if one imagines that the Kremlin decided to make some kind of war with Europe, it would have had enough of the missiles aimed at Western targets, as well as the troops deployed in the Kaliningrad region and in the territory of Belarus. Ukraine is first and foremost a giant breadbasket capable (despite predatory farming methods) to feed Europe. Control over Ukrainian black soil is a guarantee of a leading position in the world in the face of the projected food crisis.

Not surprisingly, the Kremlin called its great success an agreement to base the Russian Black Sea Fleet in Sevastopol, which, wanting to appear before Moscow in a positive light, gave the team of Yanukovych to Putin shortly after his victory in the 2010 presidential election of the year. In late April of this year, Russia declared that it plans to increase its military presence in the Crimea. Soon the fleet will receive a new frigate, the Admiral Grigorovich. “It will be launched this year and will be the first in a series of six patrol ships of this project equipped with long-range missile systems,” said Vice Admiral Alexander Fedotenkov. In addition, six new submarines and seven combat boats will appear in the Black Sea.

However, the military guarantee for the position of the Kremlin in the region is not served by warships, but by the mechanized troops in Crimea, which are ready to start active operations at any moment. This kind of expeditionary corps, consisting of one and a half tens of thousands of soldiers, serves as a scarecrow for Ukrainian politicians who seriously think about rescuing the Crimea from Russian guardianship, as well as support for the political fifth column, the creation of which has already been officially announced on behalf of Moscow by Konstantin Zatulin (member "United Russia" and the director of the Institute of CIS countries, which the Ukrainian authorities after the Orange Revolution three times called persona non grata, accusing them of subversive activities). The new pro-Russian organization must become a competitor for the ruling Party of Regions. The Russian Movement began work on 14 in May in Odessa, discussing at the program conference “the issues of creating a union of Russia, Belarus and Ukraine - at least its eastern and southern regions”.