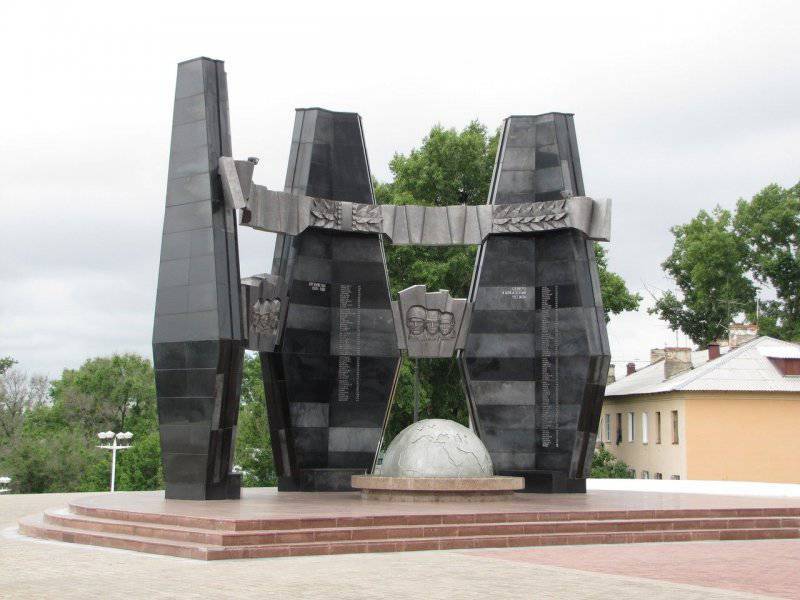 By order of the government of the Khabarovsk Territory, the name of the chief of staff of the special purpose detachment "Typhoon" of the Eastern Regional Command of the Interior Forces of the Ministry of Internal Affairs of Russia, Lieutenant Colonel Ivan Maslov was included in the list of those killed in local wars and military conflicts at the Khabarovsk Square Memorial Complex.


17 August 2011, Lieutenant Colonel Ivan Maslov, led the search for an armed gang in the Khasavyurt region of the Republic of Dagestan. After its discovery, a battle ensued, during which the bandits attempted to break through the special forces' combat formations. Lieutenant Colonel Maslov brought into reserve the reserve, which he headed personally. By making distracting maneuvers and firing at the militants, he allowed his subordinates to leave the flank attack, regroup and re-enter the battle from advantageous positions. Covering his comrades, he was seriously wounded, but continued to fire and control units. The wound was incompatible with life.

Thanks to the high professionalism and courage of the special forces officer, the death of military personnel was prevented, and the militants were neutralized.

By decree of the President of the Russian Federation on January 9 2012, for personal courage, bravery and heroism, shown in the performance of military duty in conditions associated with risk to life, the chief of staff of the special purpose unit "Typhoon" of the Eastern Regional Command of the Interior Forces of the Ministry of Internal Affairs of Russia Lieutenant Colonel Maslov Ivan Vladimirovich was awarded the title Hero of the Russian Federation (posthumously).